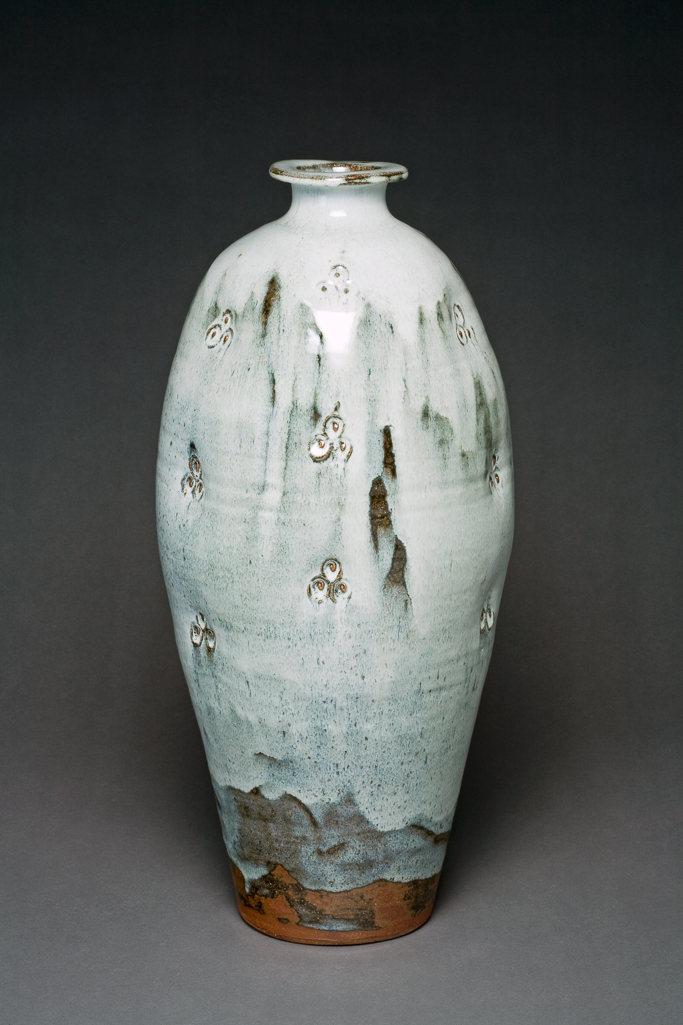 Red-brown stoneware, thrown, with impressed decoration under dark brown and semi-opaque white gazes. Tall ovoid form with a short cylindrical neck curving outwards at the top into a flat, circular rim. The upper two-thirds of the body is scattered with impressed groups of three oval depressions with a 'tadpole' shape in the centre of each. nThe majority of the vase is covered with semi-opaque white glaze, and the lower area with a raku-like brown glaze.

Text from object entry in A. Game (2016) ‘Contemporary British Crafts: The Goodison Gift to the Fitzwilliam Museum’. London: Philip Wilson Publishers: Jim Malone trained as a teacher in North Wales and taught in secondary schools for three years before studying Ceramics at Camberwell in 1972. On graduation, he spent a year working with Ray Finch (1914–2012) at Winchcombe Pottery and then established his first studio in North Wales, before moving to Cumbria where he still lives and works. Malone’s influences are South East Asian, thirteenth-century Chinese and sixteenthcentury Korean wares, and he works mainly in stoneware with incised or brushed decoration. His work can be best understood within the influential tradition of twentieth-century British studio ceramics spearheaded by Bernard Leach (1887–1979) and his Japanese contemporaries such as Shoji Hamada (1894–1978). Malone has been a highly respected maker within this tradition, and his works are held in many public collections. He exhibits regularly at solo and group exhibitions, and Manchester Metropolitan University has published a slide set with commentary and a video by Alex McErlain entitled Jim Malone: Artist-Potter. Jim Malone: ‘Shoji Hamada said there were two kinds of pot. The first he compared to hothouse plants, the second to a tree growing on the mountainside. In his own work he aspired to the latter; I have endeavoured to do likewise.’

except for the base Glaze Stoneware

Inscription present: A underlined in a square outline 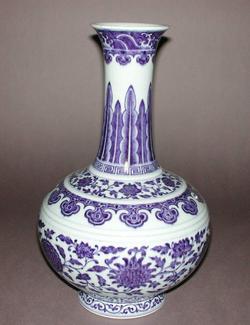 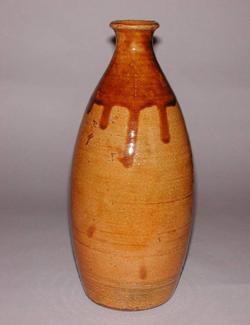 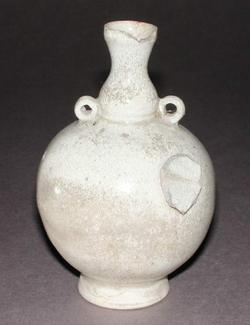 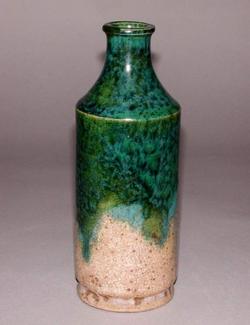