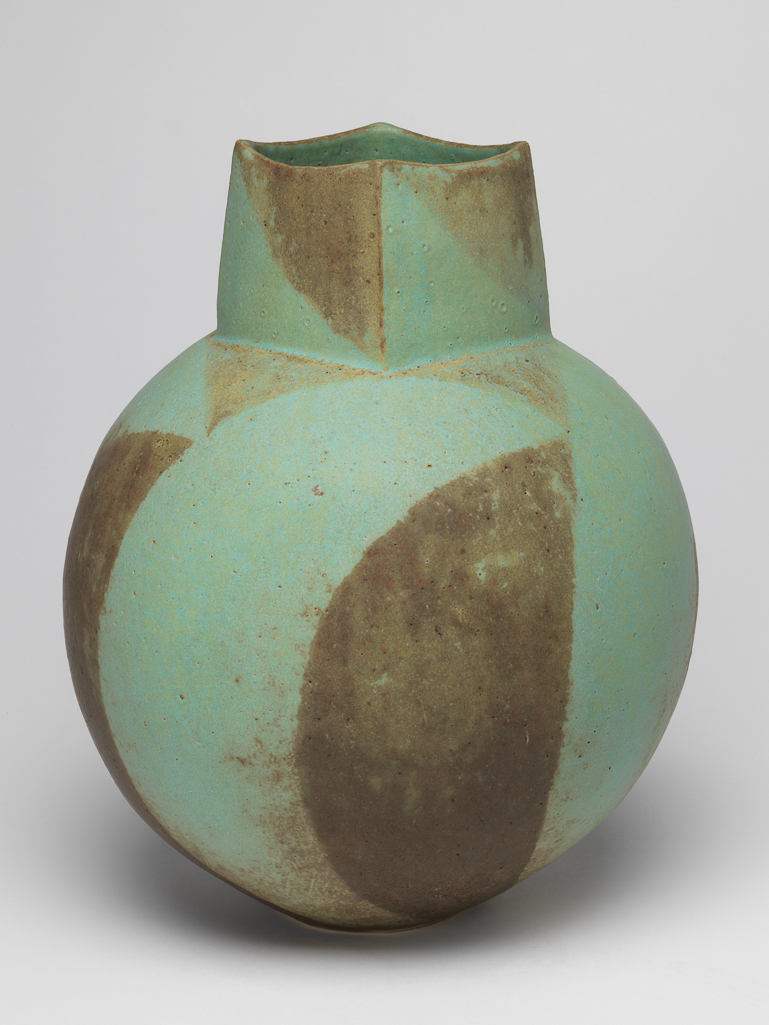 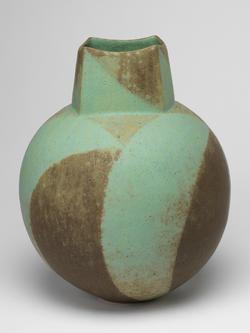 Stoneware, painted with bubbly opaque turquoise-green, and pale brown glazes. Bulbous with a square neck with four incurved upper edges, the base impressed with a flowerhead radiating from a small impressed rectangular mark, surrounded by a flat unglazed area on which the vase rests. The inside and outside are coated with turquoise-green glaze or slip. The outside of the lower part of the body is decorated with reversed D-shaped areas of pale brown, the shoulders with triangles, each side of the neck with pairs of triangles forming squares.

Text from object entry in A. Game (2016) ‘Contemporary British Crafts: The Goodison Gift to the Fitzwilliam Museum’. London: Philip Wilson Publishers: John Ward studied Ceramics at Camberwell School of Arts and Crafts establishing his first studio in London in 1970 before moving to his current studio in Wales in 1979. An early champion of his work was Henry Rothschild (1913–2009) who included him in a number of shows at his influential Primavera gallery in Cambridge, recognizing the skill and balance of the vessel forms. Works are hand-built, pinching out from the base, then flattened coils of clay are added to produce hollow shapes. Glazes and slips are applied to the surface to create a dynamic pattern which emphasises the geometry of the form. Ward cites influences from early Cypriot pottery and tenth-century Persian bowls. He also acknowledges the importance of his art school tutors who included Ian Godfrey (1942–92) and Lucie Rie (1902–95). ‘One of the pleasures of Ward’s pots is that they are made with an acute understanding of the material and process involved, which then becomes part of the total concept of the piece. The precise making is not only a joy to see but adds an essential element to the beautifully balanced form.’ - Emmanuel Cooper obe, ceramicist, author and critic. John Ward: ‘There is something compelling about the making of pots, regardless of function, which keeps me within this particular sphere: they are the focus of so many interests and associations.’ 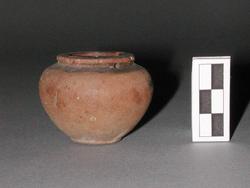 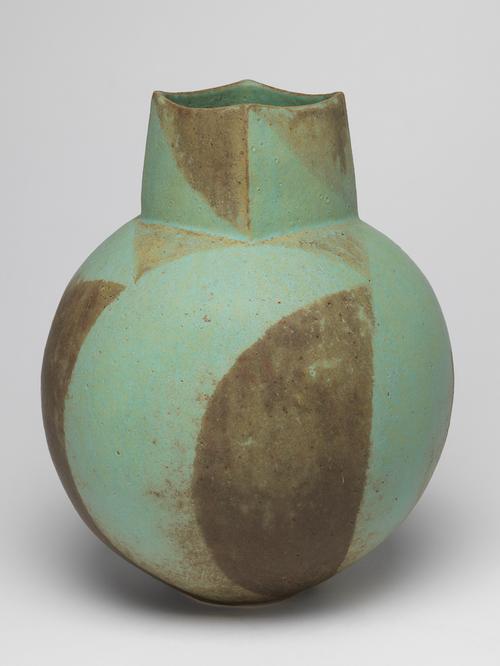