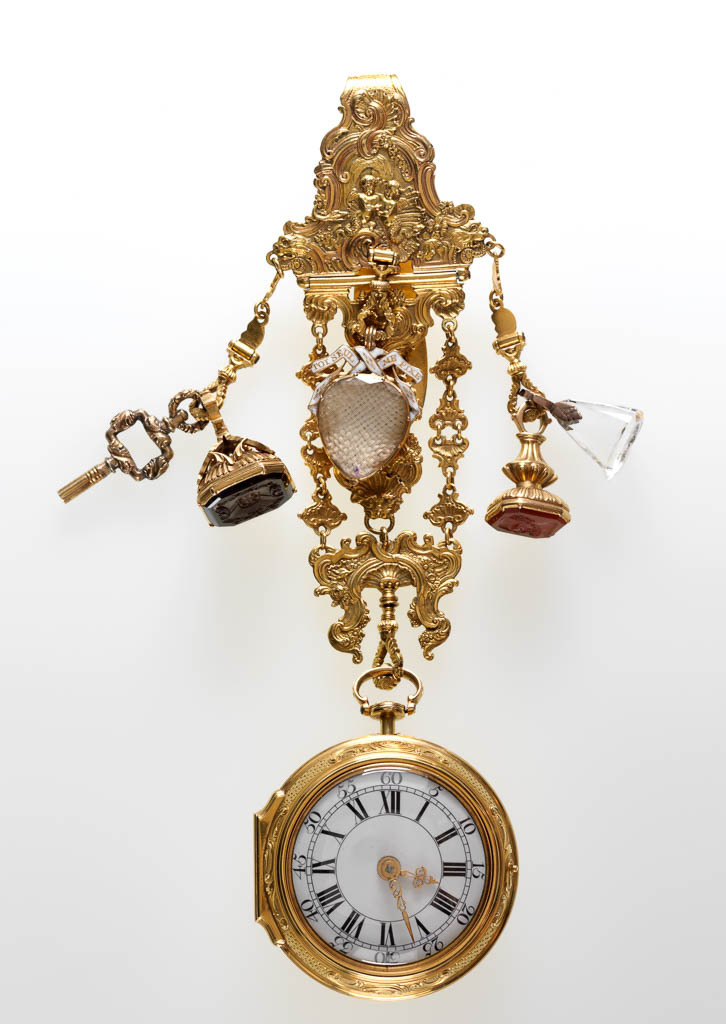 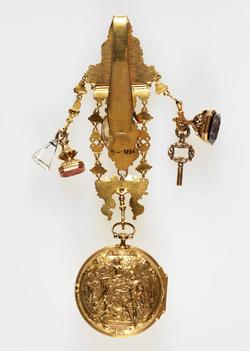 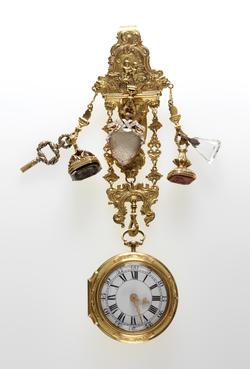 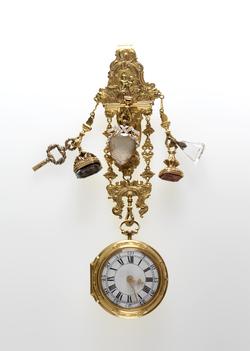 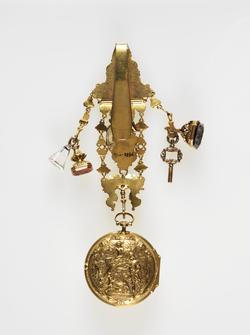 Watch and chatelaine. The gold watch case embossed and chased on the front with Venus presenting Arms to Aeneas watched by a river god and surrounded by Rococo scrolls

WATCH PAPERS (B): a. Muslin?, polychrome painted with two roses with two buds surrounded by garland. b. White paper printed 'All sorts of / Repeating & other / WATCHES & CLOCKS / Made and sold by / W. Webster / in Exchange Alley / LONDON', edge with equation of time, in months.

CHATELAINE (C): Gold, cast with rococo designs, back of large central plaque with incused 'H' under a vertical line of five chevrons. Side drops, left hand with key and seal, cut with coat of arms, right hand with two seals, one cornelian cut with head of a philosopher, and one rock crystal cut with a head of a bearded man, possibly Socrates'. Centre drop at top with heart-shaped locket containing woven hair under under glass, above which is a white enamelled gold ribbon with gold lettering 'TOT SEUL ME FIXE.'

History note: A note from Miss Whitehurst stated that the watch and chatelaine were 'Presented to my mother on her marriage in 1755'. This cannot be correct, unless it referred only to the chatelaine, as the case is bears the date letter for 1761-2.

Given by Miss Whitehurst

Georg Michael Moser was born in Schaffhausen in 1706,. He moved to Geneva in 1725, and to London by about 1726. By the late 1730s he was established as a gold chaser. From then until the late 1770s he decorated gold boxes and watchases for leading watchmakers, including Goerge Graham, the Ellicot family and William Webster. He was appointed Drawing Master to George III, and became the Keeper of the Royal Academy and Director of its School of Art. When he died in 1783, Sir Joshua Reynolds wrote an obituary in which he called Moser England's best goldsmith.

The case maker was Stephen Goujon of Porter Street, corner of Newport Alley, when he registered his mark in 1720. He was a member of the Clockmakers Company, becoming Master in 1760. 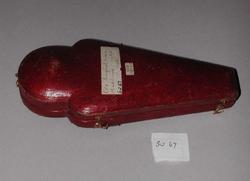 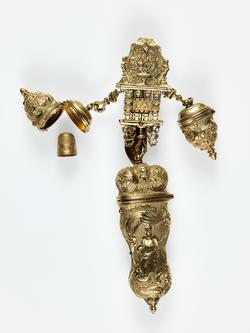 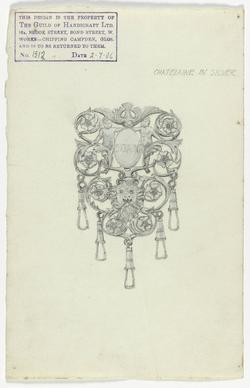 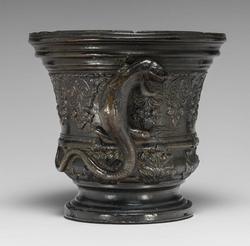 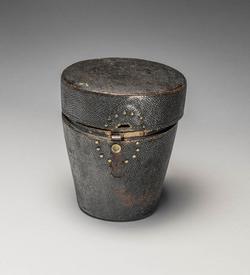