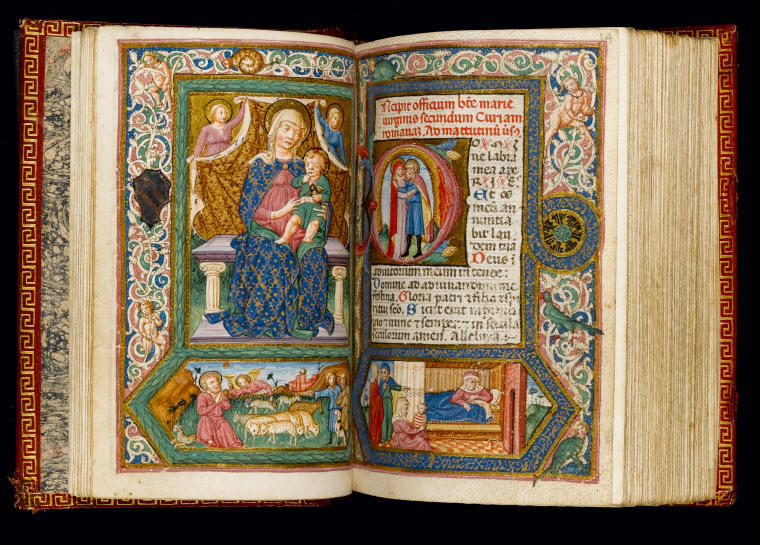 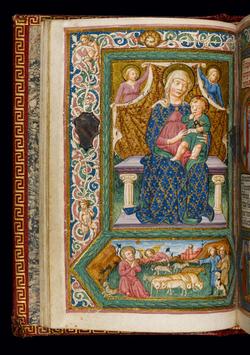 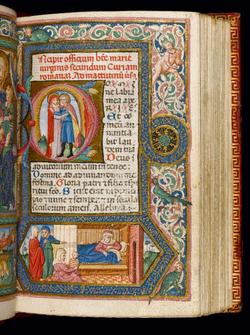 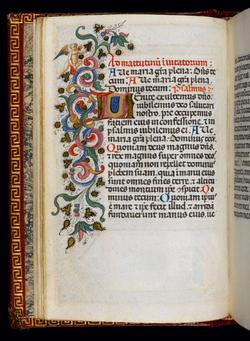 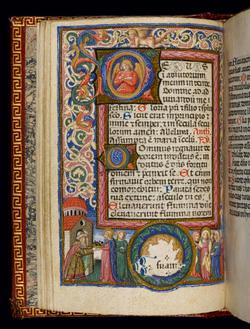 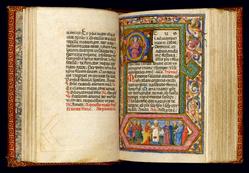 ORNAMENTATION: Graded pink or blue initials [3-8 ll.] with acanthus motifs, blue, green, red or white vine-scroll infill on gold grounds, and white full or partial vine-scroll or floral borders; alternate red and blue one-line penwork initials; alternate blue and red paragraph marks; capitals highlighted in yellow; catchwords decorated with simple pen-flourishing in red and blue, or housed within concentric gold and laurel roundels where they coincide with a page that has border decoration.

History note: Made for Leonardo Ferretti of Ancona (arms of Feretti of Ancona on fol. 13v and patron’s name in prayer on fol. 140v, dignare domine me famulum tuum Leonardum); Richard, seventh Viscount Fitzwilliam of Merrion (1745–1816), acquired in 1812; his bequest, 1816.