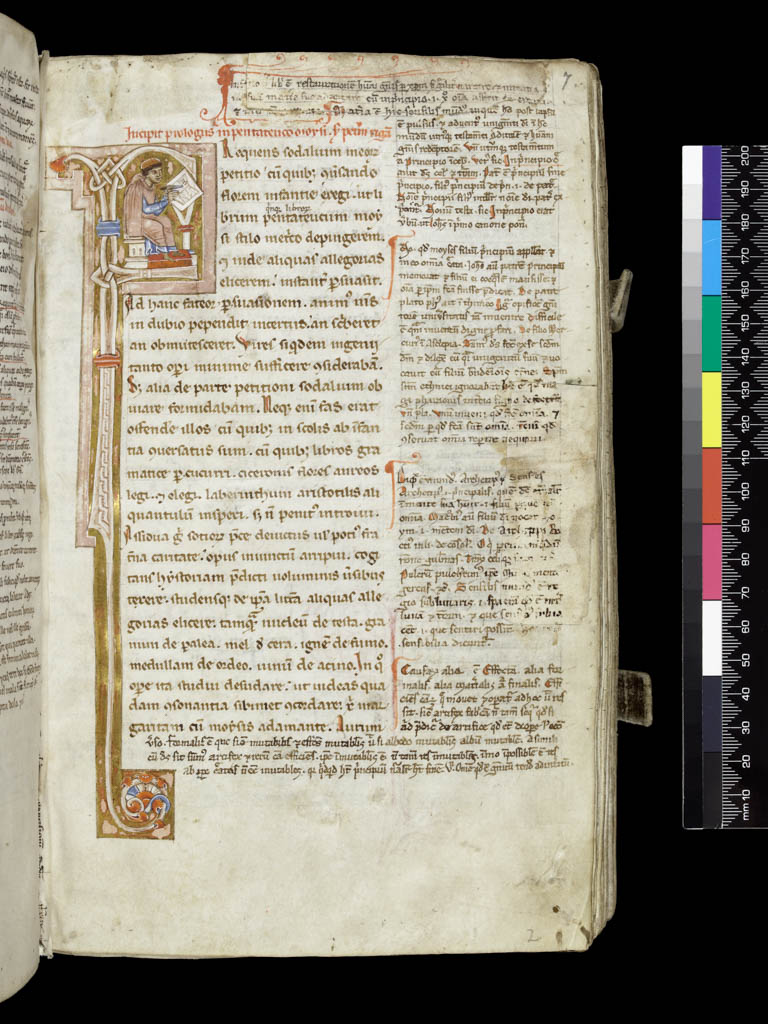 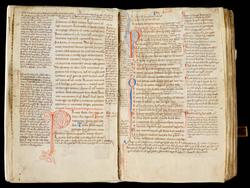 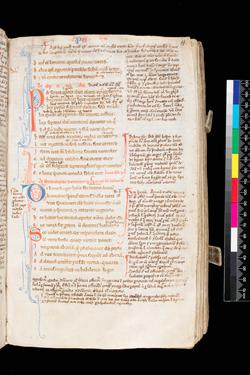 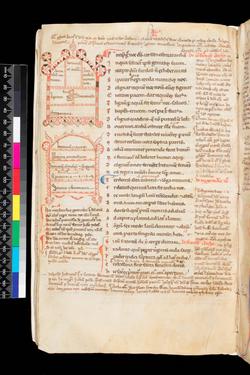 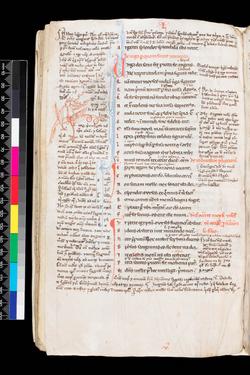 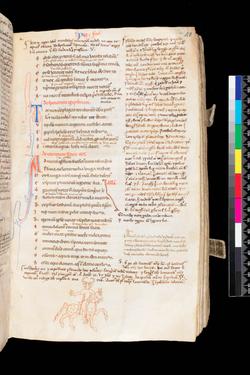 Six marginal drawings in red and brown ink illustrating adjacent main text or glosses: fol. 17v Two schematic representations of Noah’s Ark as arches supported by uprights; fol. 38v Winged two-legged serpent with a female head swallowing another (beside description of Moses’ brazen serpent); fol. 40r Demon on horseback (beneath typological interpretation of horses, demon and Satan in the Crossing of the Red Sea); fol. 240v Wise Virgin holding a lamp and an oil flask, accompanied by a lion passant (beneath passage on foolish and wise virgins); fol. 256r Stylised cross on a standard, with trilobe terminals and titulus Ie[su]s nazar[enus] rex iudeor[um]. 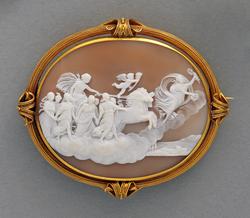 Aurora in her Biga 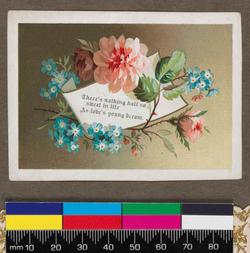 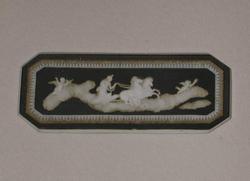 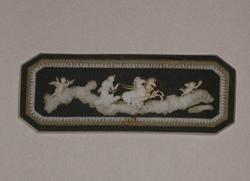