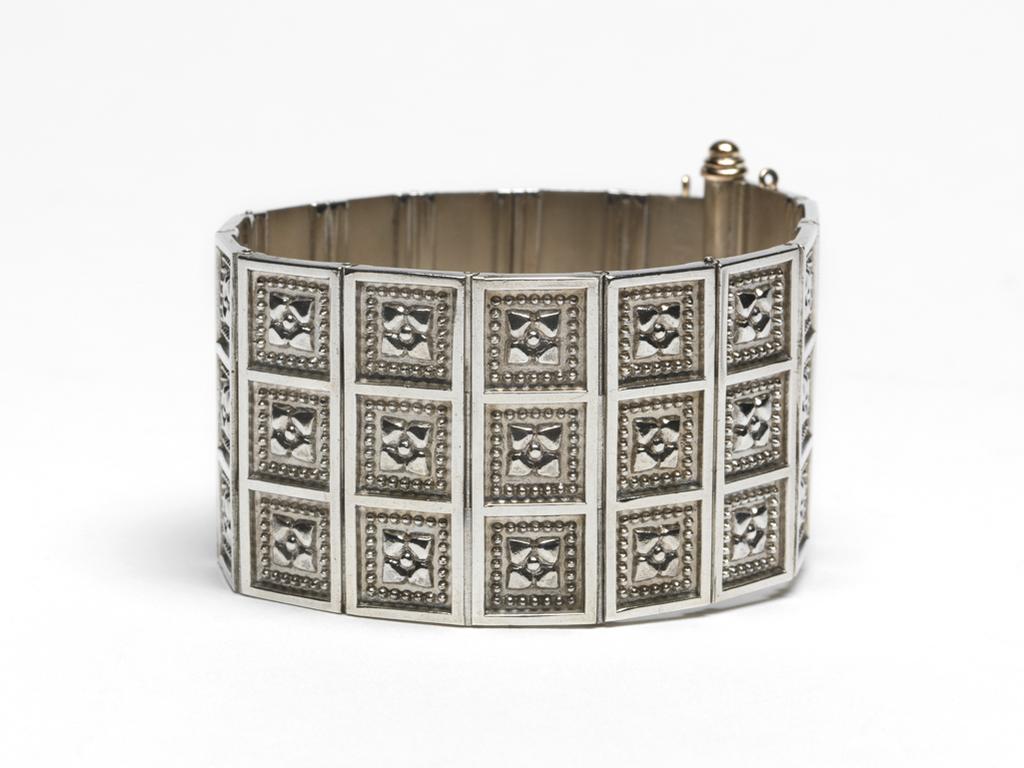 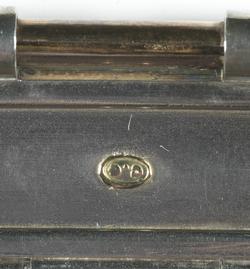 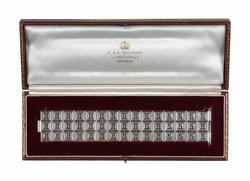 Silver and gold. Composed of cast and chased silver panels hinged together and fastened by means of sliding gold rod which passes through three sections of silver tube, one in the middle of one end of the bracelet and two at the top and bottom end of the other. Each panel is decorated with three sunk squares containing a four-petalled flower surrounded by beading. In slightly later maroon leather case (A), lined with red velvet and inside the lid with white silk, printed in gold with a crown and 'C. & A. GIULIANO/115 PICCADILLY/LONDON'.

Founded by Carlo Giuliano, who was born in Naples and had trained in Castellani’s workshop, this successful family firm was praised for the spirited and varied nature of its historicist jewellery. Its best-known work was made under the direction of Carlo Giuliano, between 1860 and 1895, and included pieces such as this silver bracelet. This (and M.47 & A-1984) were copied from a style of bracelet produced by Castellani, who had taken inspiration from jewels from the Campana collection. Castellani had restored and catalogued this unsurpassed private Italian collection of ancient works of art, including Roman and Hellenistic jewellery. This is just one example of the way in which trends were disseminated across Europe, with firms constantly copying from the same patterns, and from one another. 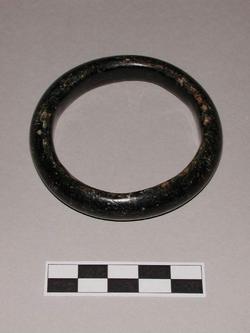 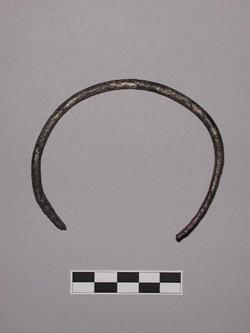 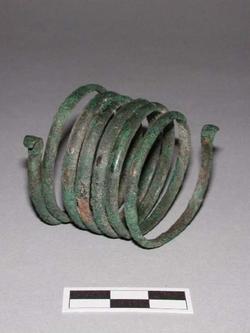 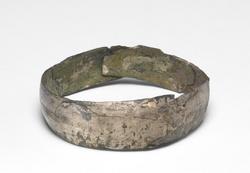