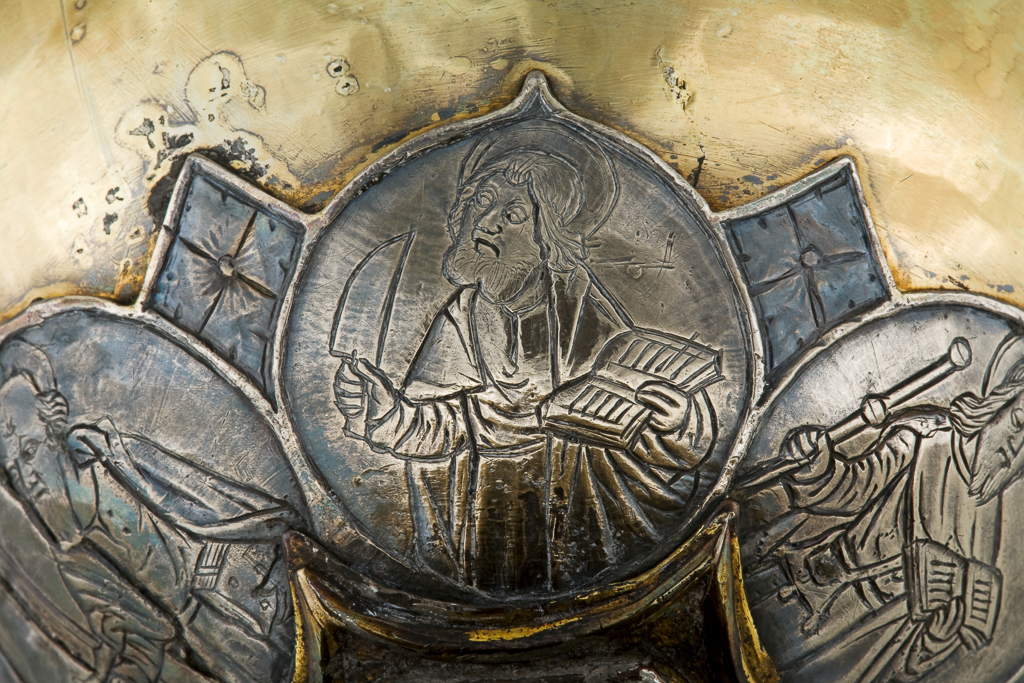 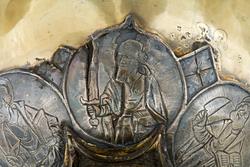 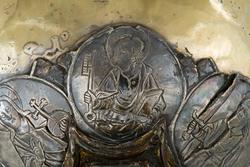 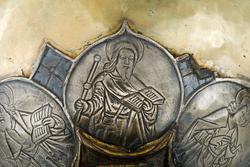 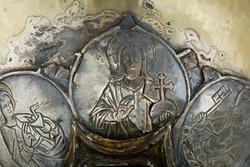 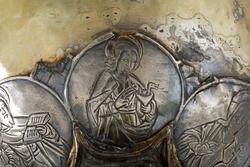 Silver, silver-gilt and copper-gilt; inlaid with enamelled plaques of Christ, and the Saints Peter, Paul, John, Bartholomew, and Barnabas(?). Inscribed on the stem, ‘ANDRE PETRUCI DE SENIS ME FECI'

Silver, silver-gilt and copper-gilt; the plain silver-gilt cup rests on a silver calyx set with six silver medallions of Christ, St Peter, St. Paul, St. John, St. Bartholomew and possibly St. Barnabus. The hexagonal stem is devided by a large copper-gilt knop embossed with lobes and set at the top with six triangular plaques enamelled with a geometic pattern, beneath these are six hexafoil plaques enamelled in colours and representing two male and four female saints. Above the knop the stem is engraved with with six male busts without nimbi; below the knop the stem is engraved with six birds. At the base of the stem are moulded borders containing a plain band engraved and enamelled with the inscription 'ANDREA * PETRUCI * DE * SENIS * ME *FECI(T). The low copper-gilt trumpet-shaped foot has a shaped circular spreading base with rim of twelve alternating semicicular and pointed lobes. It is set with six applied silver plaques with translucent enamels on sunk relief, representing the Crucifixion with Instruments of the Passion, on either side of which are the Virgin and St. John; on the opposite side are a bishop with mitre and crozier between a male and female saint. Above are smaller shaped triangular plaques enamelled with the heads of angels; and below are lozenge shaped plaques enamelled with a stylised leaf. The base stands on a foot ring decorated with moulded, beaded and dentil borders.

Inscription present: only a small part of the label remains 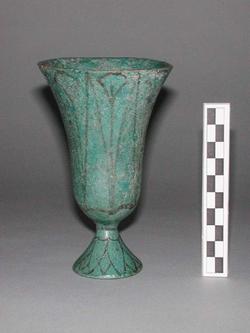 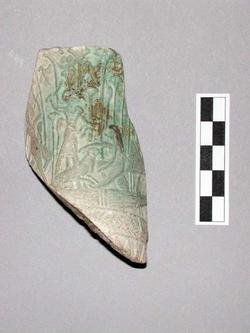 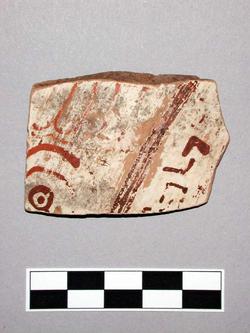 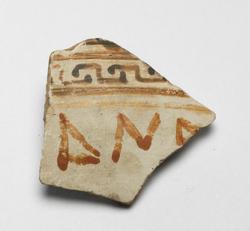