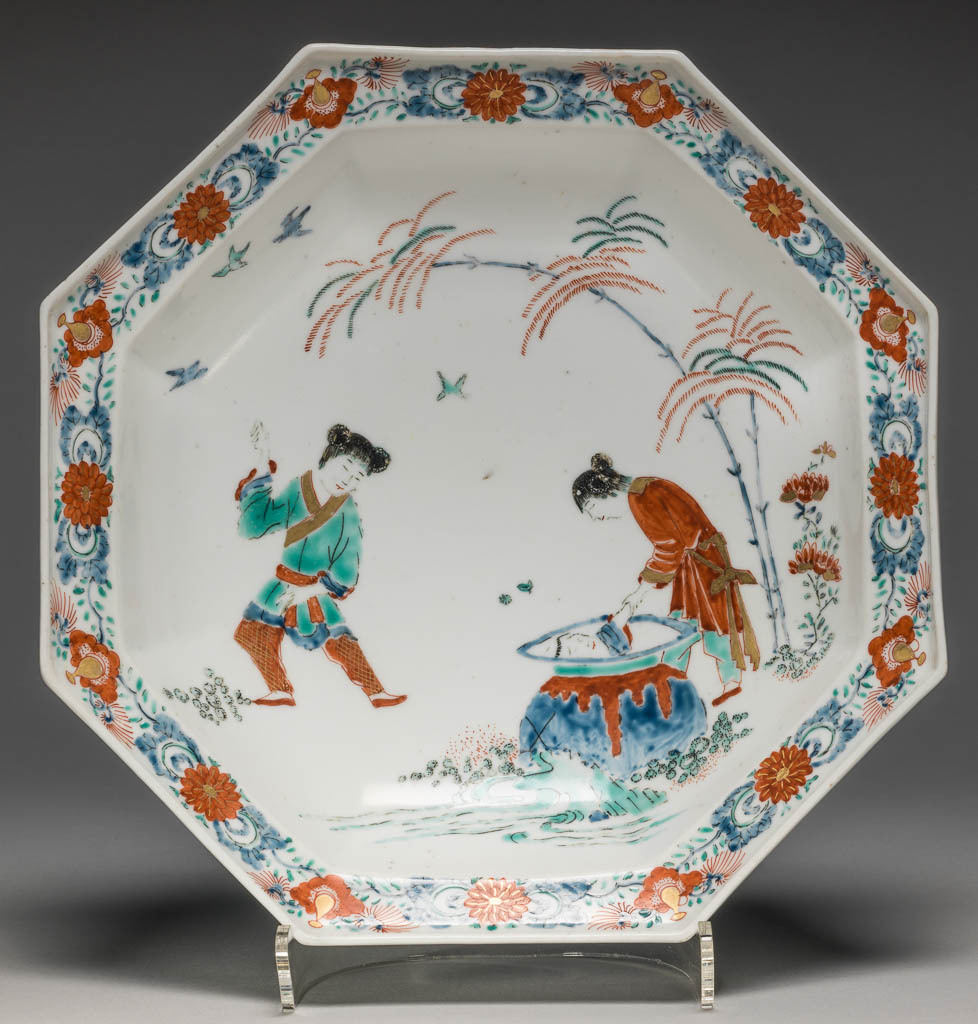 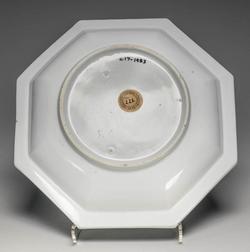 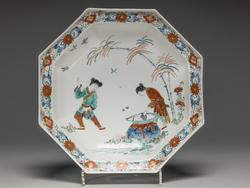 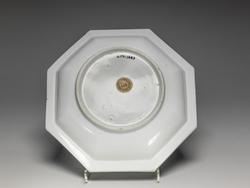 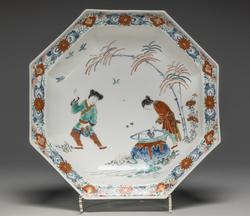 Soft-paste porcelain 'Octagon Soup Plate', painted in the Kakiemon style in blue, bluish-green, orange-red and black enamel-colours and gilt. Octagonal, with deep sides and narrow, upturned rim, standing on a foot ring. In the middle, 'Hob in the Well' pattern; on the rim, stylized flowers and leaves.

History note: Purchased by the donor from Winifred Williams (Robert Williams, London). Formerly in the collection of the late Mr Theodore Barclay

Given by Sir John Plumb, FBA. through the Friends of the Fitzwilliam Museum

This pattern copied from a Japanese Kakiemon style plate, or perhaps from a Meissen copy, only occurs on Chelsea soup plates of this deep form. In the 1755 Chelsea sale catalogue they were described as 'octagon soup plates Hob in the well'. See documentation.