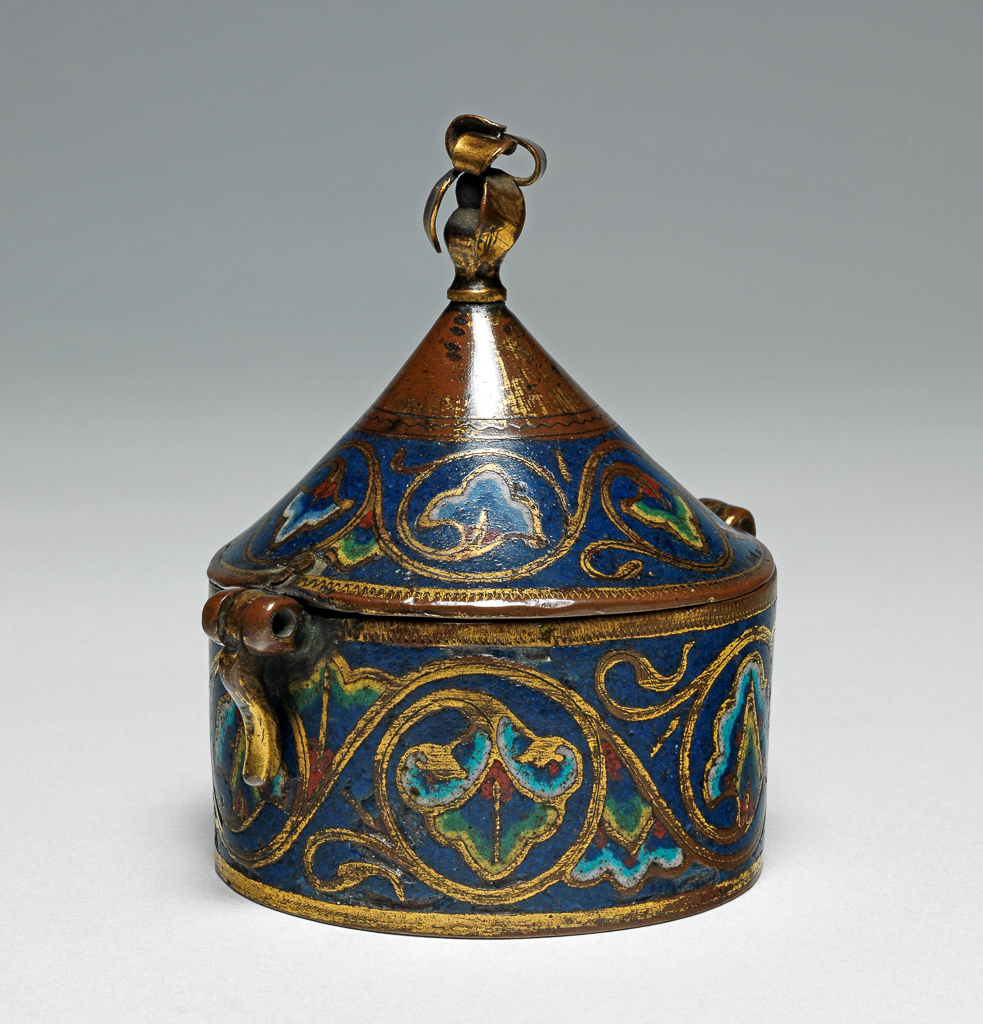 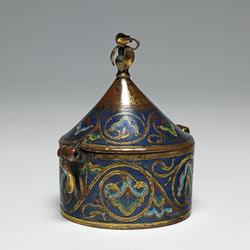 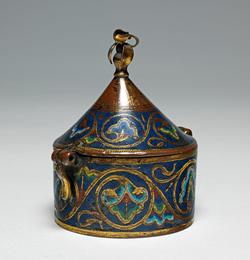 Copper, champlevé engraved, enamelled in two shades of blue, green, yellow, and red enamels, and gilt; the interior wholly gilt. Cylindrical with a cupola inside, and a conical cover with ball knop capped by six petals or leaves, turned alternately inwards to meet at the top, and outwards. The lower part has pairs of small vertical loops on opposing sides; and the cover has one on each side which fits between the two on the lower part, forming the hinge and hasp. The latter has a projecting 'tongue'. The sides and cover are decorated with scrolling foliage with alternately upward and downward pointing leaves.

A pyx (from Latin pyxis, a box), is a container for the Euchar¬istic bread or Host (Latin hostia, a victim or sacri¬fice). By the thirteenth century two pyxes were considered necessary for each church: one to hold the unconsacrated wafers, and the other to hold the consecrated wafers. Numerous champlevé enamel pyxes have survived which suggests that they were among the most frequently commissioned liturgical objects. Foliated scrolls were one of the most common types of decoration on pyxes.

Decoration composed of enamel ( two shades of blue, green, yellow, and red) gold Base Diameter 6.8 cm Diameter 2⅝ in
Drum Only Height 1½ in