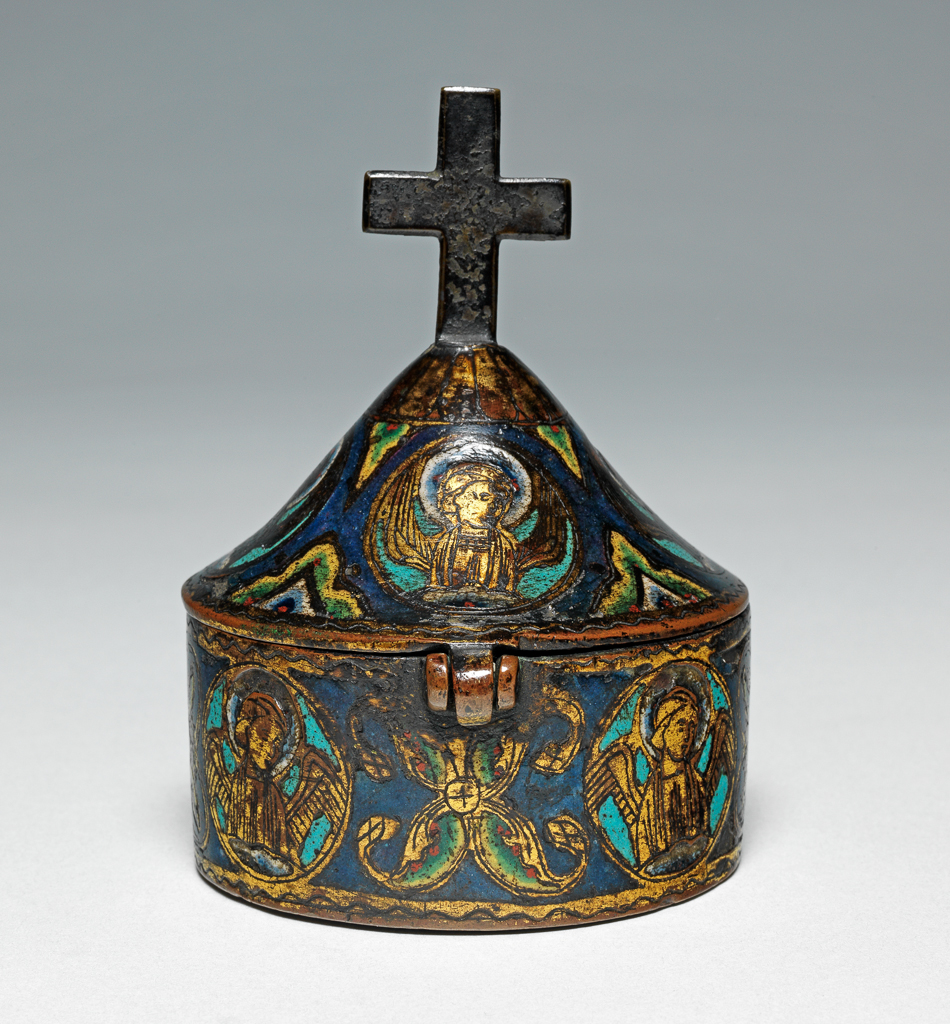 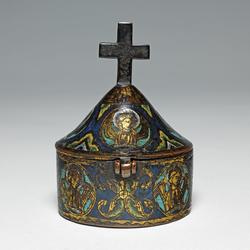 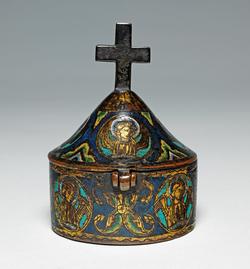 Copper, champlevé, engraved, enamelled in mid-blue, turquoise green, yellow, and a little red enamel, and gilt. Cylindrical with a gilded cupola inside the lower part, and a conical cover surmounted by a replacement flat cross. The outside is decorated with four four medallions each containing a half-length angel with halo raising out of clouds, reserved in the metal. On the cover there are four similar medallions with angels, and between them trefoil and triangular designs in wavy bands of differing colours.

A pyx (from Latin pyxis, a box), is a container for the Euchar¬istic bread or Host (Latin hostia, a victim or sacri¬fice). By the thirteenth century two pyxes were considered necessary for each church: one to hold the unconsacrated wafers, and the other to hold the consecrated wafers. Numerous champlevé enamel pyxes have survived which suggests that they were among the most frequently commissioned liturgical objects. Foliated scrolls and busts of angels in were one of the most common types of decoration. The popularity of angels may be related to a reference to the Host as the ‘bread of angels’ (panis angelorum) by Saint Augustine (354-430), and later by medieval theologians.

Hinge Plaque composed of iron ( tested with magnet)
Decoration composed of enamel gold
Base Diameter 6.8 cm Diameter 2⅝ in
Drum Only Height 1¼ in 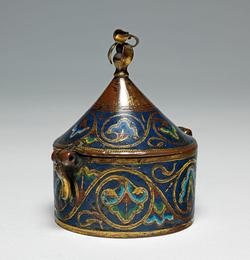 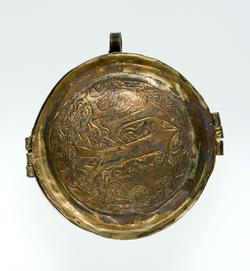 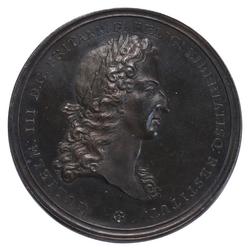 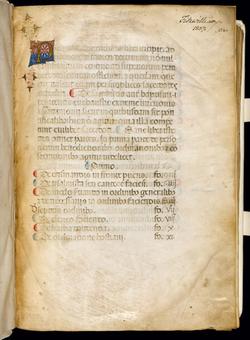