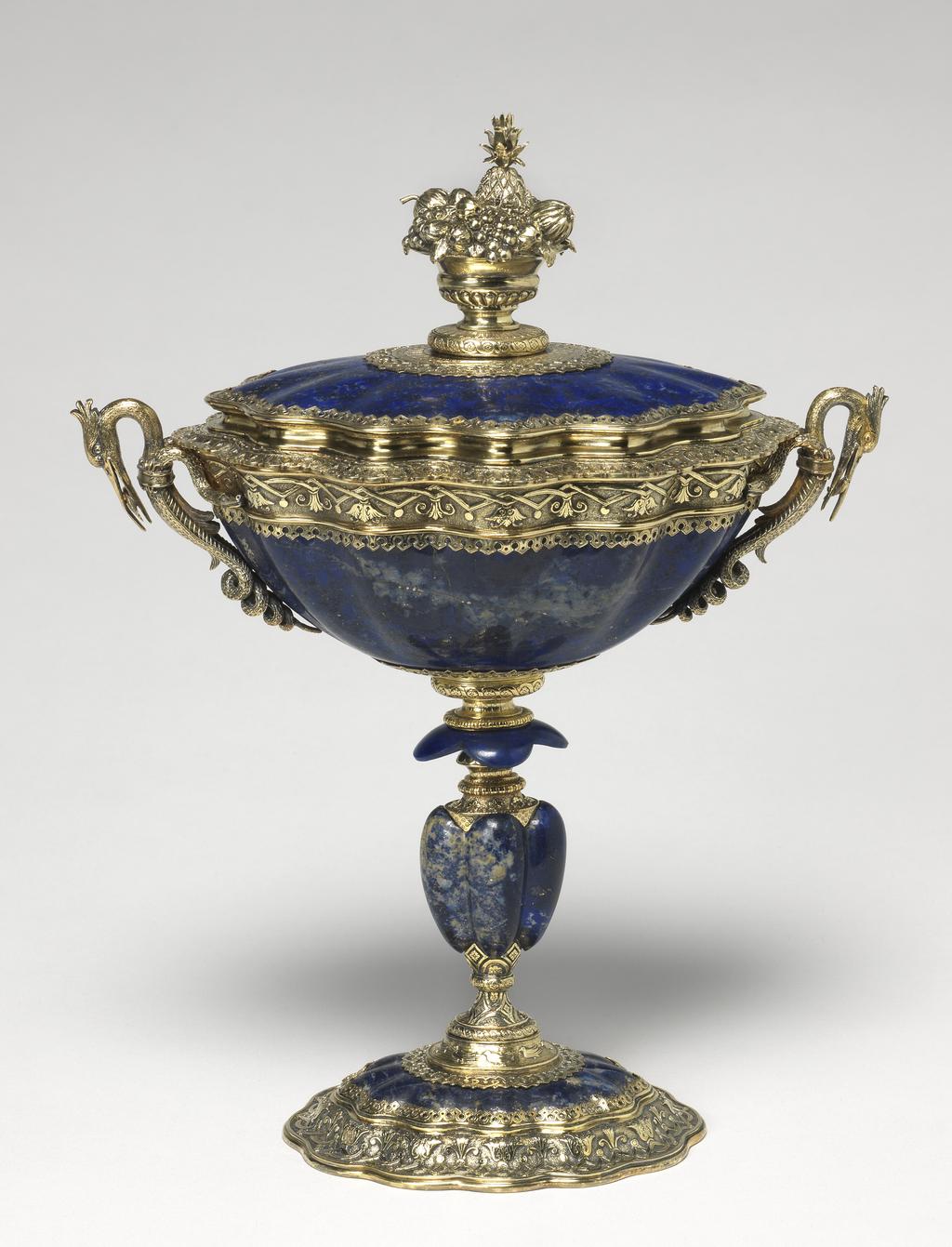 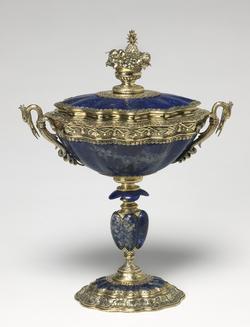 Lapis lazuli with chased silver-gilt mounts. The shaped oval base mount is cast and chased with strapwork and foliage around the domed gadrooned lapis foot. The baluster lapis knop in the stem is mounted above and below with bands of marlets, rosettes, and guilloche ornament. The quatrefoil lapis element at the top is a replacement. The oval, fluted lapis bowl has a silver-gilt rim cast and chased with strapwork and foliage. The two handles are formed as snakes and a heron's head gorged with a collar flory, a fish in its beak. The gently domed lapis cover has a silver-gilt border cast and chased with trefoils, and an oval mount with a replacement finial in the form of a vase filled with fruit. Acquired after accession two wax models for the vase and fruit forming the replacement finial for the cover (B and C) and two rubber moulds for the casting of the finial (D and E). 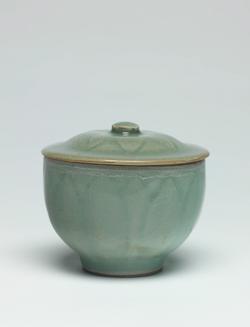 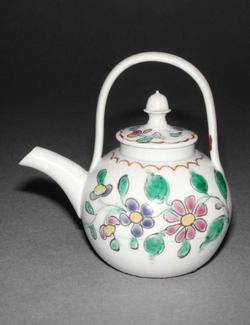 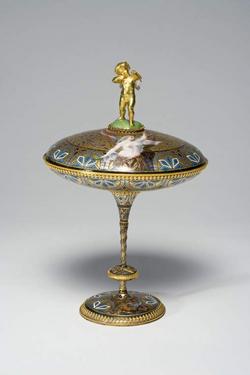 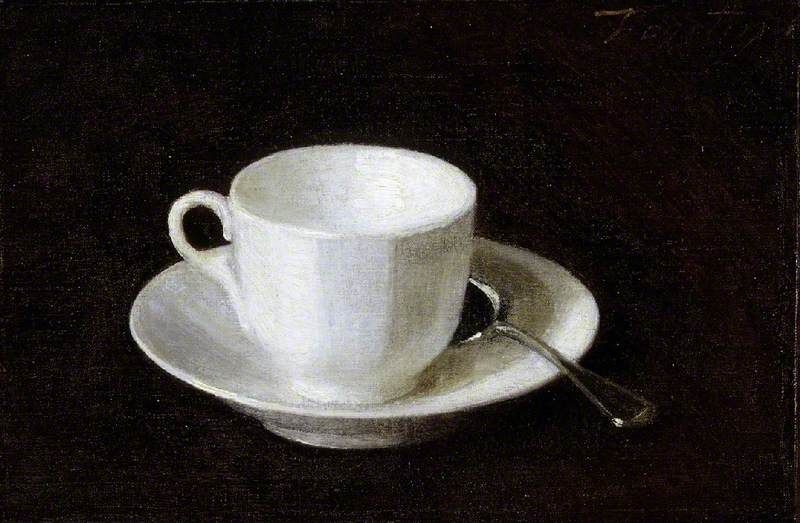 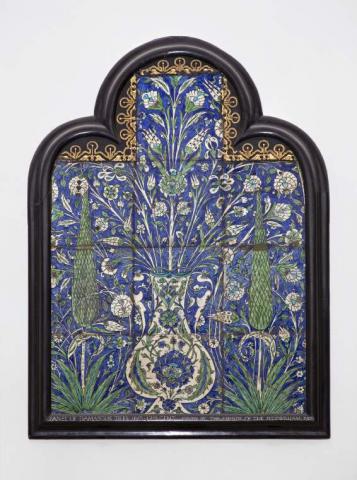