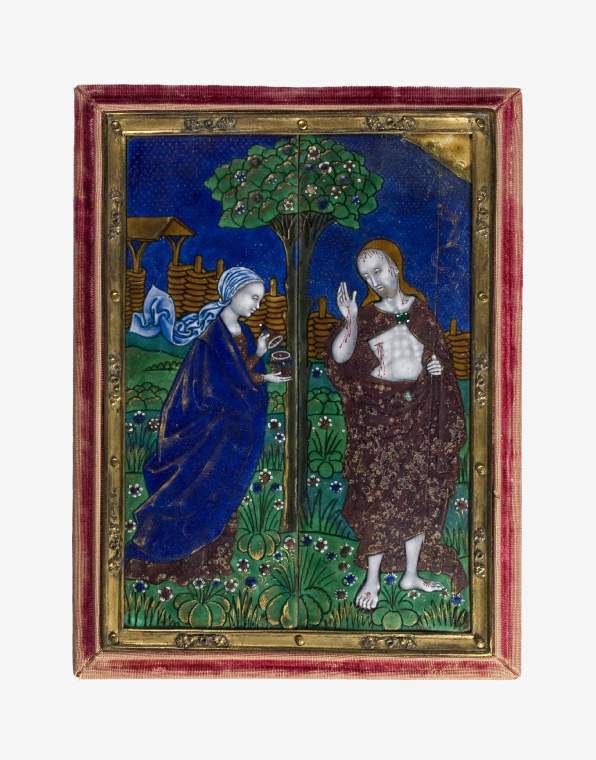 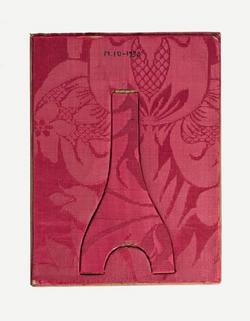 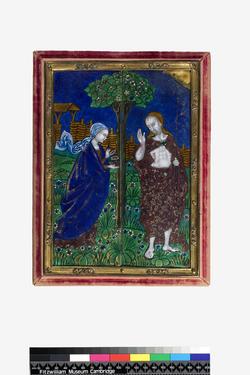 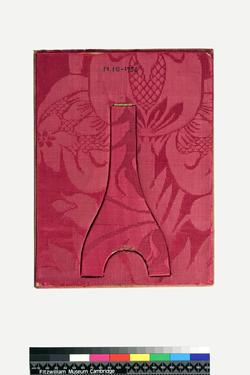 Copper, enamelled in polychrome with Mary Magdalene encountering Christ after his resurrection

Two joined narrow rectangular copper plaques enamelled in blue, green, red, tan, mulberry-brown, and white, and gilded The flowers and jewels are backed with foil. On the left plaque, Mary Magdalene stands in profile to right holding an ointment pot in her lef hand and raising its conical lid in her right. She wears a blue and white headscarf which billows out behind her, a mulberry brown dress and a royal blue cloak. Behind her there is a tan-coloured wattle fence with a roofed entrance in it. In front of her is half of a tree with a tall narrow trunk and a round top with leaves and flowers with white petals and blue or mulberry centres. On the right panel, Christ stands facing three-quarers to the left, raising his right hand. to prevent the approach of Mary Magdalene, and showing the bleeding wound in his hand. Blood also trickles from his side and from the thorn wounds in his head. He has a dark brown cloak held together with a green brooch. In his left hand he holds the staff of a cross with a pennant. Behind him there is a tan wattle fence and to the left, half of a tree matching that on the other plaque.The ground of both plaques is green with numerous plants bearing daisy-like flowers with blue or red centres and white petals. The sky at the top of both panels is closely strewn with gold starsThe rectangular gilt-metal frame has applied ornaments of a twisted stem with a leaf on each end: two on the top and bottom, and three on he sides. The outer frame is of red velvet, no2 extremely worn on the edge. The back of the plaque is covered by a red damask-covered board with a hinged prop in the centre. This appears to be more recent than the velvet edging.

Mary Magdalene’s meeting in the garden with the risen Christ whom she at first supposes is a gardener is described in the Gospel of St John (20:14-18), and more briefly by St Mark (16:9-10).

The design may have been derived from more than one printed source. Possibly Martin Schongauer’s Christ appearing to Mary Magdalene, which has a fence and tree in the background but shows Christ with his arm outstretched and Mary Magdalene kneeling with her ointment pot beside her on the ground, and his Resurrection for the position of Christ’s raised hand. The scene can be compared with three other versions of the same subject. One, likewise on two plaques, whose present location is unknown, was formerly in the collection of Prince Czartoryski, in the Château de Goluchow, Poland. This has a tree divided between the two plaques, and a Magdalene who kneels holding her ointment pot in her right hand. The background is reminiscent of the central panel of a triptych in the Bargello, attributed to the Monvaerni Master (Pseudo Monvaerni) by Marquet de Vasselo, which features an analogous wattled fence with a roofed entrance on the left, and a tree in the centre, but different figures of Christ and the Magdalene. A smaller version of the Noli me tangere on one plaque is in the Musée des Arts Décoratifs, Paris (see Blanc, 2011). 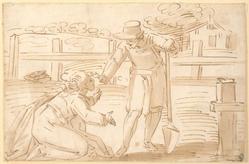 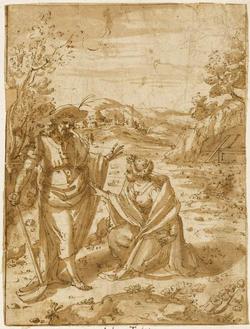 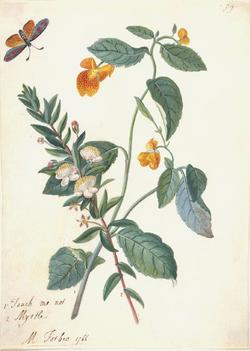 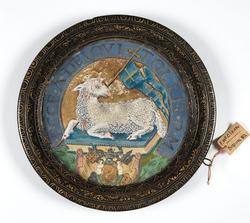 The Adoration of the Shepherds - Art print Hadrian, Antinous and Me