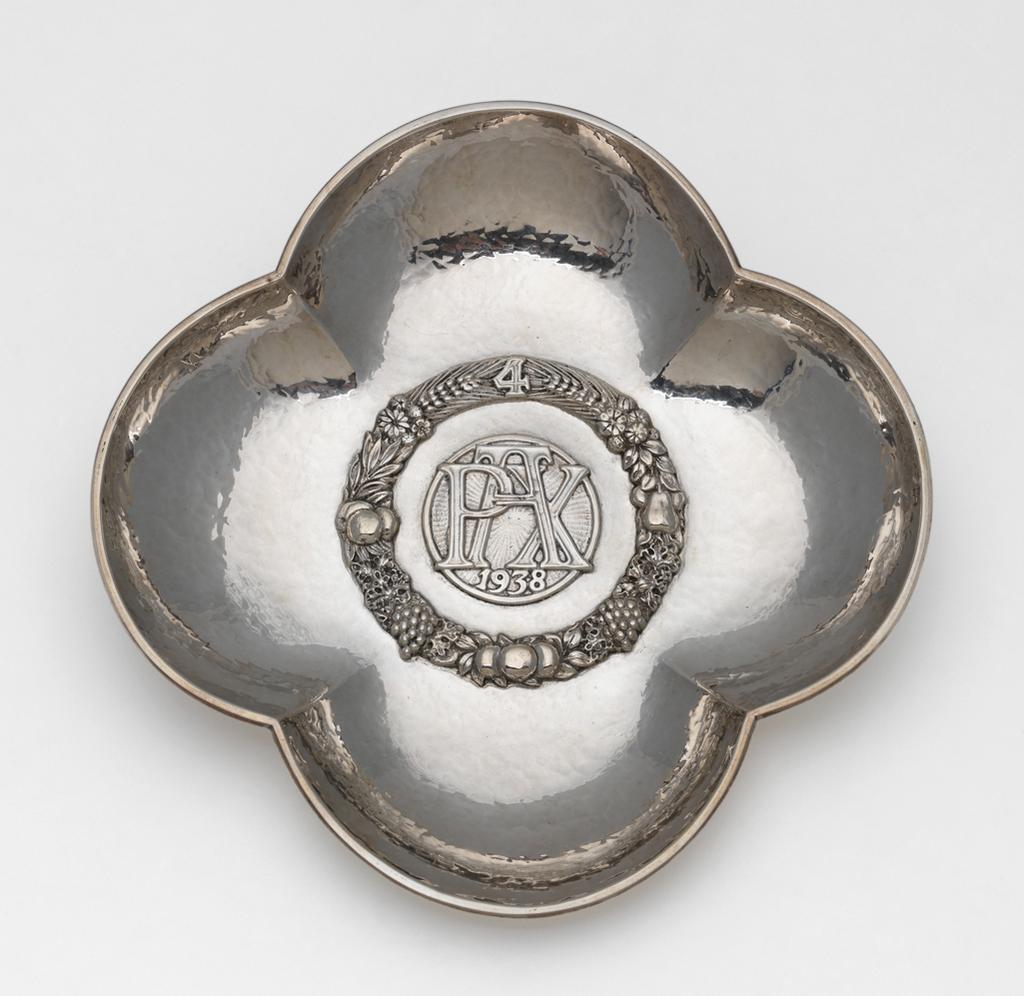 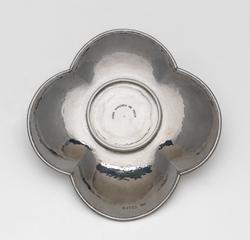 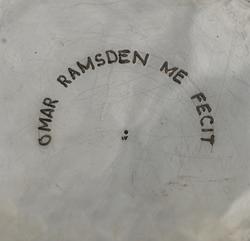 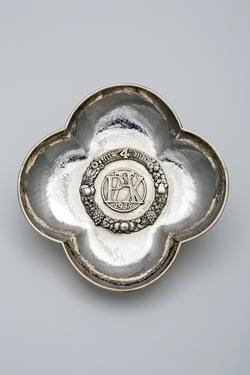 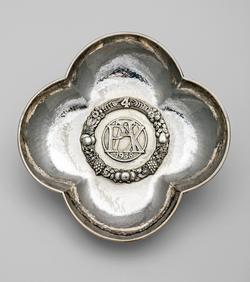 Silver; the quatrefoil-shaped dish has a spot hammered surface and applied cast and chased ornament, and stands a low foot ring. In the centre is a medallion bearing the word 'PAX' in monogram, and the date '1938' in relief. This is surrounded by a wreath of barley, fruit, flowers and foliage, with the number '4' at the top. The underneath the base is inscribed 'OMAR RAMSDEN ME FECIT'.

Given by Mrs. J. Hull Grundy

The dish was made to commemorate the Munich Agreement signed by representative of Germany, Italy, France and England, in the early hours of 30 September 1938. Was was averted by permitting Germany to annexe the mainly German-speaking Sudentenland in Czechoslovakia. On the same day the British Prime Minister, Neville Chamberlain, and Hitler signed a separate peace treaty. On his return Chamberlain made the famous speech in which he said 'I believe it is peace for our time.'