Red-brown earthenware covered with dark brown pigment or slip except for the end of the snout and a band of white glaze round middle; the underside of the feet are painted white. The rotund pig has four short legs, a curly tail, and large ears which are flopping forward. The eyes are represented by two pierced holes, and it has two holes in its snout.

Given by Dr Alberto Satolli and Paola Biancalana

This pig, (un porco cinturello) is what in England is called a saddle-back pig, and mimics the appearance of St Anthony’s pig in two frescoes of the 14th and 15th century in the Duomo and the former church of St Antony in Orvieto. Pigs like this appear on medieval maiolica from Orvieto, including a jug in the Fitzwilliam (C. 47-1927), and on later istoriato maiolica, such as our Urbino dish showing the Hunting of the Calydonian Boar (C. 132-1933). 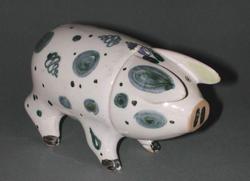 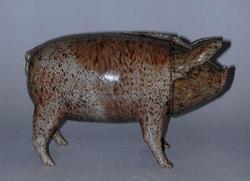 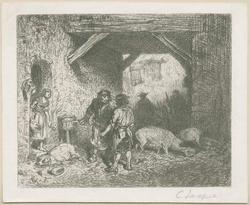 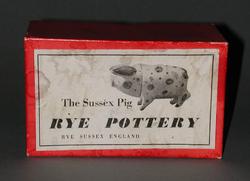 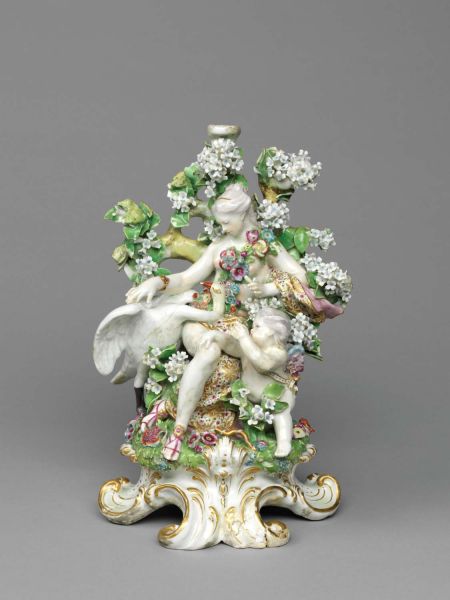 Judaism, Food, and the Passover