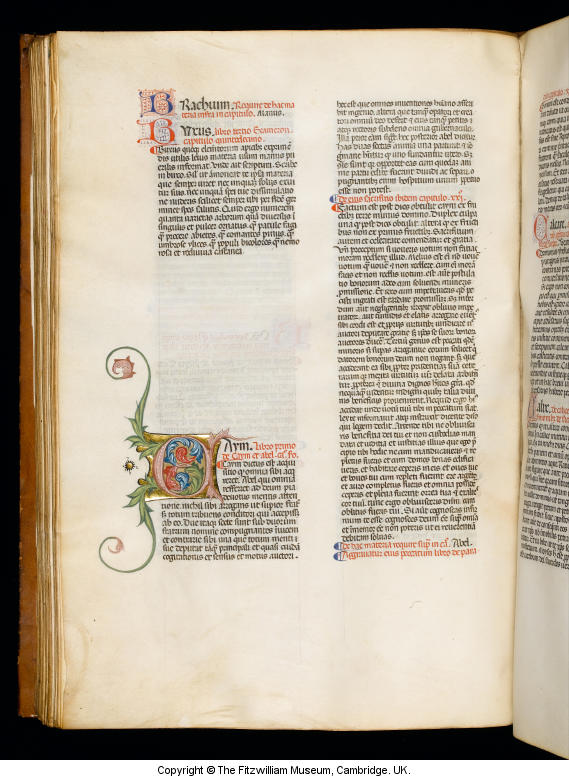 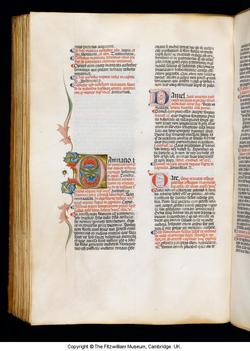 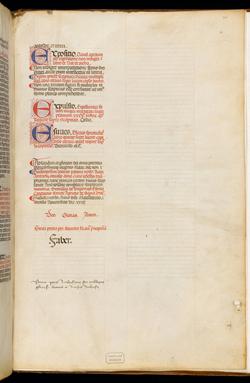 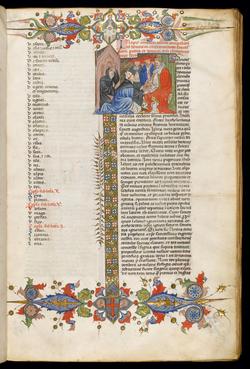 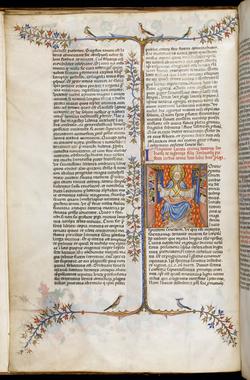 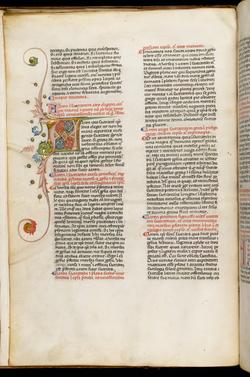 DECORATION: Two framed column miniatures: fol. 4r [16 ll.] Bishop Bartolomeo Caruso kneels and presents his book to the Pope, watched by four Cardinals and an Augustinian friar, with a vertical gold bar with painted ivy-leaves and flowers on a green stem in the space between the text columns and scrolling acanthus and floral border framing a quatrefoil showing the Madonna of Mercy with her mantle outspread over a church with a black and white façade (Santa Maria Maggiore) at the centre of the upper border, and at the centre of the lower, the arms of Milan; fol. 4v [14 ll.] St Ambrose enthroned within his study, holding crosier and three-knotted scourge, with a vertical bar border extending into ivy-leaf sprays in gold and colours, surmounted by five birds.

History note: Made for the Fabbrica of the Cathedral of Milan; lent to the Dominicans of St Eustorgio in Milan for copying (Melograni 1993, 11); Charles Butler; William Morris (1834-1896) (bookplate of his library at Kelmscott House inside upper cover); his sale, Sotheby’s, 5 December 1898, lot 120; bought by Lawrence W. Hodson of Compton Hall, Wolverhampton (his bookplate in Kelmscott type inside upper cover); Charles Fairfax Murray (1849–1919); his gift, 1904. 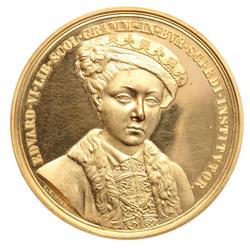 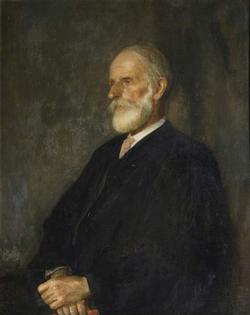 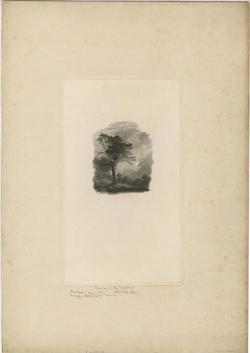 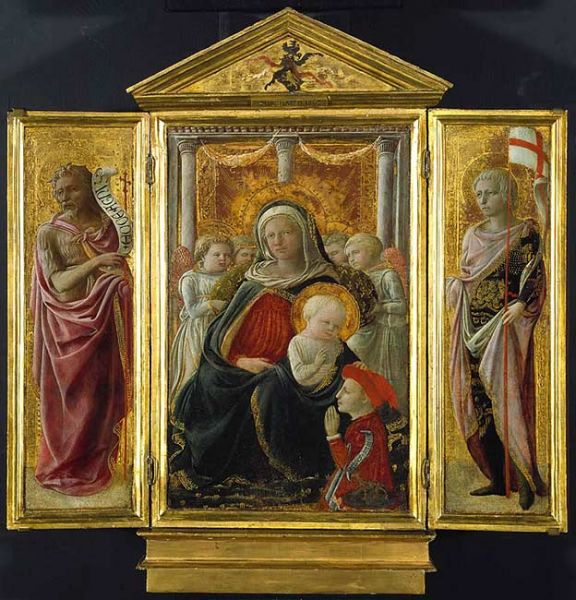 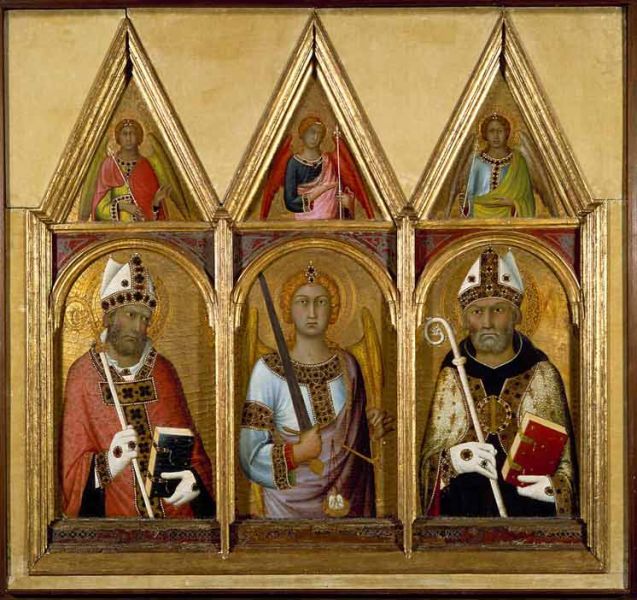