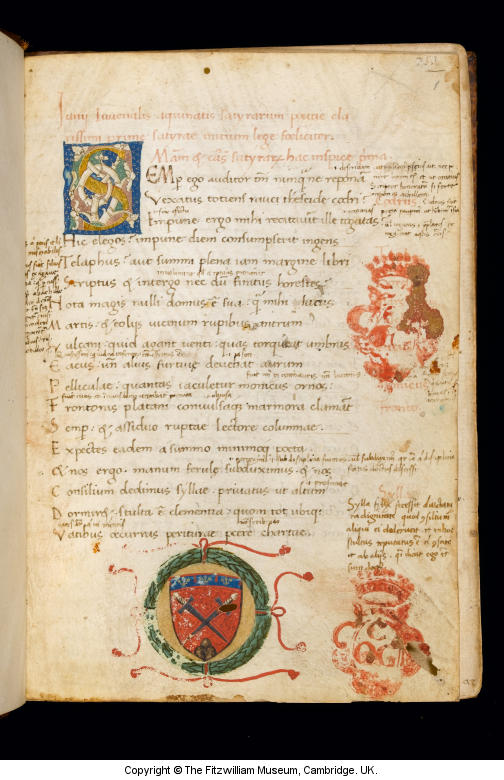 ORNAMENTATION: One white vine-scroll initial [S, 4 ll.] with letter in gold on a square ground of blue, green and pink with three-dot highlighting, accompanied in the lower margin by a laurel roundel and ribbons housing a shield of arms (gules, two swords in saltire argent, in base a mountain sable, on a chief azure, three fleurs de lys or with a label of four points gules), and in the outer margin by a heraldic device, repeated, drawn in red ink, with coronet and initials OG, added in a later hand (fol.1r); gold initial [N, 3 ll.] on square blue ground with scrolling highlighting (fol. 93r); blue painted initials [2 ll.] for each new satire; heavily modelled five- or six-fingered maniculi (fols. 6v, 28v, 45r); proper names and bracketing in outer margins in pale red ink.