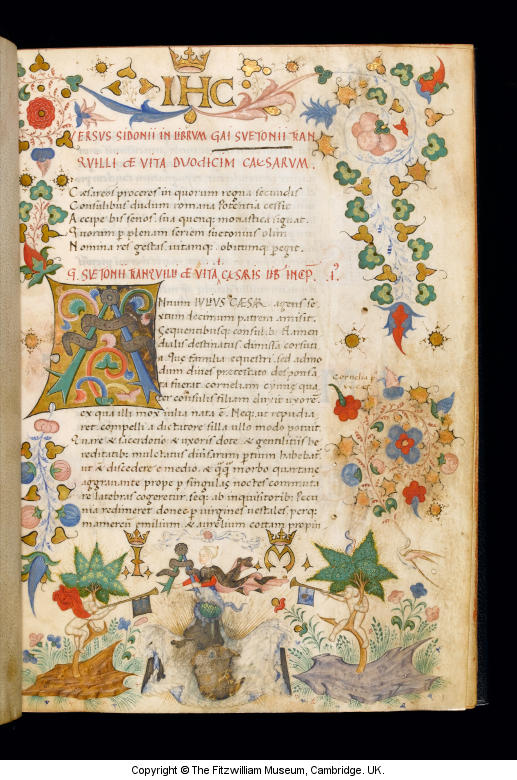 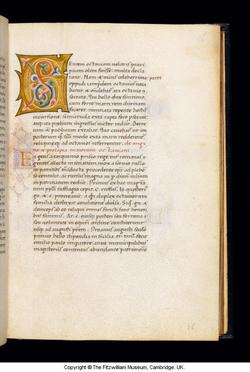 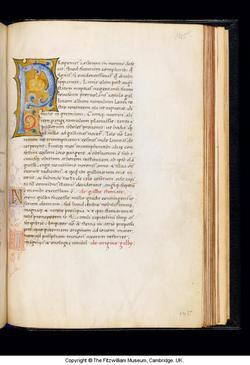 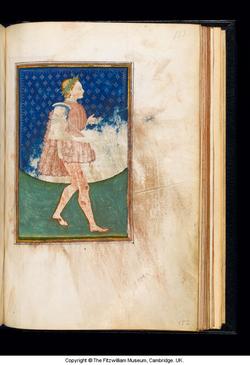 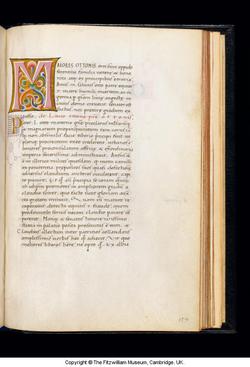 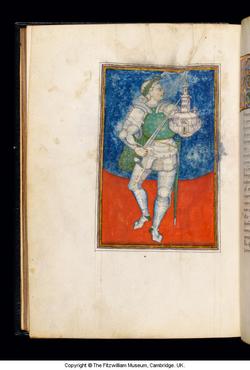 ORNAMENTATION: Two ornamental initials with heraldic elements on indented gold grounds: fol. 1r [A, 9 ll.], letter formed by a pair of compasses on an indented gold ground with coloured vine-stem interlace and silver scroll with motto SIC NECESSE EST, extending into a full floral border, with a crowned IHC monogram in gold in the upper margin, and on a splayed cloth, a shield with the arms of Gian Matteo Bottigella, surmounted by the crest of a female hybrid holding the emblem of compass and scroll, a knotted cloth, and the initials IM in gold, flanked by two trees on rocky outcrops, each with a horn-playing putto, in the lower margin; fol. 145r [P, 12 ll.], letter formed by a knife and curved fish in blue with a barrel hanging from its neck, and coloured vine-scroll; ten coloured vine-scroll initials (out of an original eleven) [9-14 ll.] in graded yellow, green, pink or blue on indented and punched gold grounds (fols. 26r, 63r, 107r, 124r, 145r, 154r, 158r, 165r, 174r, 179r), for book divisions; pen-flourished initials [3 ll.], alternately blue with red pen-flourishing and gold with purple pen-flourishing, for minor text divisions; rubrics in red Byzantinising capitals (Zaggia 1995, 4; Zaggia 1997, 153-54). 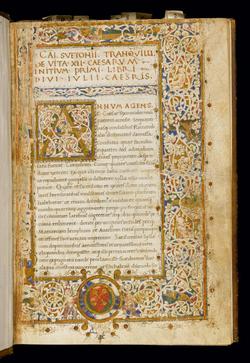 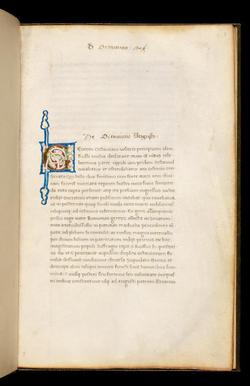 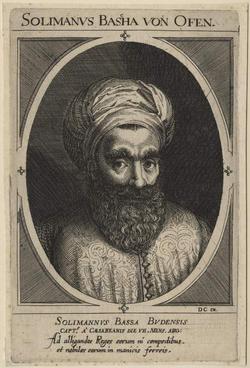 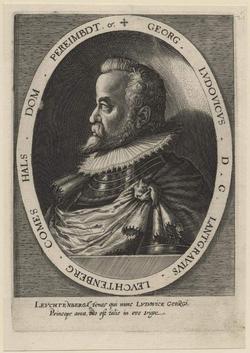