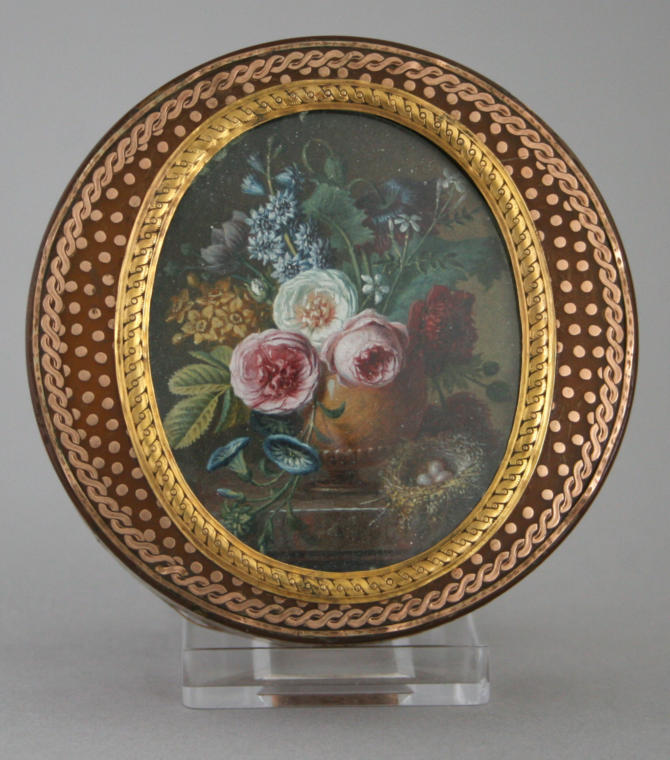 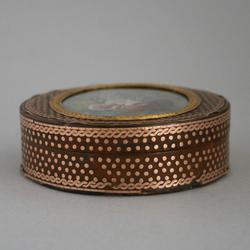 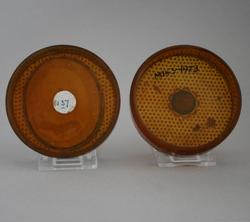 Horn and gold piqué work, with a miniature of a vase of flowers

Horn and gold piqué work; set with a miniature in bodycolour and watercolour, probably on card, mounted under glass in gilt metal. The circular box has straight sides and a pull-off lid, which are decorated with a pattern of gold piqué work dots and borders of ropework. The oval miniature depicts a carved stone vase of flowers, including roses, hyacinths, narcissi, morning glory and forget-me-nots, next to a bird's nest of three eggs, on a marble slab.

Christiaen van Pol was Dutch but worked in Paris