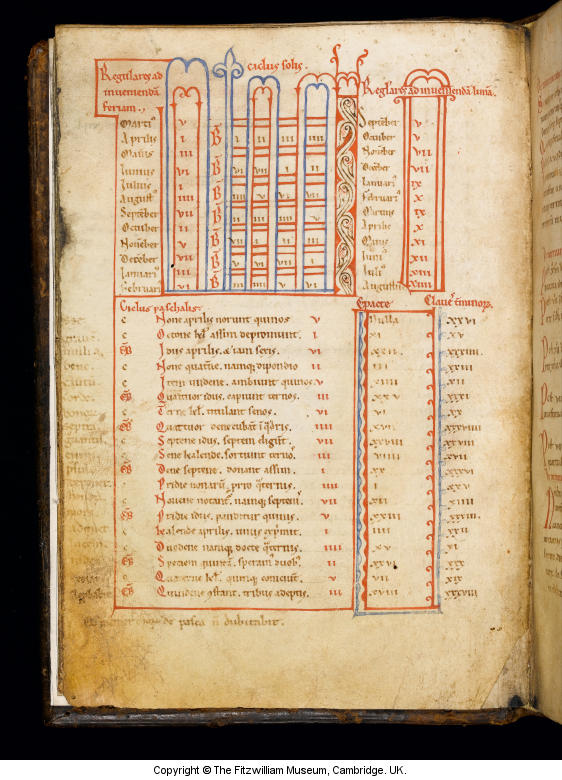 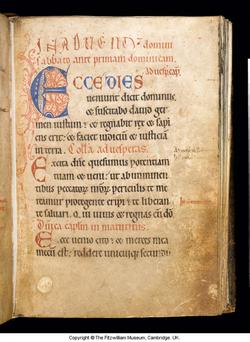 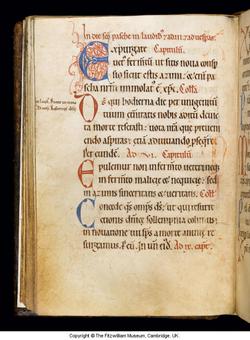 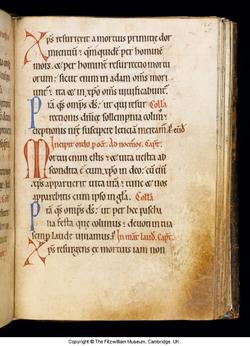 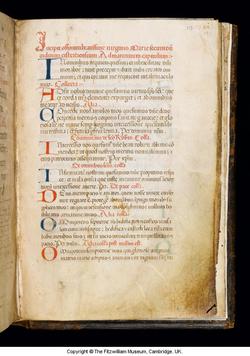 PHYSICAL DESCRIPTION: Parchment (with paper addition), iv modern paper flyleaves + ii contemporary parchment flyleaves (the first former pastedown, both from a twelfth-century manuscript of Homilies on the Gospels) + 136 fols. (three sets of ink and pencil foliation, the most recent, 1-136, followed here, superseding the foliation given in James 1912a) + i contemporary parchment flyleaf + i fifteenth-century paper flyleaf + i contemporary parchment flyleaf (former pastedown; from a twelfth-century manuscript of Homilies on the Gospels) + iii modern paper flyleaves, 260 x 180 mm (fols. 19r-130v, 190 x 125 mm, otherwise 190 x up to 150 mm), 17 long lines for Collectar (fols. 19r-130v), up to 35 lines for Calendars and other texts, ruled in plummet, written above top line 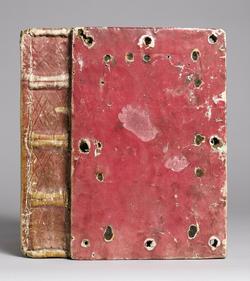