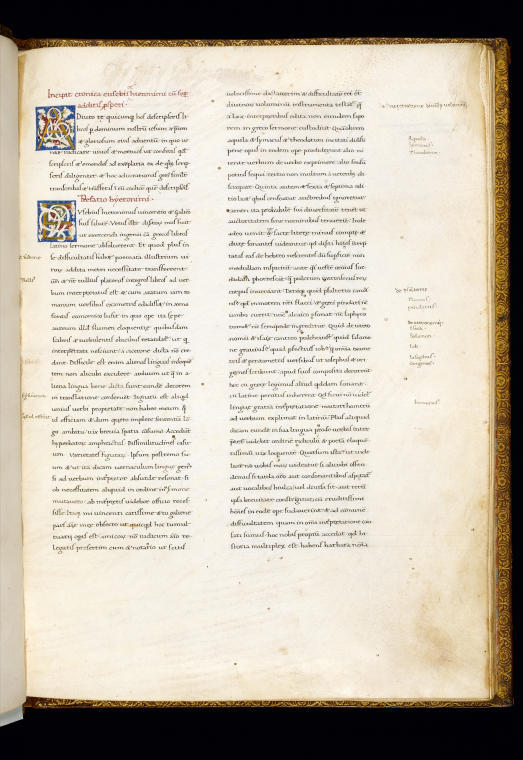 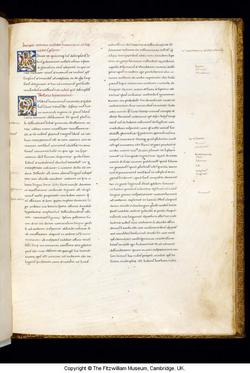 BINDING: eighteenth century, diced and polished brown calf over wooden boards, with gilt tooling on boards, edges and turn-ins, the alternating palmettes and fleur-de-lys motifs characteristic of bindings from the collection of Dr Anthony Askew (1722-1774).

ORMAMENTATION: Ten white vine-scroll initials [4-5 ll.] in gold on square grounds of blue, dark red and green for major divisions in prose sections (fols. 1r-5v); the text is written in brown and red, with divisions marked by red paraph marks for text in brown, and blue paraph marks for text in red; record of Christ’s birth added in gold (fol. 63r).

Method of acquisition: Bought (1917) by Leighton