Nine illuminated leaves from a manuscript of Gratian’s Decretum with the Glossa ordinaria of Bartolomeo da Brescia: Marlay cutting It. 9 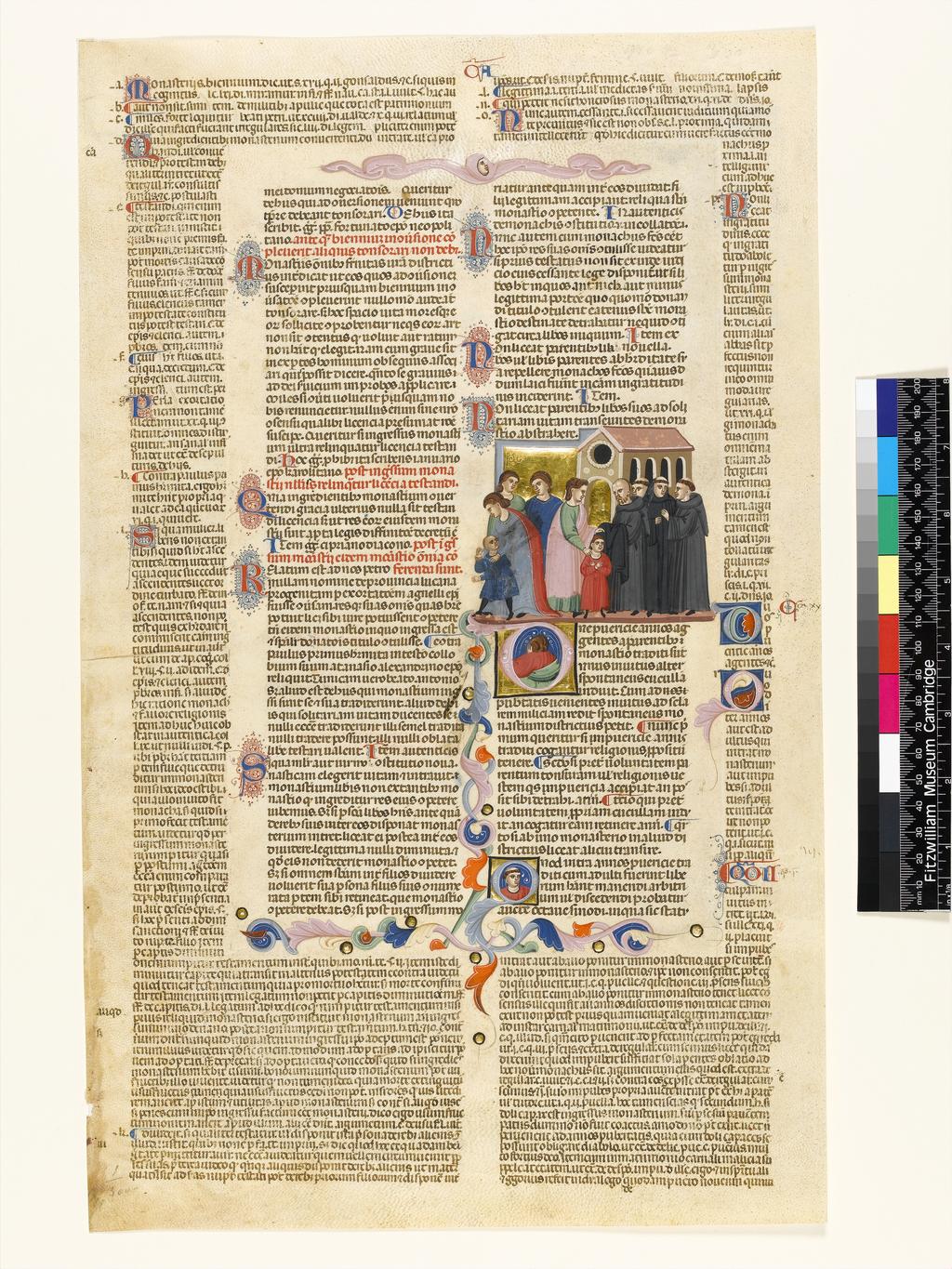 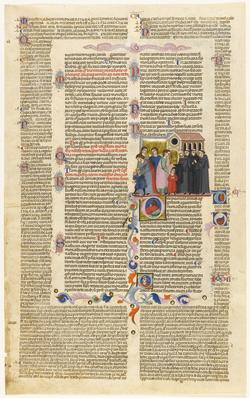 DECORATION: Marlay cutting It. 9r: One-column miniature: One child is led away from the monastery by his mother, while his father presents the other child to a group of monks and their abbot, who holds out a black habit.

Inter-column decoration: The space between text and gloss columns is decorated with foliate, acanthus and gold disc partial borders and zoomorphic motifs: Marlay cutting It. 9r Head enclosed in hood which extends in both directions to form a horizontal motif.

The Fitzwilliam Museum (2023) "Nine illuminated leaves from a manuscript of Gratian’s Decretum with the Glossa ordinaria of Bartolomeo da Brescia" Web page available at: https://data.fitzmuseum.cam.ac.uk/id/object/178731 Accessed: 2023-02-05 09:00:57 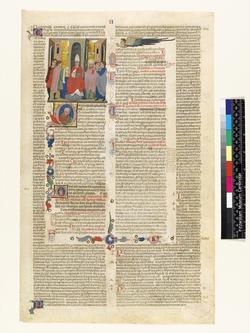 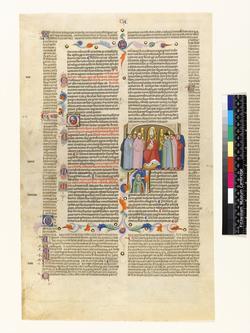 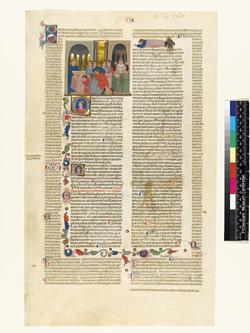 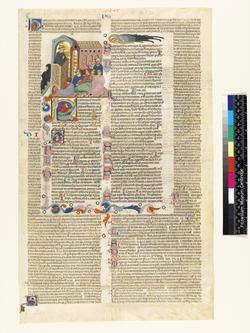 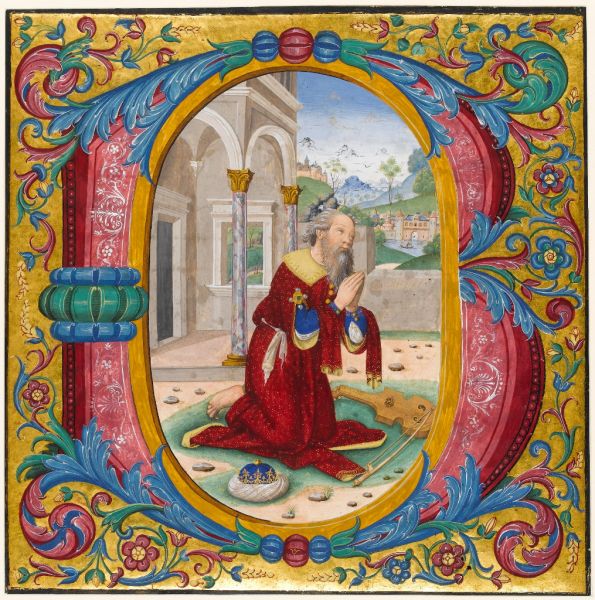