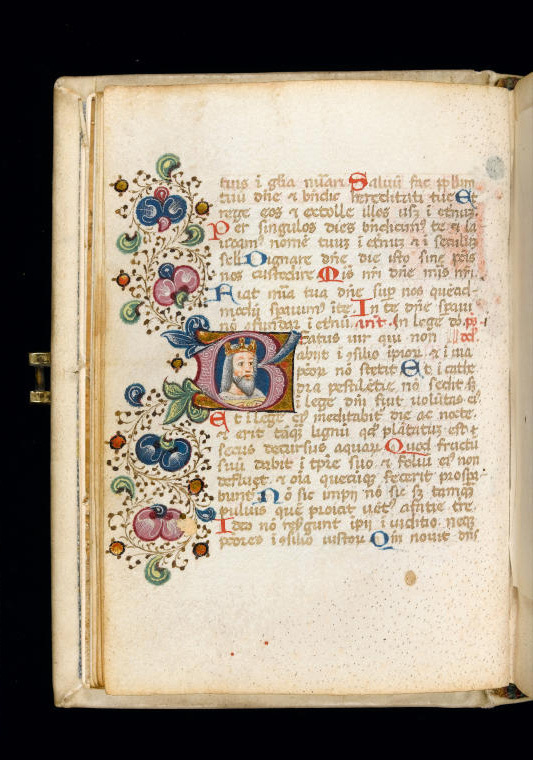 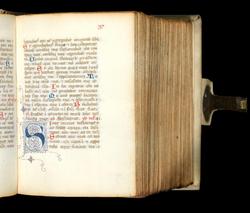 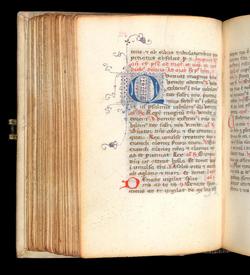 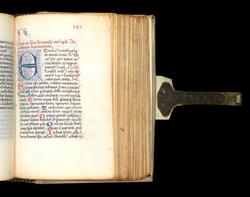 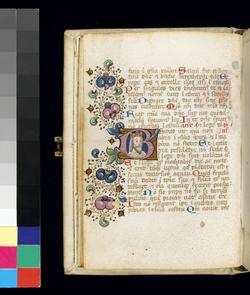 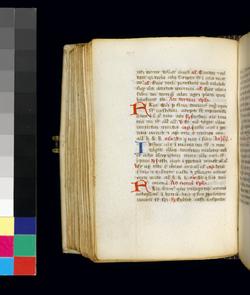 DECORATION: One gold-framed historiated initial on a blue ground with partial extensions into the margin of green, purple-pink and dull blue foliage with gold balls, black dots and sprays: fol. 1v Psalm 1, (B, 5 ll.) Head of David.

ORNAMENTATION: One ornamental initial with geometric ornament in white on a gold ground (T, 5 ll.) with small extension into the margin of gold balls with black dots and pink and pale blue penwork (fol. 1r). Numerous penflourish initials (2 - 8 ll.) in blue and purple, the larger ones having penwork extensions into the margins (e.g. fols. 27r, 119v, 397r); elaborate penwork catchword frame with rosettes and geometric ornament (fol. 440v).

History note: Fr. Gasparis(?) Branzaghi(?) (partially erased ownership inscription on fol. i recto); Milan, Biblioteca Trivulziana (stamp on spine and cutting from a French bookseller's catalogue, 5931 ... provenant de la Bibliothèque Trivulzio, pasted inside upper cover); the Trivulzio Library was divided between two brothers, part of it went to Gerolamo Trivulzio, passed on to his daughter, Cristina, who married Prince Emilio Belgiojoso, and then on to Cristina's daughter, the Marchesa Trotti, who may have sold it to the French bookseller; James Stewart Henderson (d. 1933), his bequest, 1933. 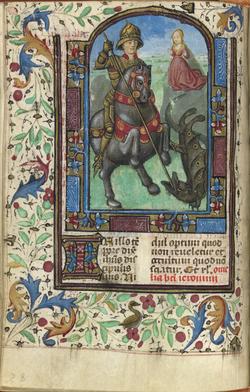 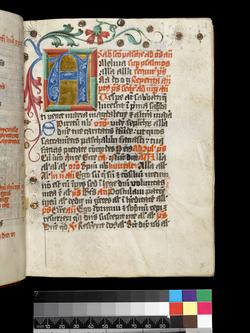 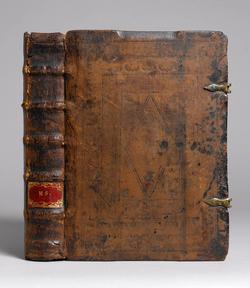