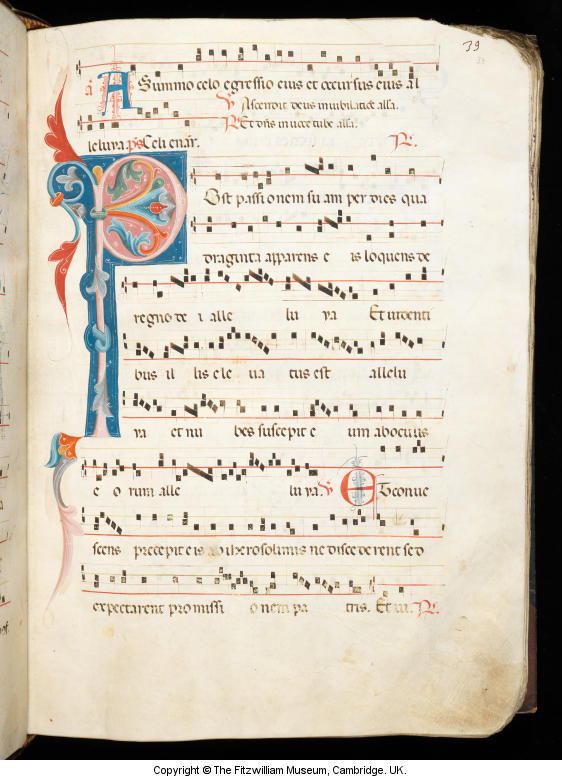 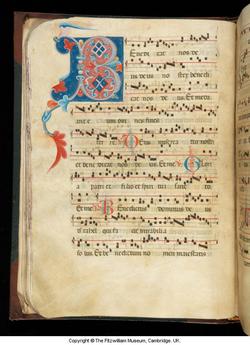 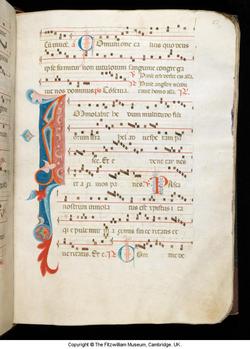 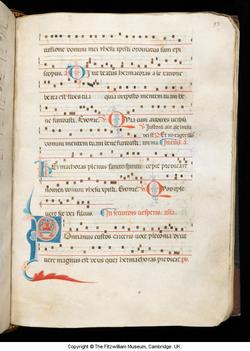 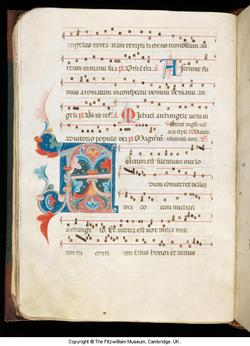 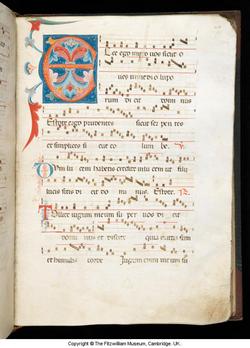 CONTENTS
fols. 1r-179v Temporal and Sanctoral integrated, beginning imperfectly at the end of the Office for Easter Sunday with the antiphon for the Asperges of the Easter season, Vidi aquam, and ending with the feast of St Andrew (30 Nov.)
fols. 180r-218r Common of the Saints
fols.218v-223r Dedication of a Church
fols. 223r-230v Offices for the Sundays after Pentecost
fols. 231r-268r Responsories for the Matins lessons from the books of the Kings, the sapiential books, Job, Tobit, Judith, Esther, Maccabees and the books of the prophets for the weeks after Pentecost
fols. 268r-278r Office of the Dead
fol. 278r Versicles for the Virgin Mary, for Saints Peter, Mark, Donatus, and for Peace (addition by Hand I)
fol. 278v Collects for Vespers for the Virgin Mary and Saints Peter, Mark, Donatus and Gerard (qui in presenti requiescit ecclesia) (addition by Hand II)
fols. 279r-287r Antiphons for Vespers and Compline for the feasts of the Temporal and the Sanctoral throughout the year 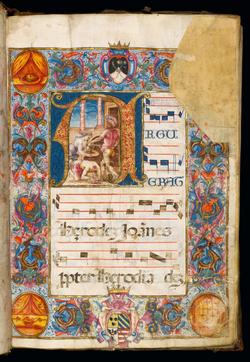 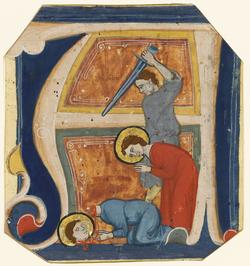 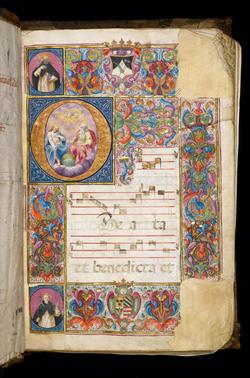 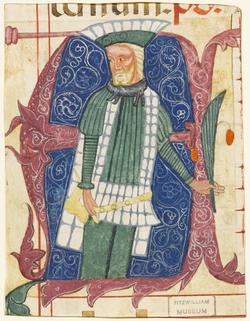