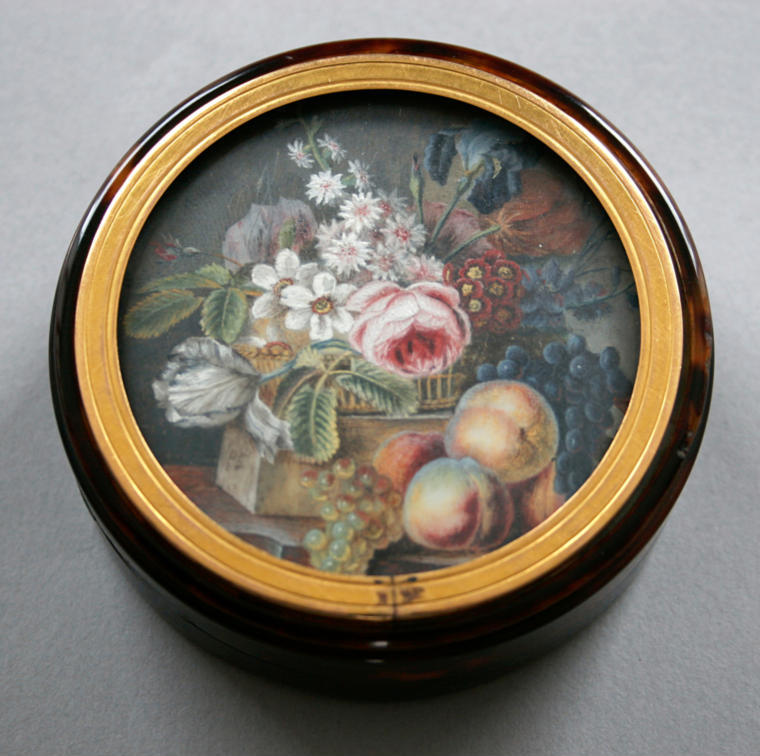 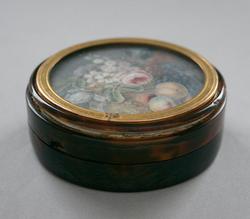 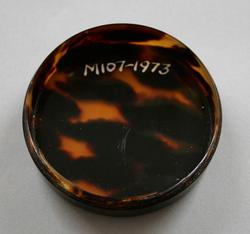 Tortoise shell set with a miniature in bodycolour on ivory, mounted under glass in gilt metal. The circular box has straight sides and a flat pull-off lid. The circular miniature depicts a basket of flowers, including roses, tulips, narcissi, auriculas and iris, standing on a stone plinth next to a bunch of black and white grapes and four peaches, all on the corner of a marble slab.

Piat Joseph Sauvage was Flemish but worked in Paris