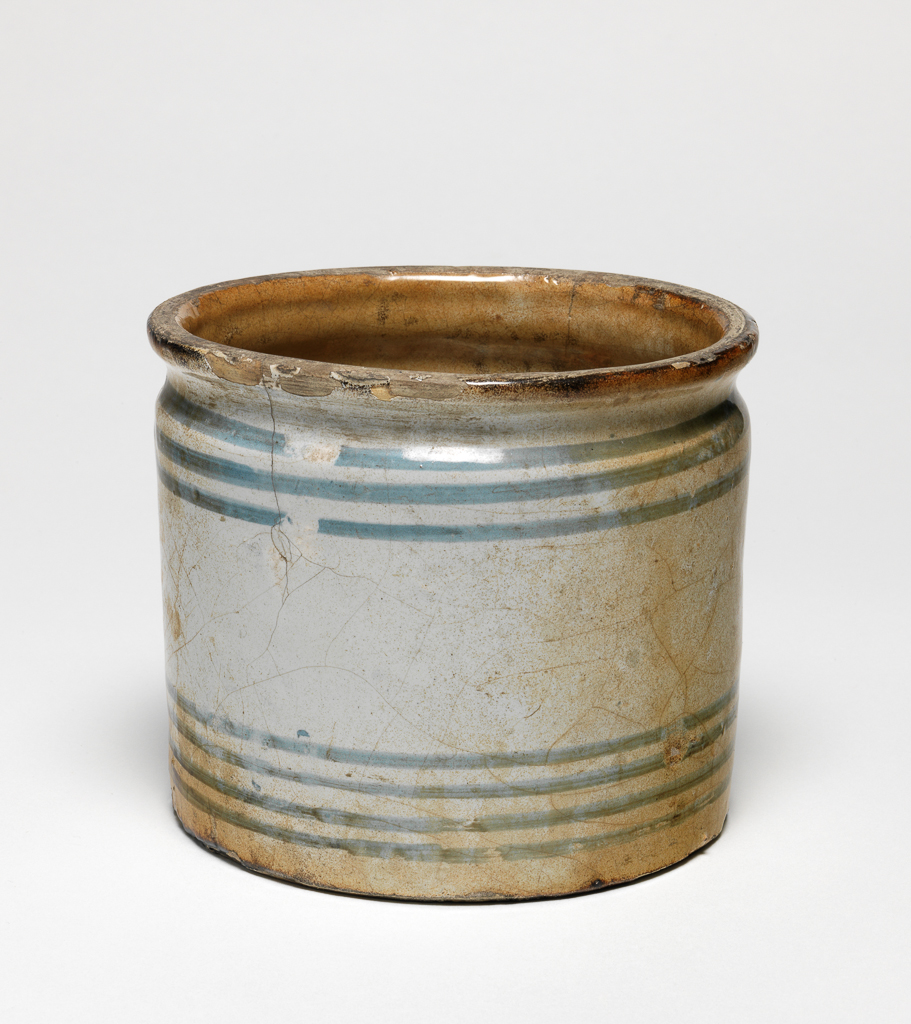 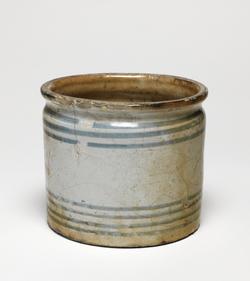 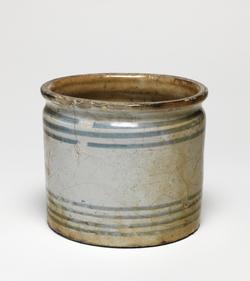 Buff earthenware, thrown, tin-glazed, and painted in blue. The underside is only partly glazed. Cylindrical with everted rim, and slightly concave base. The exterior is decorated with groups of horizontal stripes, three below the rim and four above the base.

History note: According to the vendor, excavated in a court off Dean Street, Soho; Mr Hugh Sadler, 14 Kilburn Square, London, who sold it on 25 June 1910 to Dr J.W.L. Glaisher, FRS, Trinity College, Cambridge

Throwing : Buff earthenware, thrown, tin-glazed except for part of the base, and painted in blue
Tin-glazing