Felspar porcelain painted in polychrome enamels with a view of the Port of Messina, bordered by raised gilding over a pale peach ground

Felspar porcelain (a type of bone china), moulded, glazed, and decorated with painting in polychrome enamels, and raised gilding over a pale peach ground. The tazza is circular with shaped edge, wide sloping rim, with four panels flanked by scrolls in relief at the cardinal points, and a shallow well with flat centre, standing on a low foot moulded with scrolls and shells and having a deep indentation on the right and left sides. The flat area is painted in polychrome with a view of the Port of Messina. The rim has a pale peach ground overlaid by raised tooled gilding in a hexagonal scale pattern with a raised dot in the centre of each scale, interrupted by four scale panels flanked by heaavily gilt scrolls. The underside of the rim is decorated with a circular wreath of gilt scrolls and anthemion motifs, and there is a gold band round the outer edge. The foot has a pale peach ground and the raised scrolls and edges are gilded. The underside within the foot is inscribed in gold ‘The Port of Messina’.

Purchased with the L.D. Cunliffe Fund

Felspar Porcelain was a new body introduced by Spode in 1821. It was a form of bone china, but instead of being made of Cornish stone, china clay and calcined bones, the Cornish stone was replaced by feldspar from Middletown Hill, on the border of Shropshire and Montgomeryshire. The feldspar was discarded waste from a lead mine and was therefore cheaper than Cornish stone, and cost less to transport to Stoke. Its production was discontinued in 1889.

This dish was displayed at the Great Exhibition of 1851.

Inscription present: the wording forms the top part of a circle with leaves and berries below. 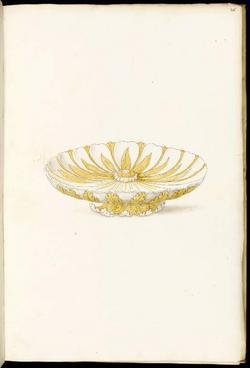 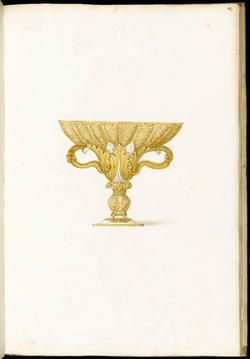 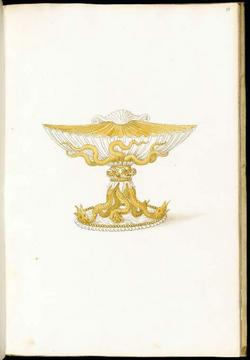 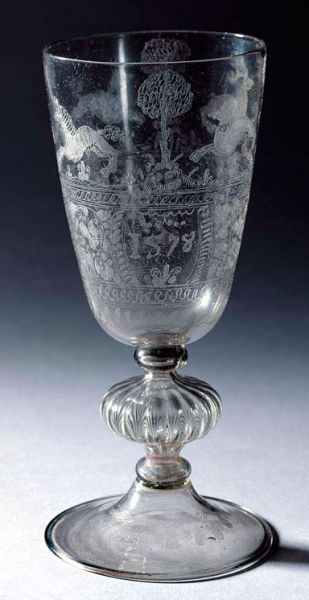 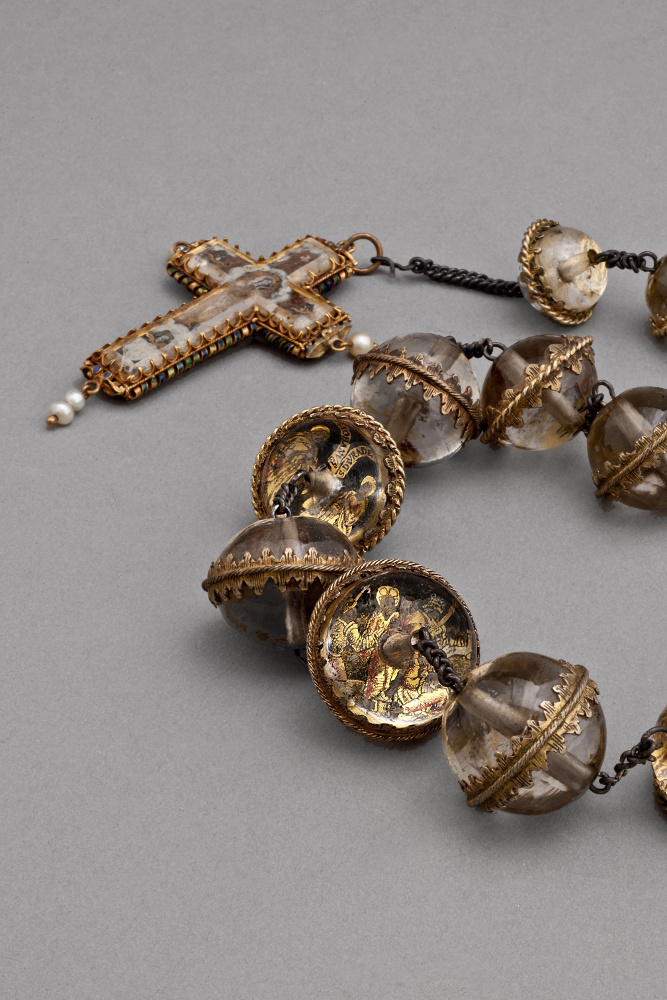