Five relief moulded green glass buttons. Each with raised rim surrounding two large cabochon shapes and two much smaller cabochon shapes to top and bottom between the larger ones. The inner ground and back are coated with gilt-metal lustre . A brass circle with button loop is fixed to the back. The buttons are tied together with a brown cord.

History note: Inherited by the donor from his father, John Simon

Lucie Rie DBE (1902-1995) was one of Britain’s most prominent modernist potters. She studied and practiced ceramics in Vienna before fleeing to London in 1938. During the war years she designed glass buttons like these for Fritz Lampl, another Viennese émigré who had re-established his firm Bimini (later known as Orplid) in London. In 1945 she developed her own business making ceramic press-moulded buttons, buckles and tableware at Albion Mews, near Hyde Park. After the war, Rie became known for her elegant stoneware and porcelain vessel forms with gentle ribbed patterns and textured surfaces and taught at Camberwell and the Royal College of Art, whilst continuing to make buttons for couture designers. Her studio has been reconstructed at the V & A Museum. 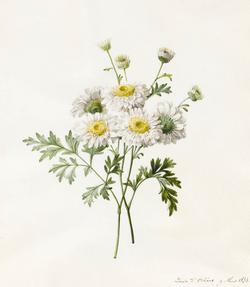 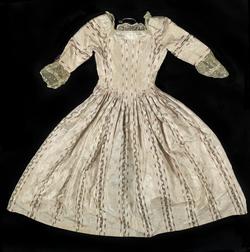 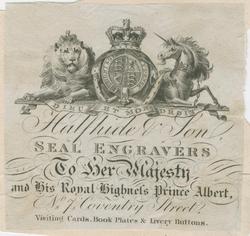 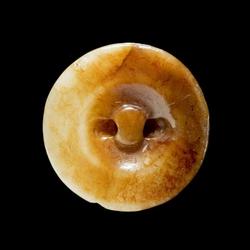