History note: The donor commissioned this crucifix in c. 1960 to mark his ordination as Deacon in 1958 and subsequently Priest in 1959. According to Father Brown, the original design by Pilgrim Wetton was made in ivory but after seeing a silver version in a Catholic bookshop, he commissioned Wetton to make a version in gold, costing 17 guineas. Father Brown has a long association with Cambridge, having studied Theology at Fitzwilliam College in 1953, when it was known as Fitzwilliam Hall and located on Trumpington Street, opposite The Fitzwilliam Museum. He later attended a Theological college near Oxford and was ordained at Guildford before working as a Senior Curate at St Nicholas, Chiswick. He subsequently worked as Chaplain at the Chelsea College of Science and Technology before moving to a parish church, St Saviours, in Sunbury Common.

This crucifix is an excellent example of Pilgrim Wetton’s design. The original was carved from ivory, from which this gold version, a commission from the donor, was cast. Wetton finished off the fine detailing himself and personalised the reverse of the crucifix for Rev. Brown. The process is detailed in some extremely interesting letters from the designer to the donor, which accompany the crucifix. Wetton is best-known for his ecclesiastical stained glass, an example of which is the collection of the Victoria and Albert Museum. 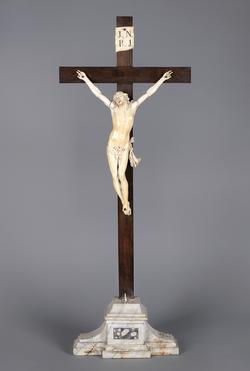 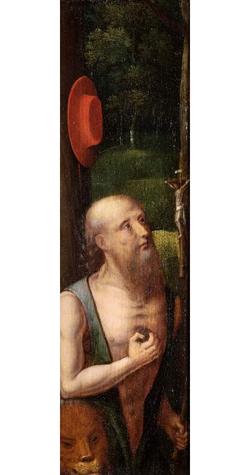 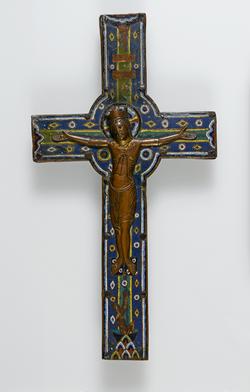 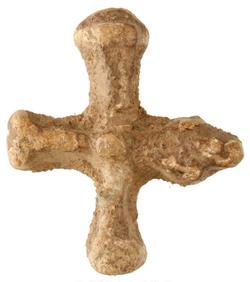