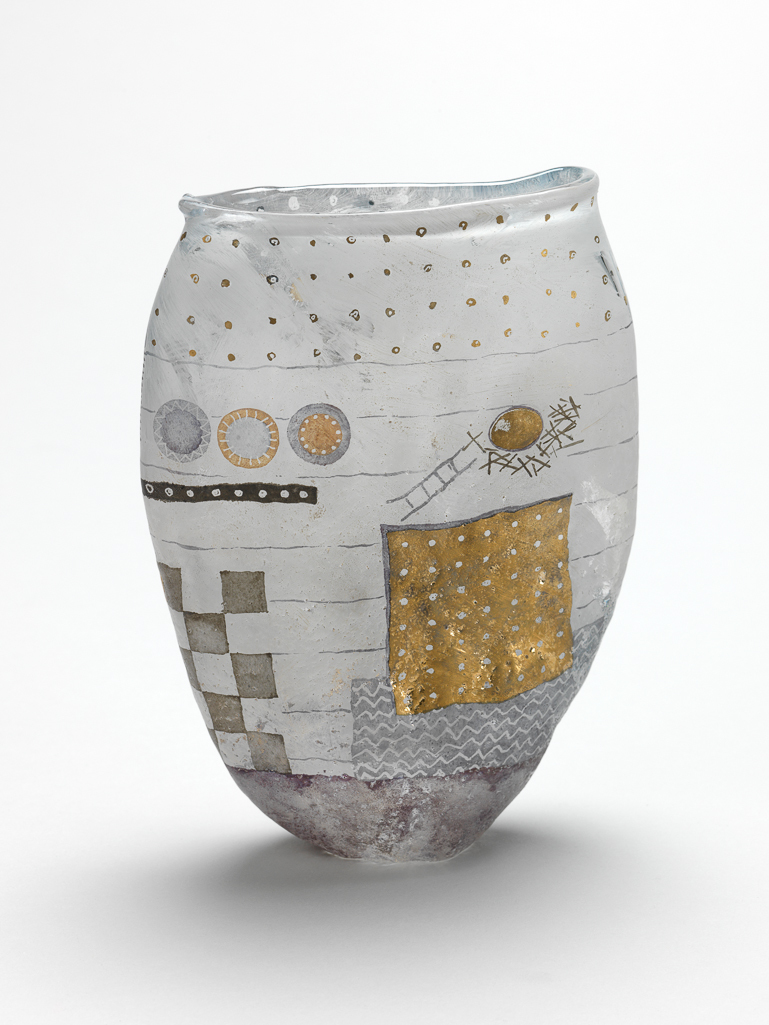 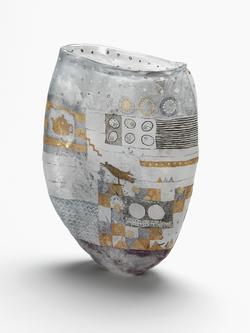 Tea and the Indian Bird

Clear glass, blown into a soft sand mould, sandblasted, hand-painted in white, pale purple, and grey enamels and lustres. The vase is of squashed elongated oval form, standing on a narrow irregularly shaped four-sided base. The left side bulges outwards more than the right. On the front there is a teapot in a square border with a zig-zag line extending downwards from it towards a bird, who stands on a chequered form which rises out of waves. Above are six half eggs on a rectangle and above them, three circular dishes. On the other side there is a spotted gold square rising out of waves, with above, a ladder, a ball and ? nails, and to the left three circular dishes over a black bar with white spots. Round the top there are four rows of spots.

Text from object entry in A. Game (2016) ‘Contemporary British Crafts: The Goodison Gift to the Fitzwilliam Museum’. London: Philip Wilson Publishers: Liz Lowe studied Ceramics and Glass at Leicester Polytechnic and the Royal College of Art, London. Surface patterns are often inspired by textiles and are created through painting directly onto the glass surfaces with enamels and lustres. Areas of the surface are sandblasted to create opaque, matt elements through which the shadows of the marks on each side emerge to blend with the foreground marks. 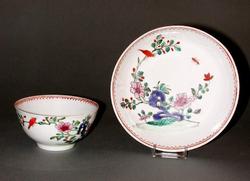 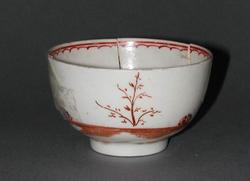 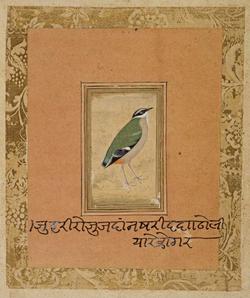