Tortoise-shell box with a miniature of a vase of mixed flowers on a ledge: M.69-1973 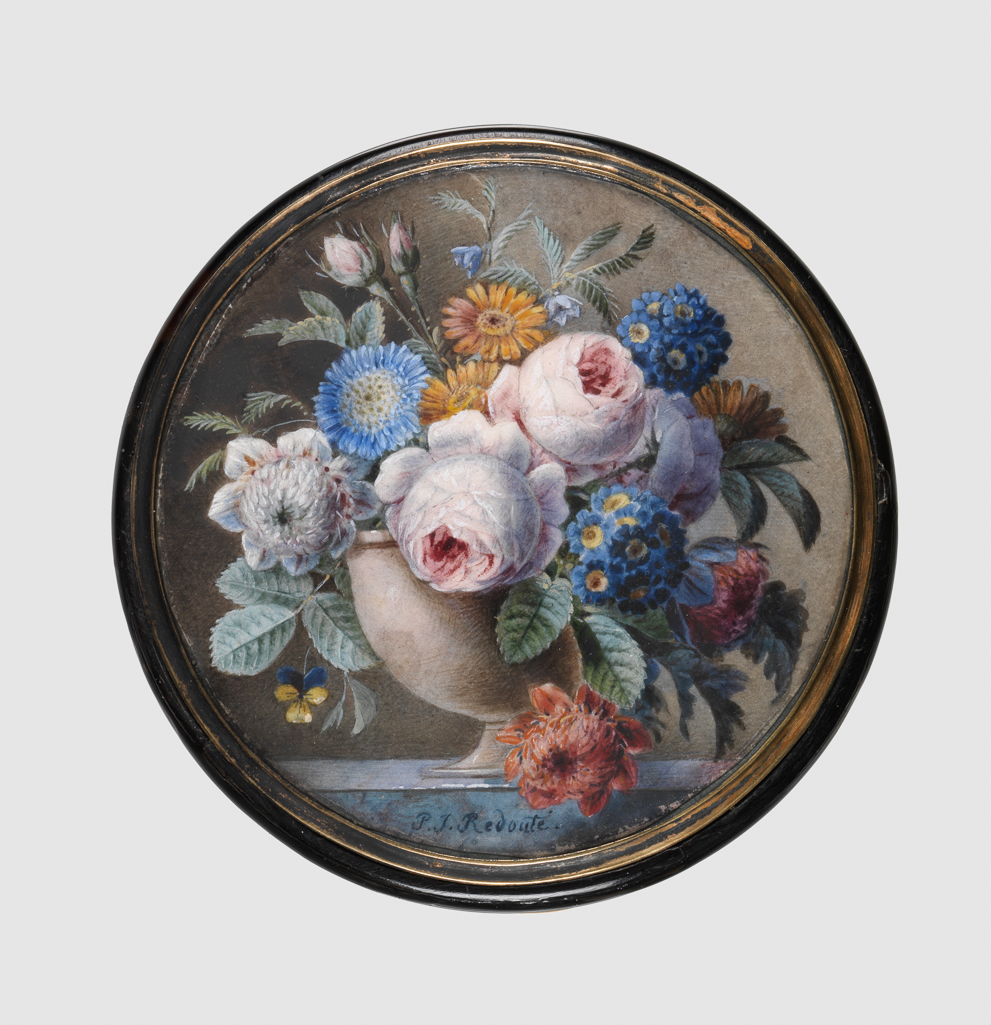 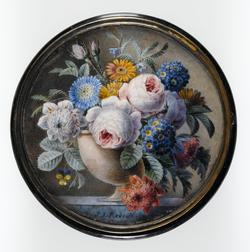 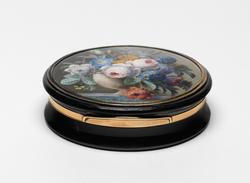 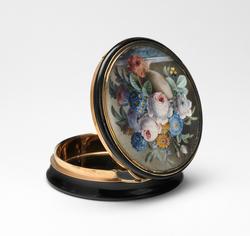 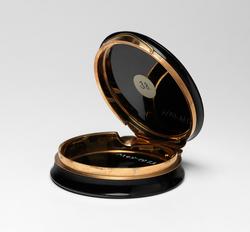 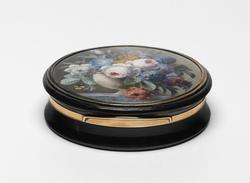 Tortoise-shell and gold with a miniature in watercolour and bodycolour on card, mounted in gilt metal and set under glass. The circular box has slightly concave sides and hinged lid. The interior sides of the box, bezel, rim mounts, hinge and arched thumbpiece are of gold. The circular miniature depicts a pale stone vase of flowers, including heartsease, anemones, blue aster, marigolds, campanula, auricula and centifolia roses, on a marble slab.

Pierre Joseph Redouté was Flemish but worked in Paris

Watercolour : The tortoise-shell was carved, heated and moulded to form the parts of the box which were glued together; the miniature was painted in watercolour and bodycolour on vellum, which was set under glass in a mount of gilded metal 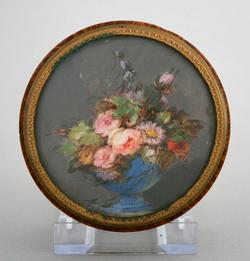 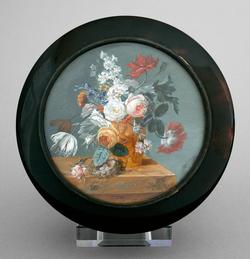 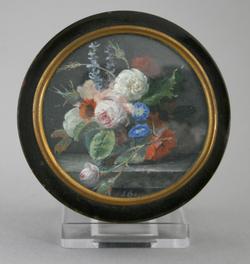 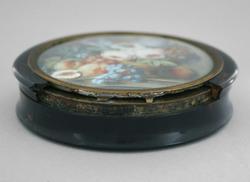 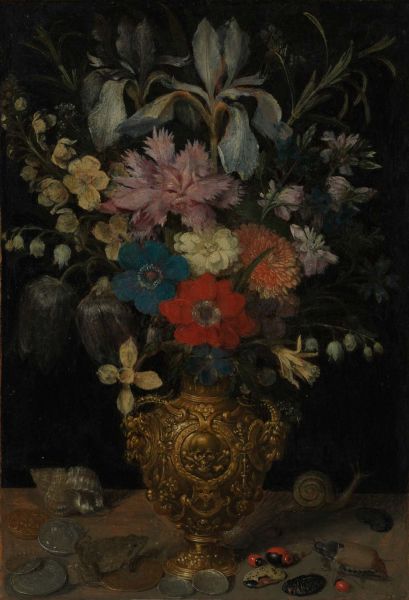 Flowers of the Field 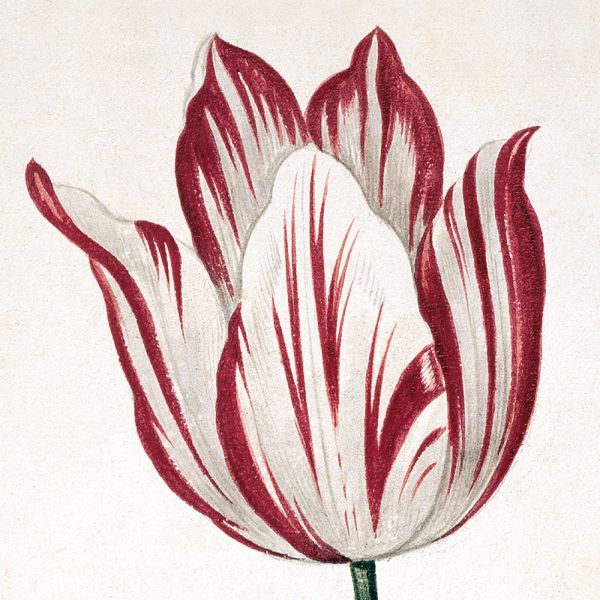 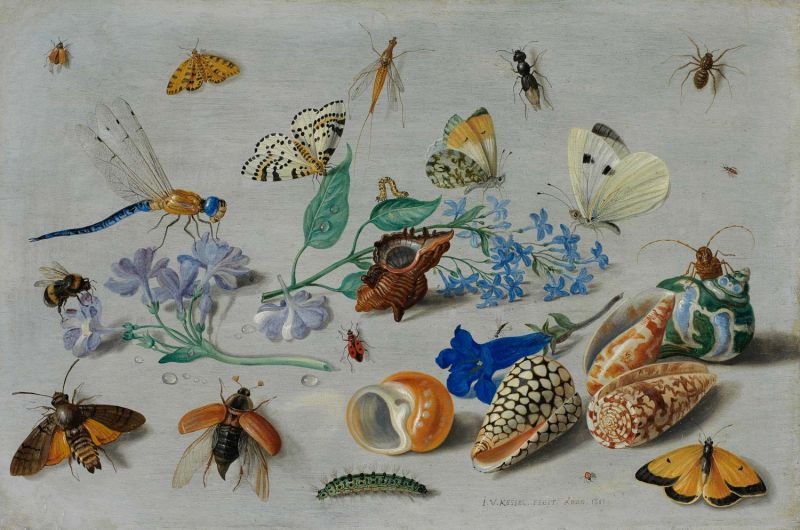 Butterflies and other insects