Soft-paste porcelain containing bone ash, figure of a Scotch Shepherd Bagpiper with Dog, press-moulded, and painted over lead-glaze in blue, green, yellow, flesh pink, red, purple, and black enamels, and gilt. The underside of the circular base is unglazed and has a ventilation hole at the back. The front of the top is decorated with three applied flowers and leaves. The Shepherd stands in front of a tree stump with a square aperture at the back to take an attachment. A dog lies on the ground on the viewer's left. The Shepherd stands on his right leg with his left leg extended to the front so that the foot is over the edge of the base. He leans to his left with his head turned to his right, and holds the bagpipes in both hands with the bag under his left arm. He has black hair, and wears a blue tam with a gold band round the lower edge. He has a yellow jacket over a white shirt, and plaid breeches with yellow bows at the knees. A narrow plaid is thrown across his right shoulder. His shoes are blue with yellow bows. 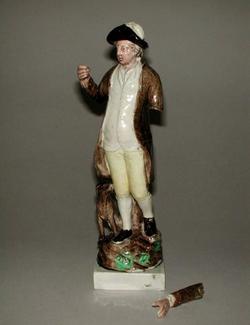 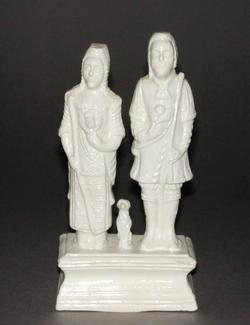 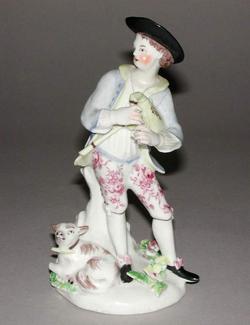 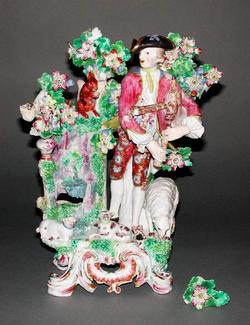 Shepherd with a Sheep, a Lamb and a Dog 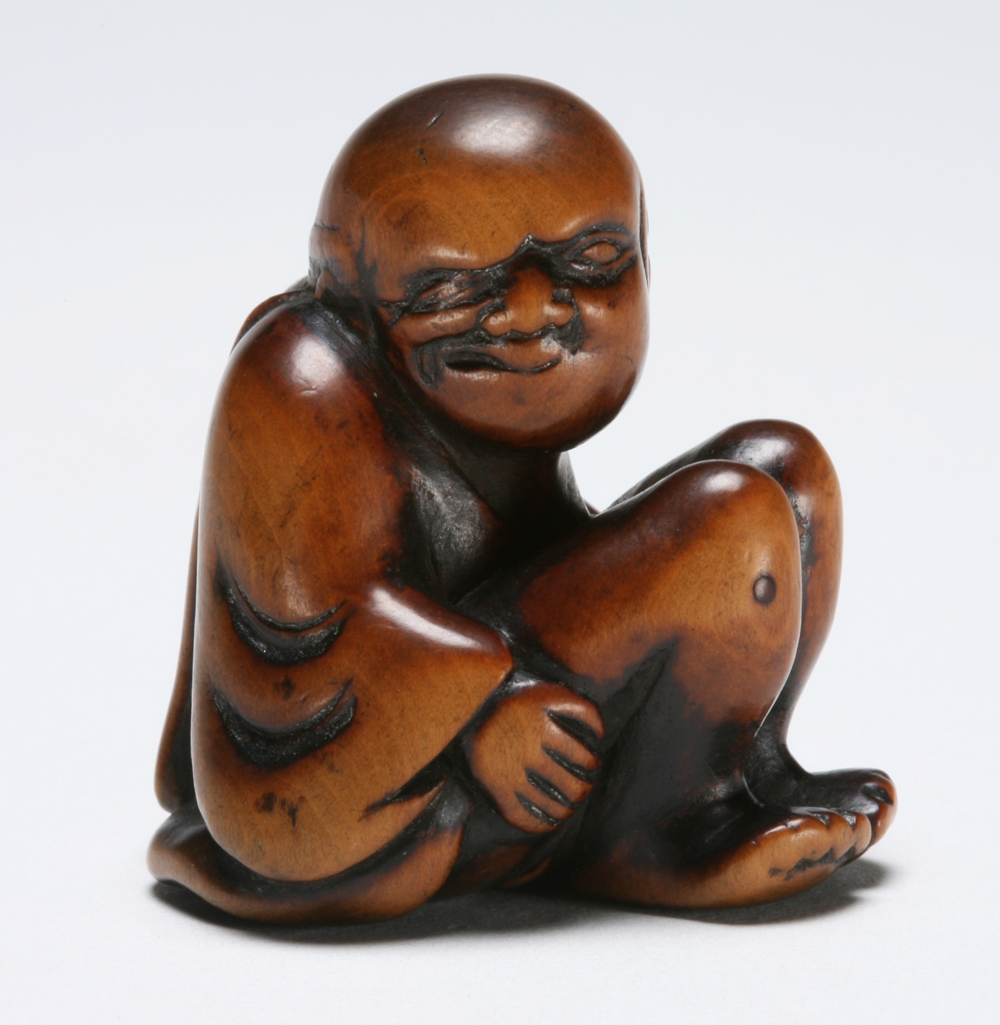 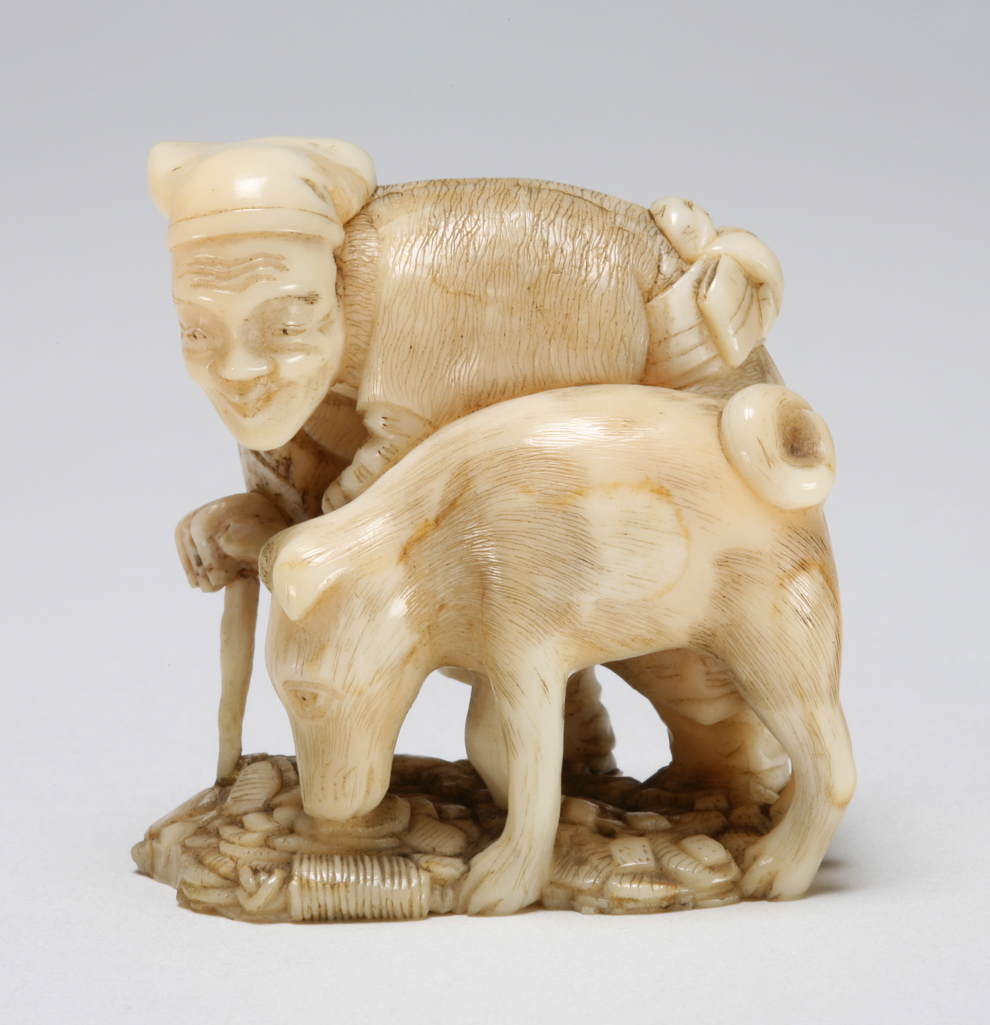