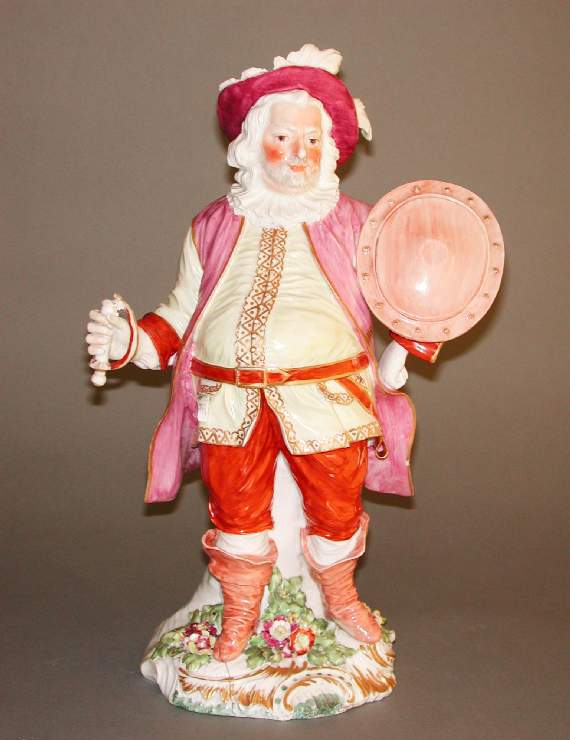 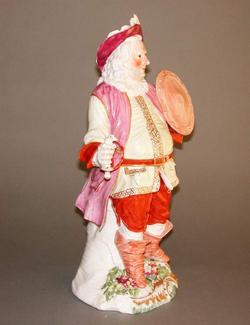 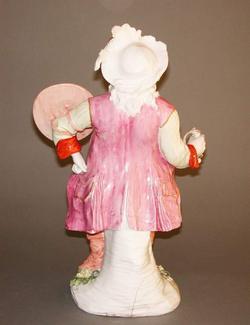 Soft-paste porcelain, slip-cast, and painted over lead-glaze in pale turquoise, green, yellow, pink, mauve, orange, red, pale reddish-brown, grey, and black enamels, and gilt. The flat underside is unglazed, and has three patch marks, and a circular ventilation hole to rear of centre. The roughly oval base has a tall, thick tree stump at the back, and rococo scrolls at the front, above which are three groups of applied flowers and leaves. Quinn stands facing the front, with his feet apart. His right hand holds an upright sword (missing), and an oval shield is strapped to his upper left arm, the clenched hand of which rests on his hip. He has a ruddy complexion, a grey beard and white hair, over which is a white broad-brimmed hat with a mauve underside, and white feathers. He wears a soft white ruff, a yellow sleeved doublet with gold borders, pockets, and red cuffs, a red and gold belt, a pink sleeveless coat with a gold edge, red breeches, and pale brown high boots. A bill projects from his right waistcoat pocket. The flowers on either side of his feet are mauve, and yellow, and those between his feet, are mauve, yellow, and red. The scrolls are picked out in gold. The sword blade has been replaced by a steel blade, now separate.

This model represents the actor, James Quinn (1693-1766), in the role of Sir John Falstaff.The first model was derived from an engraving of about 1760 by James McArdell after a portrait by Francis Hayman, 'Mr Quinn in the character of Sir John Falstaff'. Sold at the Golden Head in Covent Garden. See an example in the British Museum. CS.149.1 Cheylesmore colln. 1902.10-11.3373. 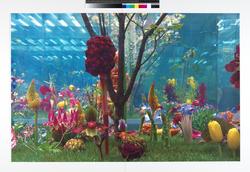 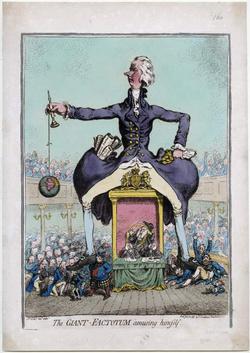 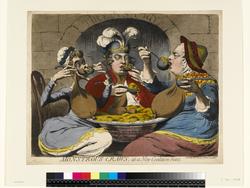 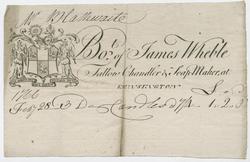 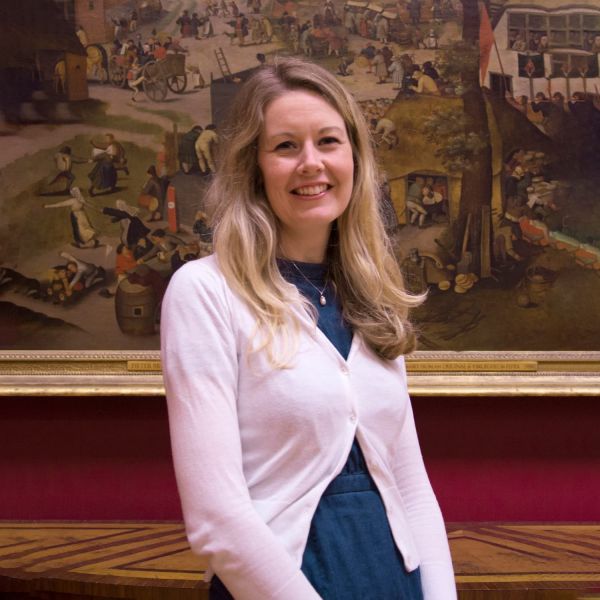 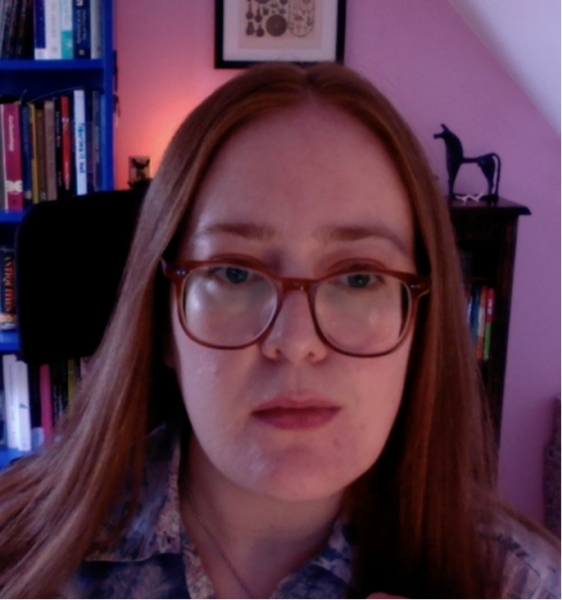 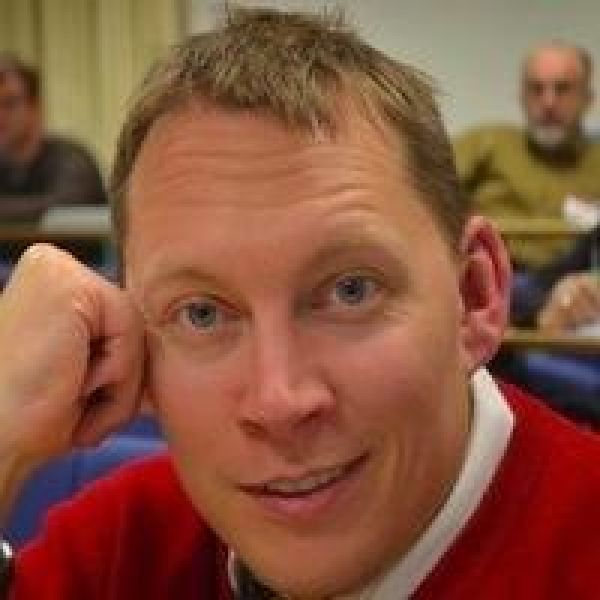