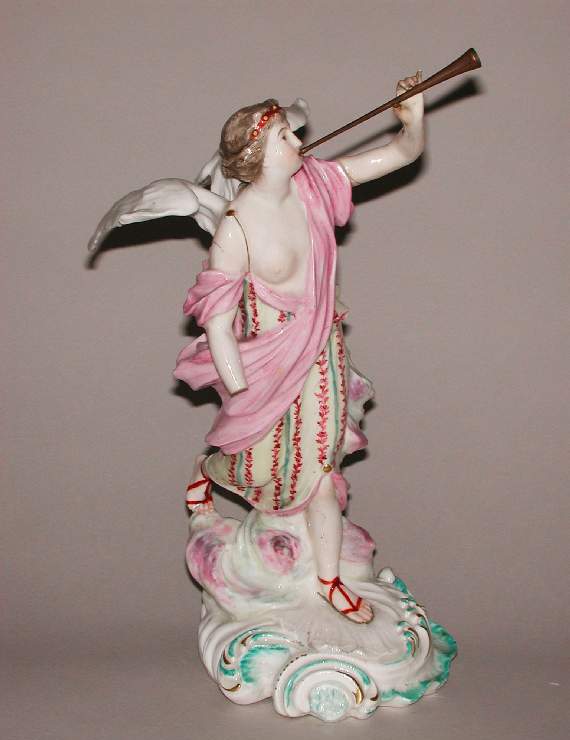 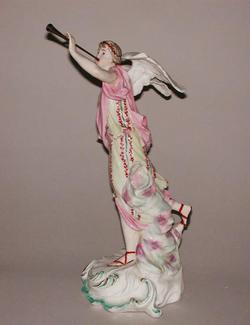 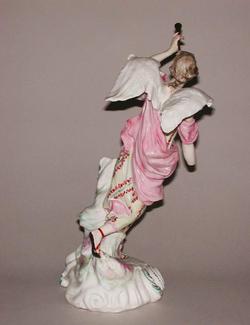 Soft-paste porcelain figure of Fame blowing a trumpet, painted in enamels, and gilt

Soft-paste porcelain figure of Flame, slip-cast, and painted over-glaze in turquoise, pale yellow, yellow, pink, flesh pink, dark pink, mauve, red, brown, and a little black enamel, and gilt. The unglazed underside has a large circular ventilation hole at the back, and three patch marks. The almost circular mound base has a scrolled and frilled rococo edge at the front, and rises up at the back into a tall narrow heap of rocks or billowing clouds which support the figure. Fame stands on her left foot with her right leg extended behind her, the foot resting on a projecting rock. The figure leans forward probably as a result of firing. She has wings, and in her left hand holds up a trumpet which she is blowing. Her right arm hangs down (lower part missing). Over her brown hair she has a red circlet with yellow studs at intervals. Her face is painted naturalistically. She wears an off the right shoulder, pale yellow tunic with a pattern of turquoise stripes alternating with vertical stems of dark pink leaves, and held up by a gold string over her shoulder. Over her left shoulder she has a pink drape which swirls around her body. Her sandals have red straps and black soles. The edge of the base is picked out in turquoise and gold, and the rocks or clouds are pale pinkish-mauve.

Given by J.R. Wardale, MA 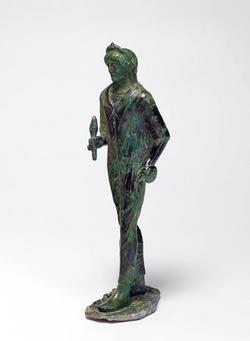 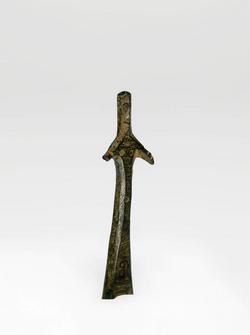 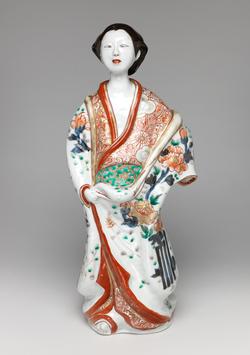