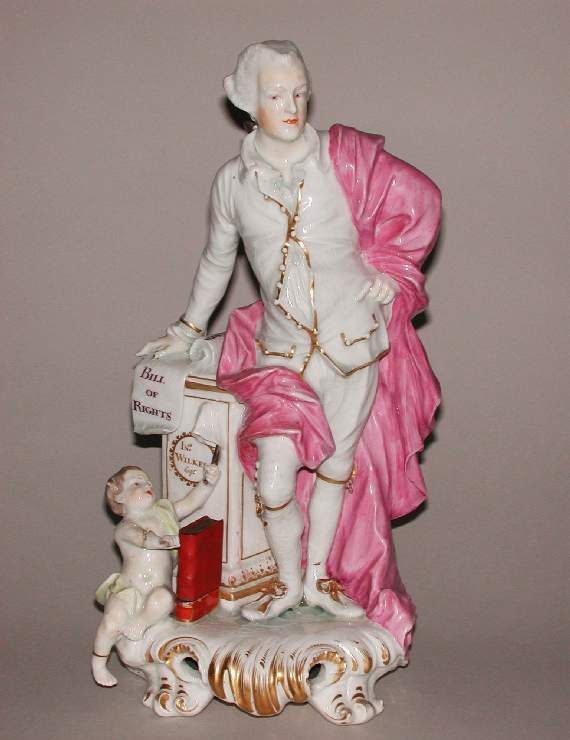 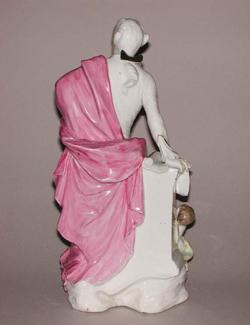 Figure of John Wilkes accompanied by a putto, soft-paste porcelain, painted in enamels and gilt.

Soft-paste porcelain, slip-cast, covered in bluish lead-glaze, which has pooled where it lies thickly, and has crazed. Painted overglaze in pale yellow, flesh pink, pink, red, purple, brown, and black enamels, and gilt. The partly glazed underside has a central circular ventilation hole, and four large patchmarks. The roughly oval, shaped base has at the front two upward scrolling feet, separated by a downward scroll or wave motif, and is almost flat on top. Wilkes stands on the viewer's right of the base with his right knee relaxed, his left hand on his waist, and his right resting on top of a rectangular pedestal, on which is a sheet of paper inscribed 'BILL OF RIGHTS', and a scroll inscribed 'MAGNA CARTA'. A putto is seated in front of the pedestal, holding up a cap of Liberty on a stick in his left hand, and steadying a book with his right hand. Wilkes is undecorated apart from his naturalistically painted face, a black bow on his queue, gold borders and bows on his jacket, breeches, and shoes, and a pink cloak. The putto has a pale yellow drape, and a brown stick, and the book is red. The inscriptions on the scrolls are in purple. The pedestal has gilded borders, and is inscribed on the front in gold, 'Ino./WILKES/Esq.r' in gold. The scrolls on the front of the base are picked out in gold.

The source for the model was probably a mezzotint possibly by John Dixon, published by Robert Sayer, about 1764-9, of which there is an example in the National Portrait Gallery, 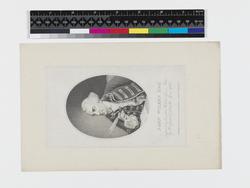 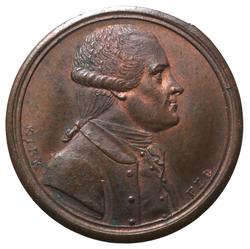 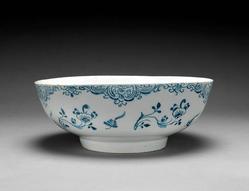 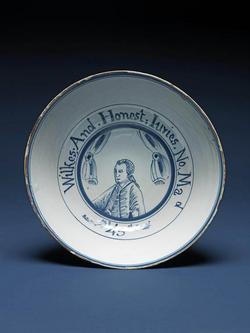