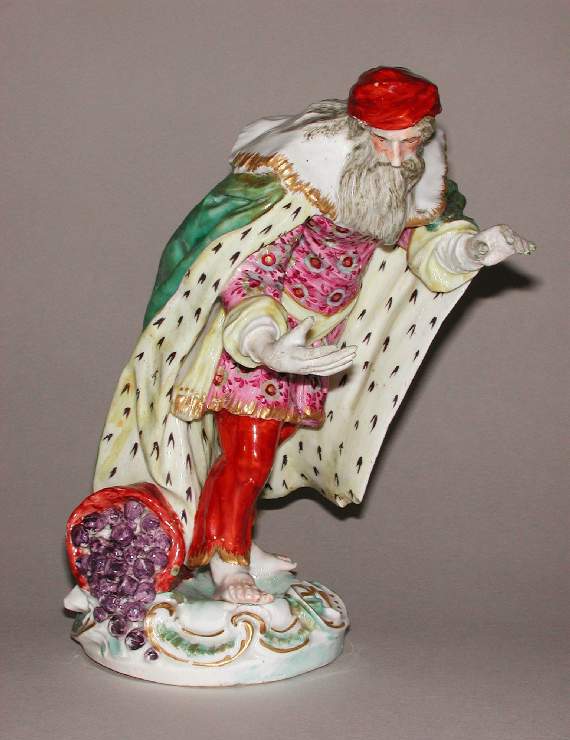 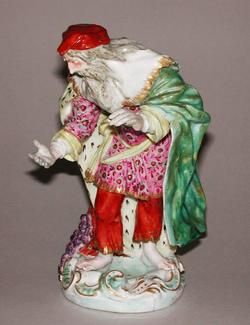 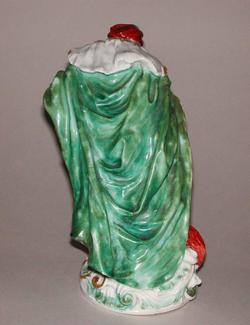 Soft-paste porcelain figure of St Philip standing with a basket of grapes beside him, painted in enamels, and gilt

Soft-paste porcelain figure of St Philip, slip-cast, and painted overglaze in bluish-green, yellow, dark pink, orange-red, purple, and brown enamels, and gilt. The unglazed underside has been ground down round the edges, and has a circular ventilation hole in the centre. The circular base has scrolls in relief round the front edge and sides and a slightly concave top. On the left is a basket of purple fruit (?)which supports the figure. St Phillip strides forward with his feet apart, right advanced, holding both hands in front of him. He has a ruddy complexion, long brown hair and a long beard. He wears a red cap, a pink long-sleeved tunic with a dark pink stylised floral pattern, yellow cuffs and belt, and a gold fringe round the lower edge. His trousers are red with gold-fringed edges to the legs, and he has a mottled green cloak with a pale yellow and purple ermine lining, and a broad white collar with a gold edging.

J.V.G. Mallet has suggested Agostino Carlini (c. 1718-90) as a possible modeller of this and certain other Derby dry-edge figures, see Documention, 2003.

This figure can be identified as St Phillip by the basket at the figure's feet, which was one of his attibutes because of his part in the miracle of the feeding of the five thousand. It represents one of the twelve baskets of fragments collected up after the crowd had eaten. St Phillip's usual attribute in sculpture was a Cross on which he was supposed to have suffered, rather than a small crucifix held in his hand which appears in the hand of earlier examples, a feature may derive ultimately from the engraving of St Philip by Marcantonio Raimondi after Raphael. The earlier version of 1754 with paler colouring, held a small crucifix in its right hand, missing from this example. This figure was accessioned as King Lear, probably because the lack of the crucifix did not suggest that it was a Saint. The figure has warped so that it leans forward more than was intended, as can be seen from comparison with other examples. 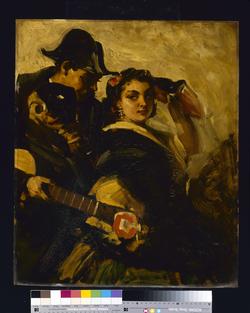 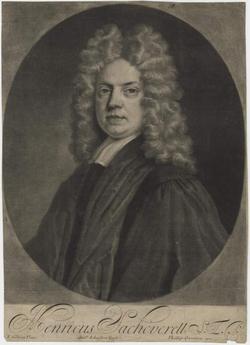 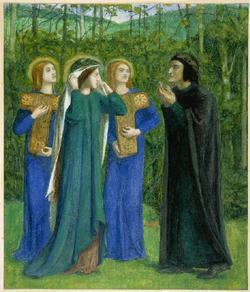 Dante and Beatrice meeting in Purgatory 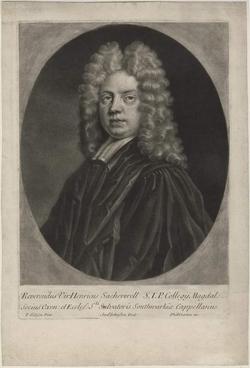 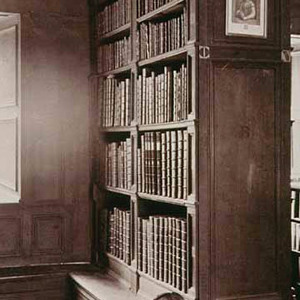 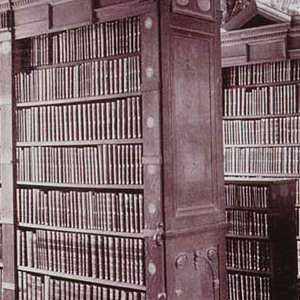 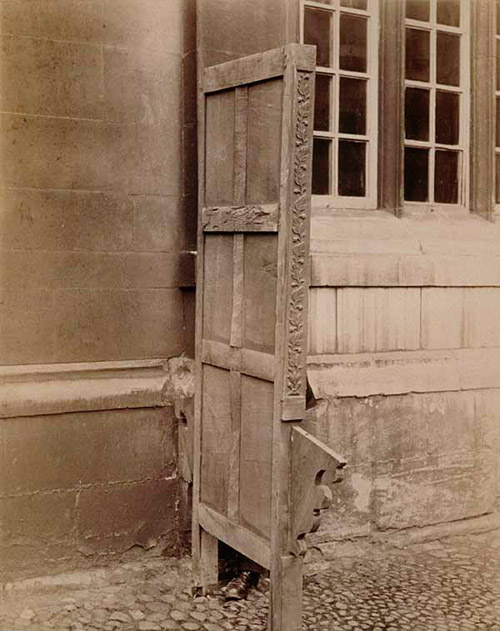