The group was an adaptation after the stipple engraving dated 17 March 1777 by William Wynne Ryland (1732-83) after Three Nymphs Distressing Cupid, by Angelica Kauffman (1741-1807), titled in Latin 'Etiam Amor Criminibus Plectitur' (Even Love is punished for his sins). Examples of the print are in the Victoria and Albert Museum, Print Room (Est 4,26581) and the British Museum Print Room (1868-8, 8, 2980, untitled). A comparison between print and group, shows that the modeller, probably Pierre Stephan, who worked for the Derby factory 1770-73, compressed the scene in order to create a group which was satisfactory when viewed from several different angles. It may have been intended to form a garniture de cheminée with groups entitled 'Two Bacchantes adorning Pan', and 'Two Virgins awaking Cupid', which are similar in style and composition. 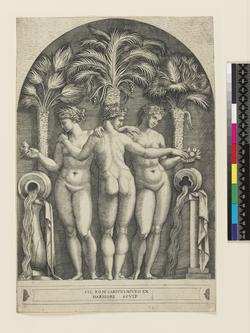 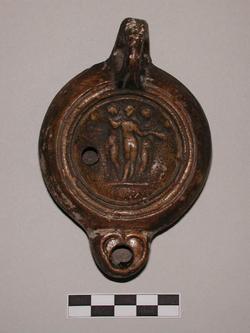 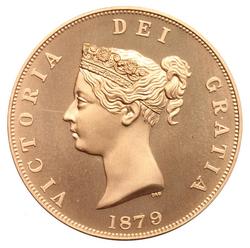 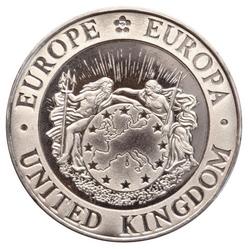