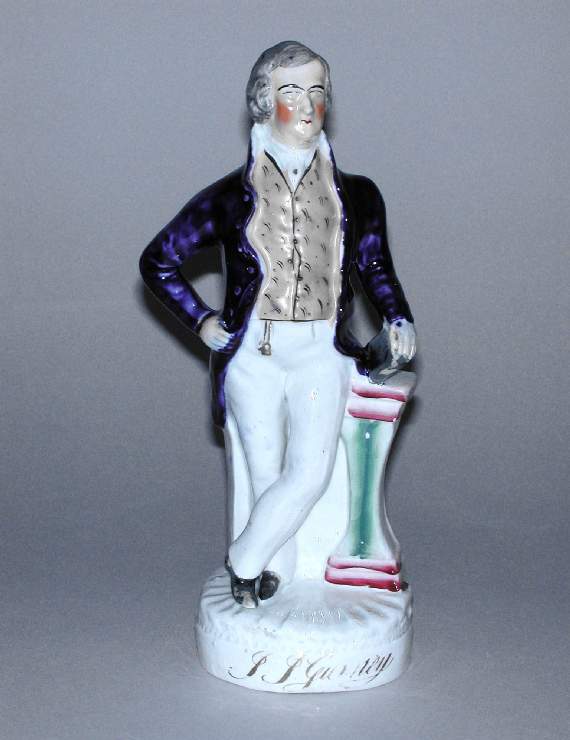 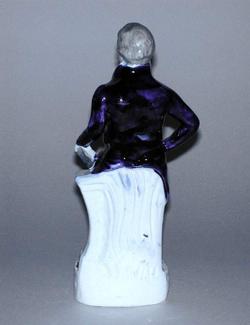 The round base has a moulded pattern to the top and is inscribed ‘J J Gurney’ in gilt script. John Joseph Gurney stands in relaxed pose, with crossed ankles; his right hand rests on his hip and his left holds a book, which rests against a short, waisted, pillar. The figure is well coloured. Gurney wears a long, blue, cut-away jacket, a flesh-pink waistcoat edged and decorated in black and a high collar; a watch hangs at his waist on his right side. He is clean shaven, with grey hair. The pillar is green, with pink bands at the top and bottom. The underside is concave and glazed, with a central round vent hole. The upper part of the back is moulded and decorated, and there is a flat, 0.6cm, vent hole 6.8cm from the bottom.

Joseph John Gurney (1788 - 1847) was a Quaker banker and reformer. He was born in Norwich; his family was influential in the area and later helped found Barclays Bank. In 1817 he joined his sister Elizabeth Fry in her campaign against capital punishment and for improvements in prison conditions. Their findings from visiting prisons in the North of England influenced Robert Peel, then Home Secretary, to introduce the Gaols Act, 1823. The Act initiated salaries for warders and female warders for female prisoners, and banned the use of irons and manacles. Gurney also campaigned against slavery and capital punishment and promoted the Quaker belief in world peace.

Rackham (1935) lists this figure as of a type made chiefly by Sampson Smith at Longton, a factory listed in contemporary directories as a ‘manufacturer of figures in great variety’, which began around 1851 and continued to make figures in quantity into the early part of the twentieth century. But Sampson Smith figures typically have an oval base, with flat top, and there were many other, often smaller, manufacturers of figures working in Staffordshire at this time.

Press moulding : White earthenware moulded in three parts with separately moulded left arm and leg, and pearlware glazed. Painted underglaze in cobalt blue and with black, grey, red, pink, green and flesh-pink enamels, and gilt. The underside is concave and glazed, with a central round vent hole. The upper part of the back is moulded and decorated, and there is a flat, 0.6cm, vent hole 6.8cm from the bottom.
Painting
Lead-glazing
Gilding 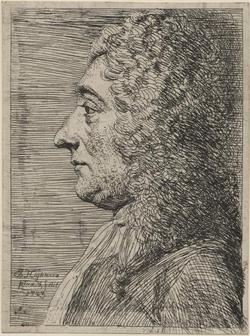 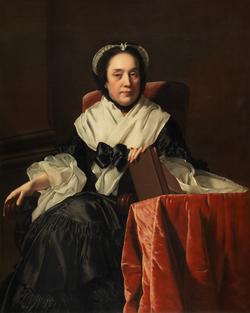 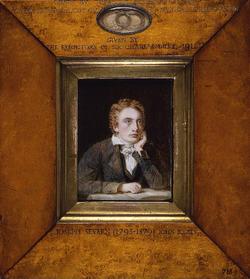 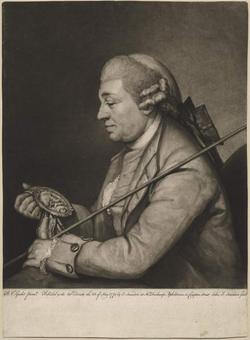 Mr Garrick as Steward of the Stratford Jubilee September 1769 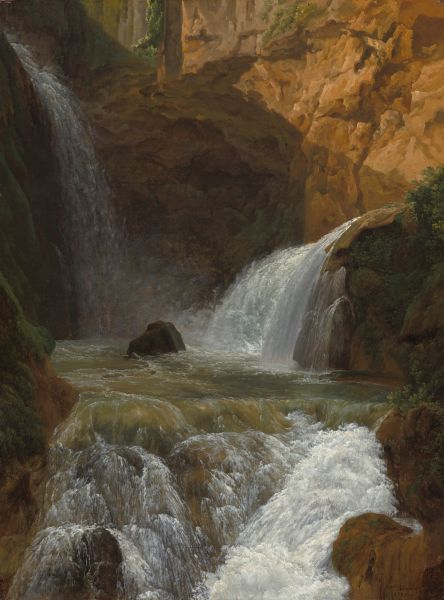 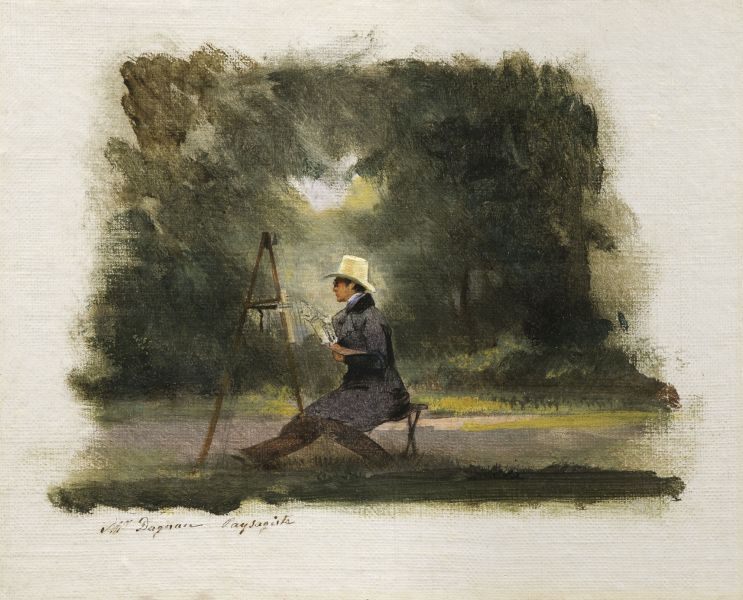