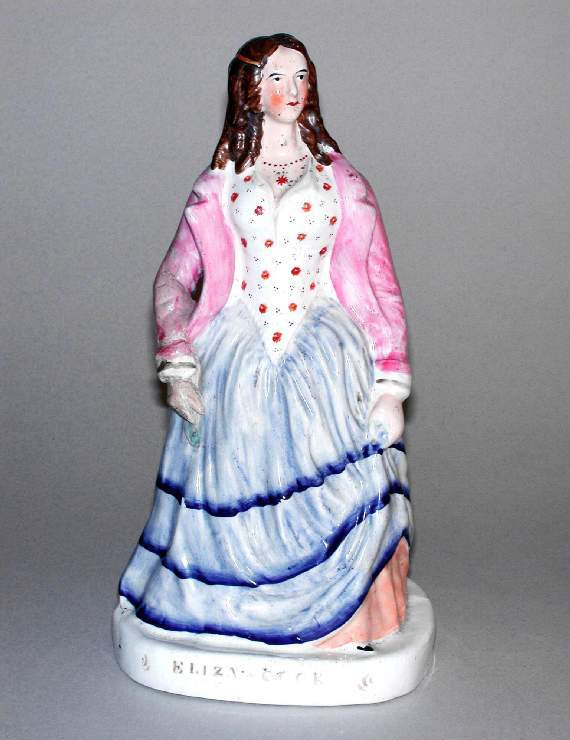 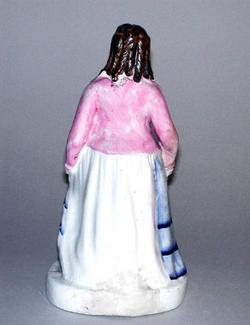 Eliza stands with her head turned towards her left; her left hand holds up her skirt to show her petticoat. The rounded-rectangular base is inscribed ‘ELIZA COOK’ in indented gilt capitals with three strokes of gilt to each side. The figure is well coloured. Eliza wears a full, three-tier, blue skirt, with the edges painted a darker blue; a white bodice, open at the neck and decorated with red flowers; a pink jacket displaying gilt-lined white cuffs; and a red necklace with a star-shaped pendant. Her brown hair falls in ringlets to her shoulders, and is caught at the top by an orange band. The underside is concave and glazed with a vent hole towards the left back corner. The back is moulded, but only the upper half is painted.

Eliza Cook (1818-1889) was the daughter of a London tradesman and a radical poet and writer. Her weekly Eliza Cook's Journal, published from 1849 to 54, featured a mix of household and childcare hints, poetry and fiction, and essays supporting causes such as careers for women, public libraries, mechanics' institutions, and extended museum opening hours. First year circulation reached over 50,000 copies collected versions of its essays and other items were published. On purchasing this figure, in 1917, Dr Glaisher wrote: ‘in my younger days Eliza Cook’s poems enjoyed great popularity and I have heard her preferred to Tennyson who had not then reached the height of his fame’.

Following Pugh (1970) and Balston (1958), it seems more likely that this figure was made by the ‘Alpha Factory’, an as yet unidentified producer whose figures share a number of common features. Here these include: well moulded in the round; subsidiary moulding; and the title in indented gilt capitals bracketed by three strokes of gilt.

Rackham (1935) lists this figure as of a type made chiefly by Sampson Smith at Longton, a factory listed in contemporary directories as a ‘manufacturer of figures in great variety’, which began around 1851 and continued to make figures in quantity into the early part of the twentieth century. But there were many other manufacturers of figures working in Staffordshire at this time.

The figure was probably made in the period 1849-54, whilst the journal was in publication, as it shows her with young features, and afterwards she was less publicly active.

Press moulding : White earthenware moulded in three parts, with separately moulded right arm, and lead glazed. Painted with black, brown, blue, red, pink and flesh-pink enamels, and gilt. The underside is concave and glazed with a vent hole towards the left back corner. The back is moulded, but only the upper half is painted.
Painting
Lead-glazing
Gilding

Inscription present: in indented gilt capitals with three strokes of gilt to each side. 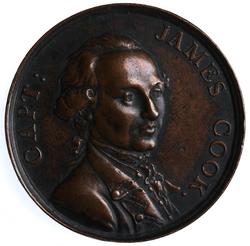 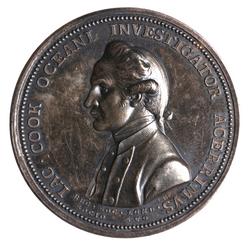 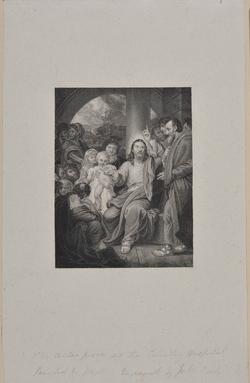 Altar piece at the Trinity Hospital 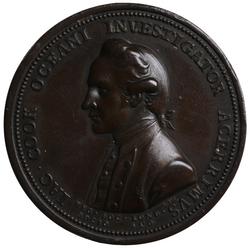 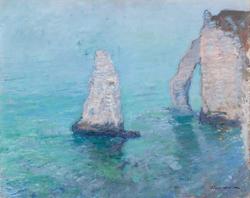 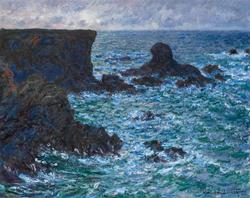