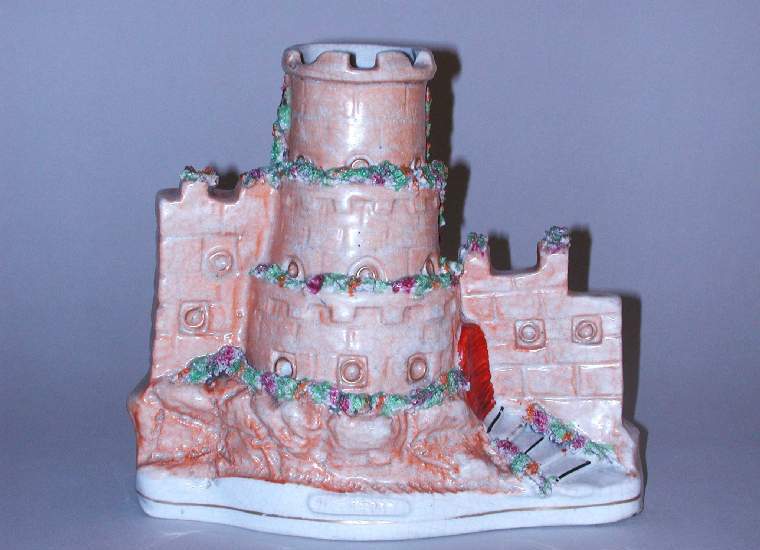 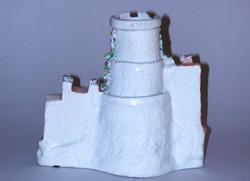 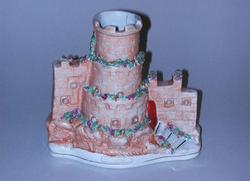 The Redan at Sebastapol

The oval base is squeezed to a thin rectangular shape at either end; a gilt line runs across the front, and above it a small ribbon is inscribed ‘THE REDAN’ in raised, gilded capitals. The top of the base is moulded to indicate a rocky outcrop, and painted brown; on the viewer’s right is a flight of five white steps, edged in black. Above, the walls of the castle stand to either side of a round, central tower, which is in three tapering tiers edged with pink and green shards representing moss. The top of the tower is open. The building walls are brown, and are moulded to suggest blocks, castellation, and portholes for the mouths of cannon. The underside is concave and glazed. The back is shaped and part-moulded. There is a 5cm circular opening on top of the tower, forming a vase.

History note: Mr Graham, proprietor of a shop in the Brompton Road, who said he had bought it shortly before at Lincoln. Bought on 18 October 1909, for 22/- (Two pounds and two shillings), by Dr Glaisher, Trinity College, Cambridge

Rackham (1935) lists this figure as of a type made chiefly by Sampson Smith at Longton, a factory listed in contemporary directories as a ‘manufacturer of figures in great variety’, which began around 1851 and continued to make figures in quantity into the early part of the twentieth century. Moulds for a model of Sebastopol are among those that have been found at the Sampson Smith factory. According to Woolliscroft, that model of Sebastopol is the one shown in Balston, which is a companion piece to this model of The Redan (and also Malakoff). It is therefore likely that this is a Sampson Smith model.

The Crimean War (1854-56), in which France, England and Turkey formed an alliance against the Russian Empire, was a popular source for Staffordshire figures. The Redan was part of Sebastopol, a Russian fortress, which fell to the allies in September 1855, after a year-long siege. Staffordshire models were also made of the Sebastopol gateway and of the Malakoff outwork, the three forming a matched set.

The open topped round tower may have been used as a spill-vase.

The three models are generally found with a French tricolour flying from the top of the tower. Close examination of this one shows the beginning of some moulding for the flag pole, but the top of the tower is fully glazed. It thus appears that this model was made without a flag, or perhaps that it broke off at the biscuit firing stage.

Press-moulding : White earthenware moulded in three parts, with small shards of clay added to decorate. Painted with black, brown, green, pink and orange-red enamels, and gilt. The underside is concave and glazed. The back is shaped and part-moulded. There is a 5cm circular opening on top of the tower, forming a vase.
Lead-glazing 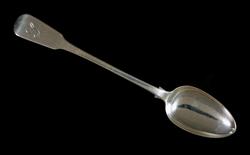 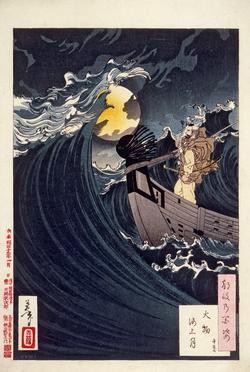 Moon above the sea at Daimotsu Bay – Benkei (Daimotsu kaijô no tsuki – Benkei), from the series 100 aspects of the moon (Tsuki hyakkei) 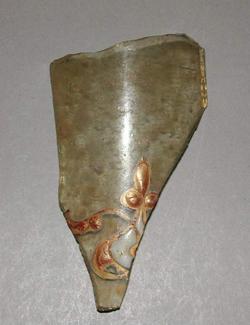 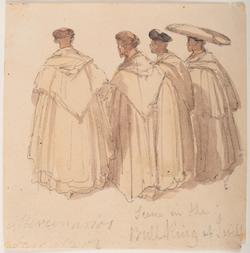 Scene in the Bull Ring at Seville 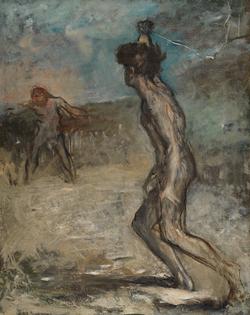 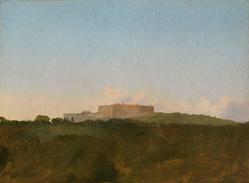 View of the Fortress Sant’Elmo, from Capodimonte, c.1856 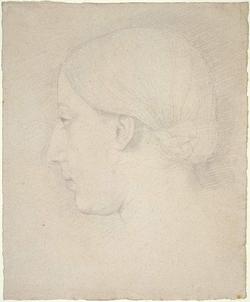 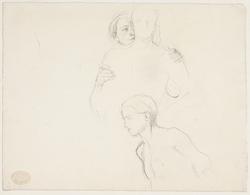