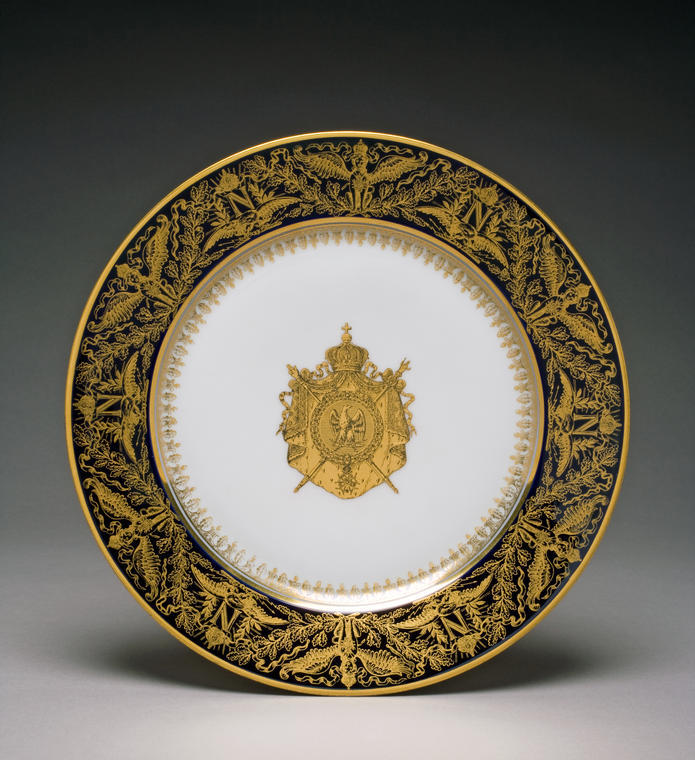 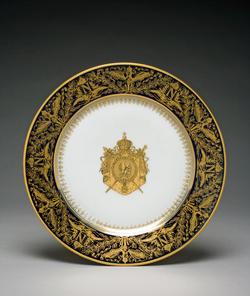 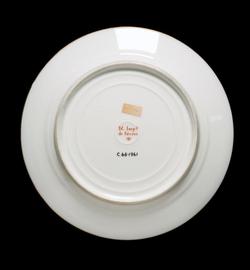 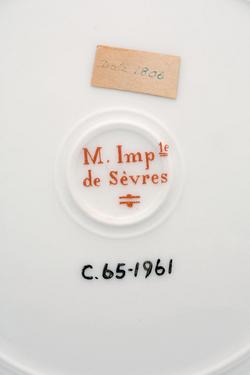 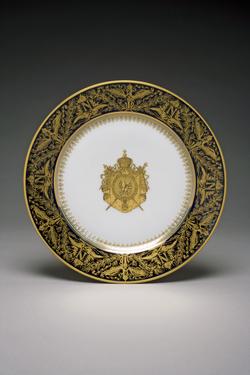 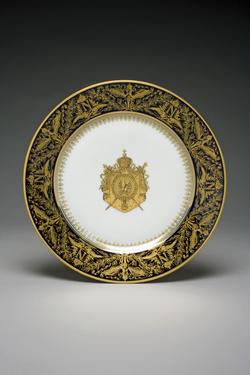 Hard-paste porcelain plate with a white ground centre and beau bleu ground border. In the centre are the Imperial Arms of France in gold and black.

Hard-paste porcelain decorated with a beau bleu ground, transfer-printingin gold, and gilding. Circular with slightly shelving border and shallow well. On the underside there are two concentric ridges close together outside the foot ring, and two 1 cm apart inside the footring. The front is decorated in the centre, with the Imperial Arms of France printed in gold with black outlines. On the cavetto there is a band of gold acorns and oak leaves with tips pointing towards the centre. The border has a beau bleu ground printed in gold with two alternating motifs. (A) A sphinx wearing the Imperial crown flanked by ribbons, and a collar and star of the Legion of Honour (?) round its neck, sitting on two oak branches; and (B) An N resting on the back of an eagle, standing with outstretched wings on a thunderbolt, with the Imperial crown above the N. There are bands of gilding round the outer and inner edges of the border and on the exterior of the footring.

History note: Acquired by the testator before October 1948

Inscription present: the le of Imple raised with two horizontal lines beneath

Inscription present: an horizontal line with semi-circle in the centre, and below, the same, reflecting it (so it looks like a circle separated by two horizontal lines)