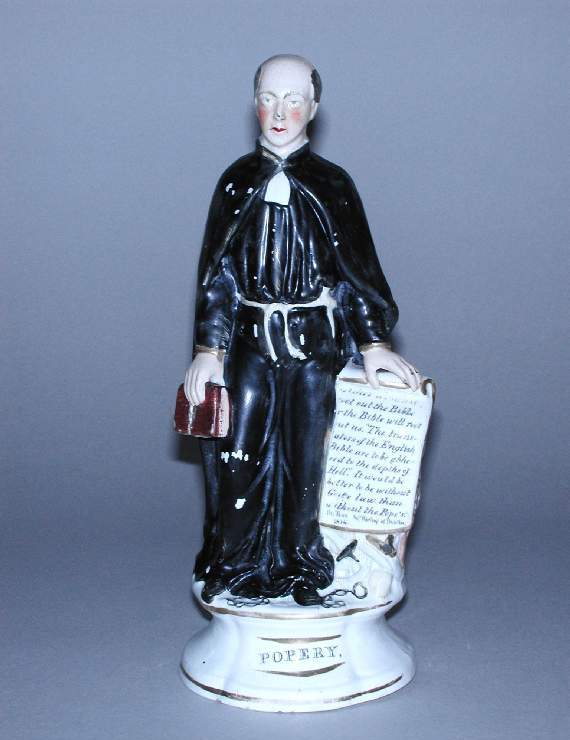 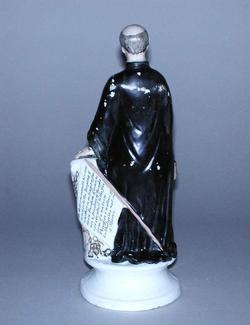 A bare-headed priest stands in dejected pose. He holds a chained book in his right hand, a scroll in his left, and his feet are chained. Behind him is a banner, swathed in chains. The figure is well coloured. The priest wears black clerical dress with white bands and a white cord around his waist. The book is brown; the chains are black and gilt; the scroll is outlined in gilt; and the banner has a flesh-pink pole. The priest’s black hair has a combed pattern, his eyes are gilt and his eyebrows finely painted.

The round base is deeply waisted, with additional shaping to the front. A gilt line runs across the top and bottom of the base, and a transferred title, ‘POPERY.’, sits between two short, horizontal, gilt lines. The banner and scroll are also transfer printed. The scroll reads: ‘Either we must root out the Bible or the Bible will root us out. “The translators of the English Bible are to be abhorred to the depths of Hell”. It would be better to be without God’s law than without the Pope’s’. Dr. Troy. Arh Bishop of Dublin 1816’.

The banner reads: ‘He that commiteth his conscience to the keeping of another is no longer a free man. Freedom of conscience and freedom of thought are essential to the freedom of a nation. Therefore a nation of Catholics is a nation of slaves’.

The underside is concave and glazed. The back is fully moulded and decorated, but without gilt.

A mainly white and gilt figure of ‘Protestantism’ exists as a pair; this has a very similar base and transfer title and a Union Jack shield instead of the chains, whilst its two inscriptions include the words ‘the open Bible is the Religion of Christians’.

Following Pugh (1970) and Balston (1958), it is possible that this pair, and three other anti-Catholic figures, were made by Thomas Parr of Burslem, whose factory operated from around 1847. The Parr factory is known to have used transfer titles and added quotations to its figures, and there are some similarities, such as the pre-Victorian style and the enamels used on the female figures’ skirts, with certain figures of Shakespearean characters that have been attributed to the Parr factory (in the ‘Tallis’ series).

‘Popery’ is here depicted as a priest, with chained Bible and shackled to the Archbishop of Dublin’s 1816 declaration against Protestantism. Despite the figure’s pre-Victorian appearance, it is generally thought to have been made at the time of anti-Catholic protest caused by the Pope’s granting of English territorial titles to Catholic Bishops, in 1851.

Press moulding : White earthenware moulded in three parts, with separately moulded hands and book. Painted in black, brown, grey, red and flesh-pink enamels, and gilt, and transfer printed. The base is concave and glazed. The back is fully moulded and decorated, but without gilt.
Painting Lead-glazing Gilding 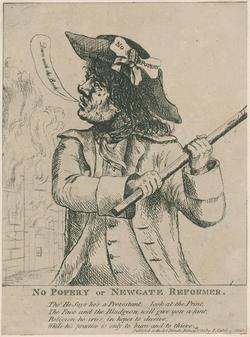 No Popery or Newgate Reformer 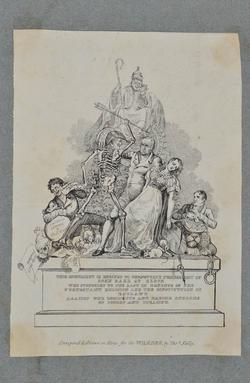 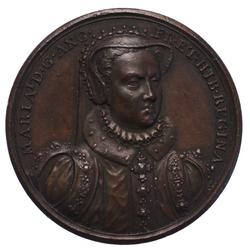 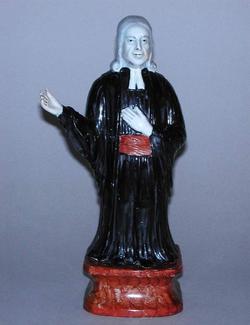