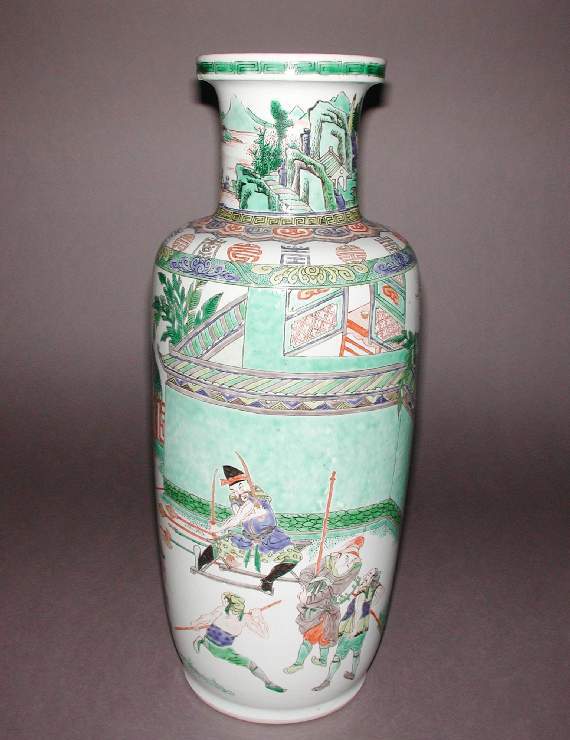 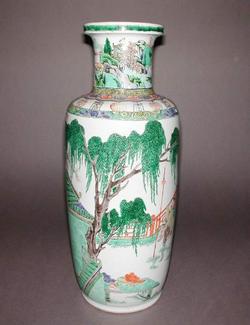 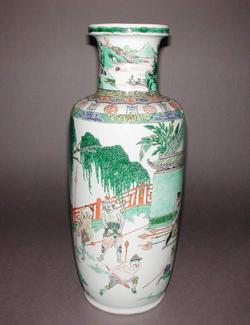 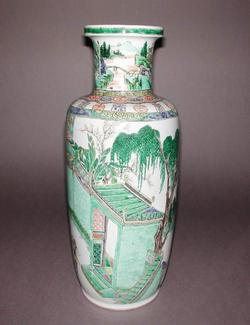 Rouleau vase. Hard-paste porcelain painted with turquoise, two greens, aubergine, yellow, iron-red and black enamels, and gilding. The cylindrical body is decorated with a continuous scene of two warriors engaged in combat practice watched by fellow warriors standing in pairs to either side and the commander sitting on a folding stool behind brandishing two swords; all in a walled courtyard with banana palms, a willow and a cherry tree and numerous long-handled weapons lying on the ground. The shoulders are decorated with a frieze of alternating shou and fu characters in iron-red, blue, gilding and aubergine between a narrow green-ground stippled band of lotus meander and a border of ruyi heads pendent from a yellow fret band round the base of the short upright neck, well painted with a continuous lakeside scene; a green fret border encircles the galleried rim.