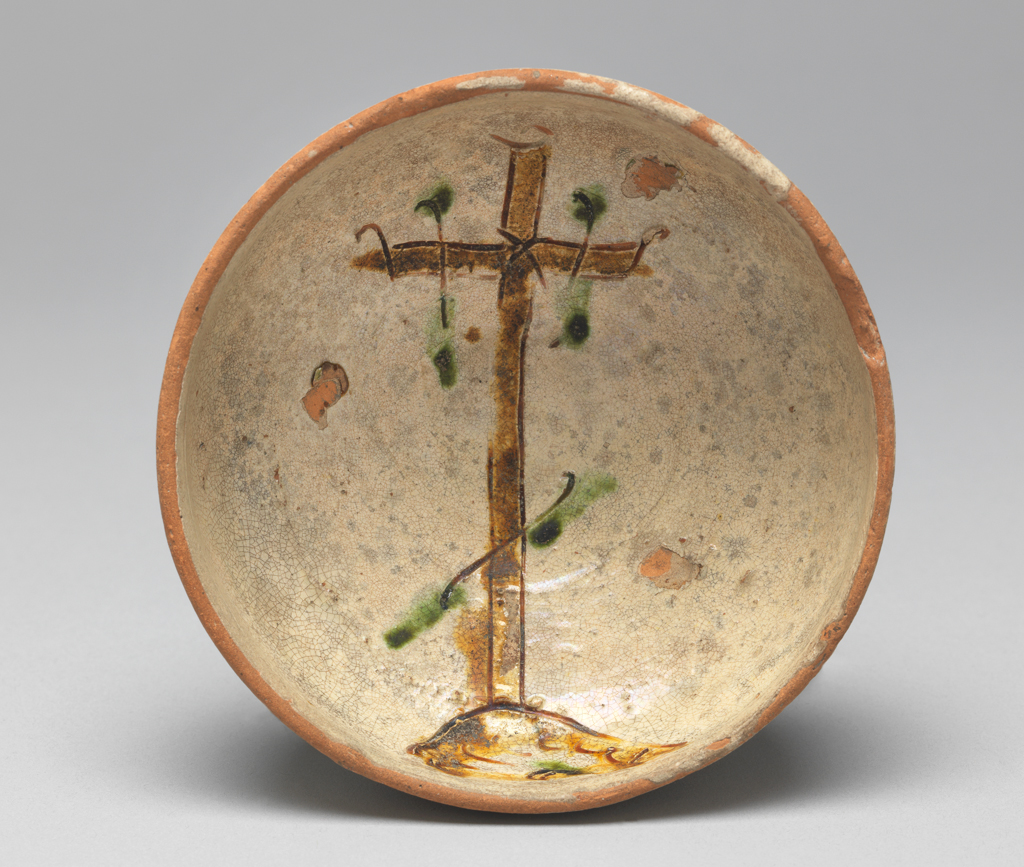 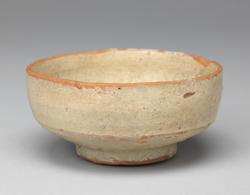 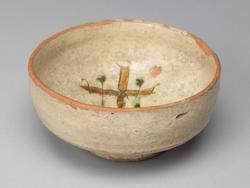 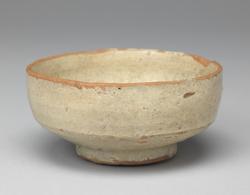 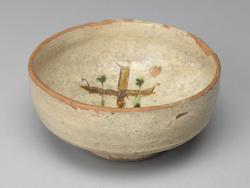 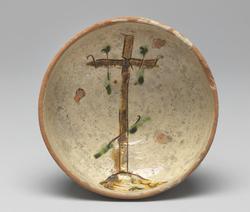 Pale red earthenware covered with white slip except for the underside of the foot. Incised and painted in green and brownish-yellow under lead glaze which extends over the outside. Three spur marks inside.
Shape 94.
Inside is a Cross with strokes over the stem and arms, standing on a mount.

History note: Purportedly from Cyprus. George Davis Hornblower (1864-1951) by whom given

Given by G.D. Hornblower, OBE

Label text from the exhibition ‘Madonnas and Miracles: The Holy Home in Renaissance Italy’, on display at The Fitzwilliam Museum from 7 March until 4 June 2017: Conduct books insisted that the family meal should be a sober, devout occasion. Everyday crockery with sacred motifs, such as the instruments of the Passion of Christ, or the cross bearing the nails that pierced Christ’s body, reminded diners of the central beliefs of their faith, while scenes from the lives of the saints, such as the image of St Francis with a rosary on the one-handled cup, offered models of Christian piety, obedience and restraint.

This bowl was formerly attributed to Cyrpus

Slip-coated : Pale red earthenware covered with white slip except for the underside of the foot. Incised and painted in green and brownish-yellow under lead glaze which extends over the outside.