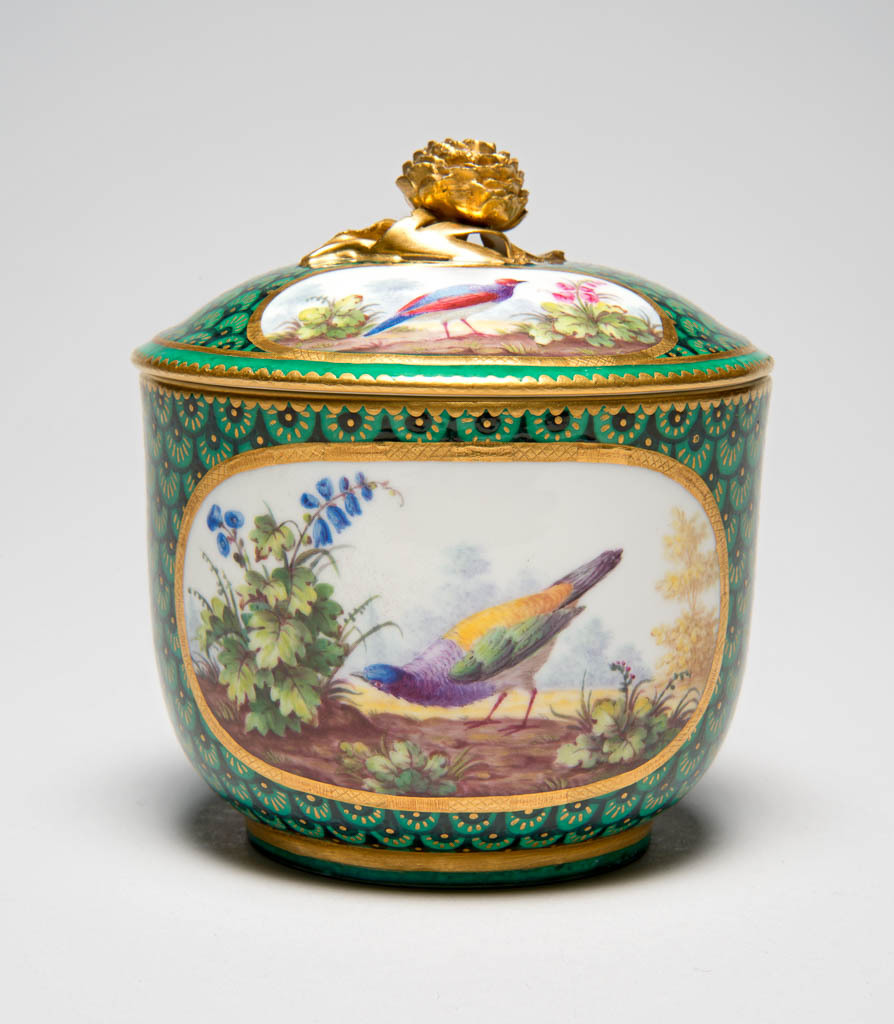 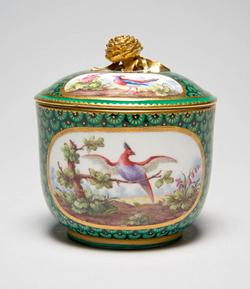 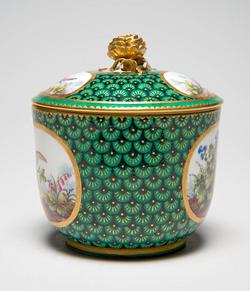 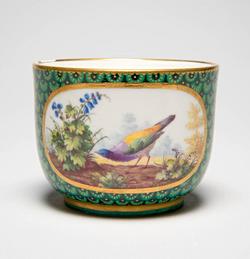 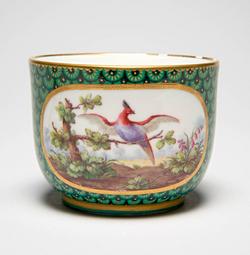 Soft-paste porcelain, with a green ground, painted in enamels in reserves each containing a bird in landscape, and gilded.

Soft-paste porcelain decorated with a green ground, painting in blue, very dark blue, shades of green, yellow, pink, red, pale purple, grey, brown, and black enamels, and gilding. Circular, the sides curving outwards and upwards from the footring and then almost vertically to the rim. The cover is slightly domed and has a knob in the shape of a multi-petalled flower on a stalk with three leaves. There are suspension holes in the footring of the bowl and inside the flange of the cover. The ground is green with an overall scale pattern outlined in very dark blue with a gold spot and five radiating gold strokes in each scale. There are two oval reserves on the bowl and on the cover, each framed by a band of gilding tooled with alternating panels of criss-crosses and striations. One reserve on the bowl containsan exotic bird standing in a landscape between a flowering plant and bushes, and the other an exotic bird perching on a tree branch, with a plant on the right and hazy trees in the background. There are bands of gilding round the foot and a dentilated band round the rim. The cover has two kidney-shaped reserves, similarly framed, each painted with an exotic bird standing between plants in a landscape. The finial is gilded overall, and there is a dentilated gold band round the edge.

Mid 18th Century
Production date: AD 1769 : The basin bears the date letter for 1769 but the decoration was almost certainly added later, and possibly the marks

François-Joseph Aloncle (1734-81) was employed at the Sèvres between 1758 and his death. Although he sometimes painted other subjects, he was primarily a bird painter.

Teaware of Calabre form was named after Pierre Calabre, a shareholder in the Charles Adam (1745) and Eloi Brichard (1752) companies at Vincennes and Sèvres, who retired in 1756. The sucrier Calabre was made from at least from the autumn of 1752, and the first recorded sale was on 12 May 1753 to the marchand mercier, Lazare Duvaux. It was made in two sizes.

The scale decoration of the green ground of this piece is not typical of Sèvres and suggests that it was added over an existing green ground, or that the sugar bason was sold in the white and entirely decorated and marked at a later date, probably in the 19th century. The base is slightly blackened round the footring which also suggests later decoration

Inscription present: wide rectangular white paper label, with a semi-circular tear in the top to left of centre 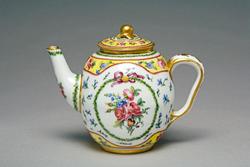 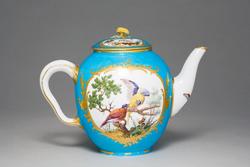 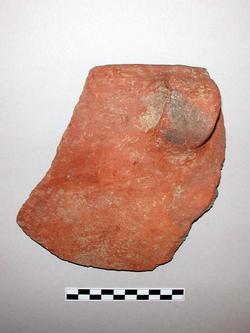 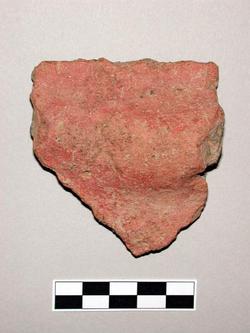