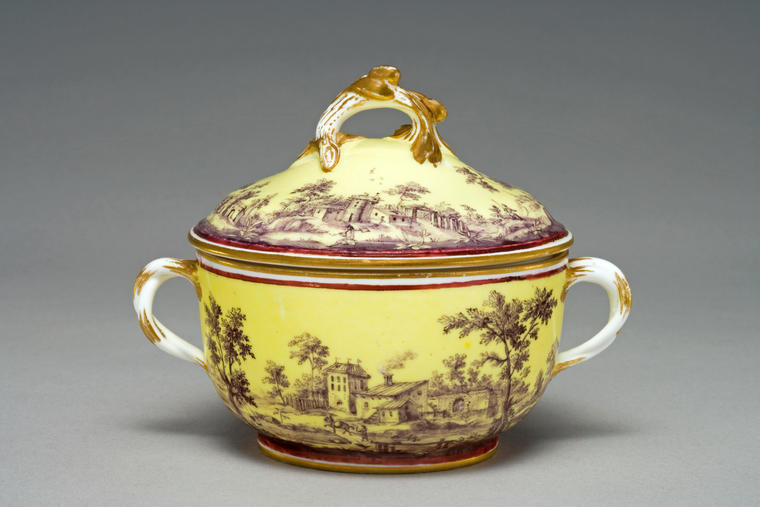 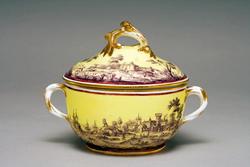 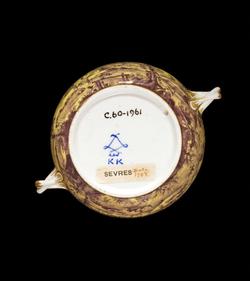 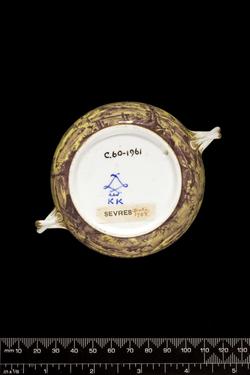 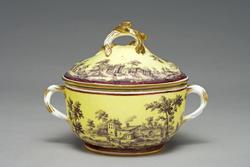 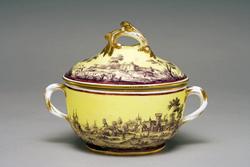 Soft-paste porcelain broth bowl and cover, with a yellow ground painted in manganese-purple with a continuous landscape, and gilded.

Soft-paste porcelain, thrown, painted in manganese-purple and maroon enamels, and gilded. The glaze on the interior has a few grey and black speckles.Circular bowl with entwined branch handles and a domed cover with a handle in the shape of an olive branch with fruit and leaves. There is a hole in the footring and on the inside of the rim of the cover. Both parts have a yellow ground decorated in manganese-purple with continuous landscapes with buildings, and a few figures. On one side of the bowl, there is a village, and a lighthouse on a promontary beside an estuary where a man stands on a jetty, and there are two rowing boats near the shore, and five sailing ships out at sea. On the other side is a farm, a man following a packhorse over a low bridge, and a man sitting fishing under a tree. The foot and rim of the bowl and the edge of the cover are each encircled by a maroon band, a white reserved band and a gold band. The knob and handles are partially gilded.

Late 18th century
Louis XVI
Production date: AD 1787 : The bowl bears the date letter for KK and was accessioned as 1788 but it appears from a comparison of marked pieces and factory records that these letters were used in 1787

The continuous landscape is typical of Vielliard's later work and is reminiscent of fan decoration, see Documentation, Bellaigue, 1979)

The écuelle ronde was made in four sizes from 1752.

Inscription present: the four is the open variety, not as typed 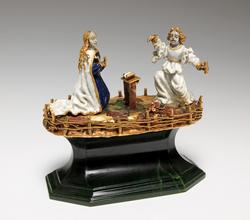 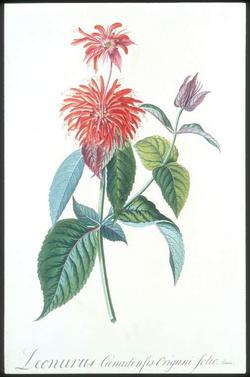 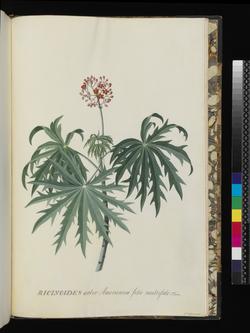 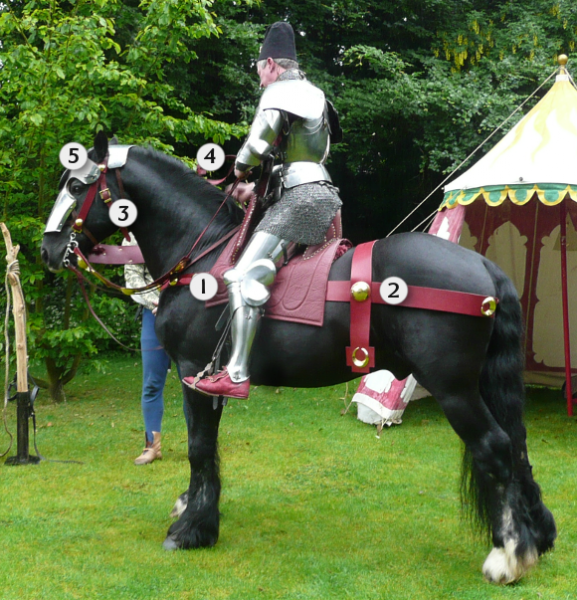 Arming a Knight and his Horse 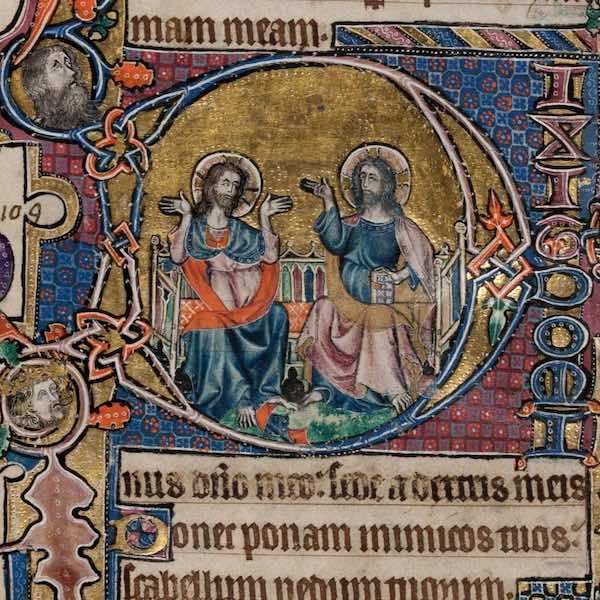