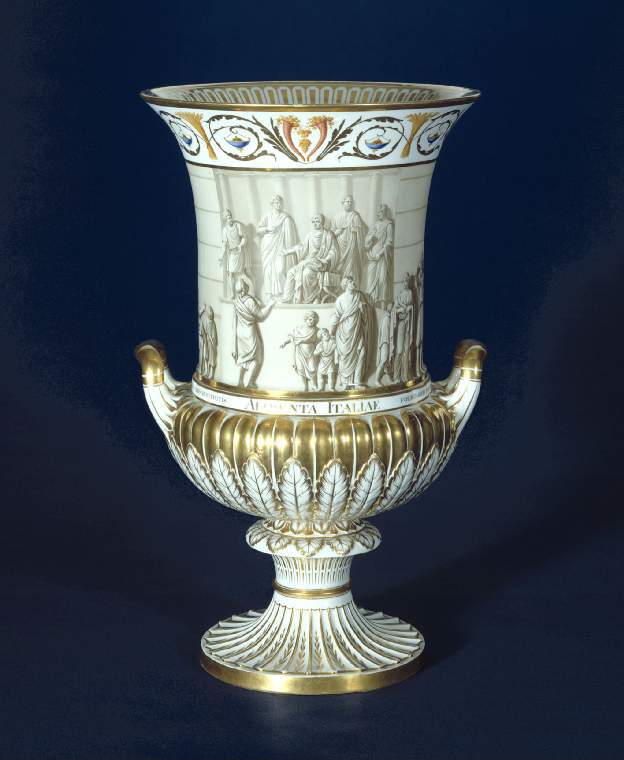 Campana-shaped vase. Hard-paste porcelain, moulded, painted in blue, red, yellow, shades of grey and black enamels and gilt. Campana-shaped. The hollow, circular foot is moulded with bat's-wing fluting and rises in the middle to an anulet. It then flares upwards and outwards into an everted flange decorated with two rows of different leaves in relief. The rounded lower part of the body is decorated with leaves in relief and the lower parts of the handles are moulded with formal foliage. Above is a narrow vertical band above which the sides rise vertically and then flare outwards to the everted rim. The main field of the vase is decorated in shades of grey with a frieze showing the Emperor Trajan seated in front of six columns, accompanied by three men in togas and one in a short tunic. Below, continuing round the vase, is a queue of men, women and children. Below at the front in gold letters is the title 'ALIMENTA ITALIAE.' followed in black letters by an inscription which continues round the vase 'FOEMINARUM FOECUNDITATI GENITORUMQ: SPEI CONSULVIT PUBLICUS PARENS PER UNIVERSAM ITALIAM PUERIS PUELLISQ: ULPIIS ALIMENTARIIS INSTITUTIS.' Round the rim is a border of yellow corn sheaves and red cornucopiae with bunches of grapes dangling between them, separated by foliated scrolls from which are suspended blue lamps. Inside the rim there is a border of gilt, tapering vertical lines, and the relief ornament on the lower part is gilt.

History note: The vase was presented in 1816 to Rudolf Ackermann (1764-1834), a native of Saxony, on behalf of the King of Saxony by the ambassador in London, Baron St. Just; by descent to Edgar Ackermann, 1920; Russell Button, Chicago; Rudi Leuser, Grand Rapids; Arthur Ackermann & Son Ltd, 1986; Throgmorton Trust PLC, London.

Purchased with the Sir Richard Jessel Fund, and with contributions from the Friends of the Fitzwilliam Museum and the National Art Collections Fund

Ackerman was born at Stolberg in Saxony and retained a deep affection for his native land although he lived in London from the mid 1780s, and becamed a British citizen in 1809. After Napoleon's victories at Jena and Auerstadt in 1806 he worked secretly to relieve distress in Germany, and in 1814 became joint Secretary of the Westminster Association for the Further Relief of the Sufferers by the War in Germany which raised £100,000 to alleviate hardship exacerbated by the battle of Leipzig in 1813. The Association also supervised the distribution of the fund and a further £100,000 donated by the British government. For this work Ackermann was awarded the order of Civil Merit by the King of Saxony in 1816, and in October of that year, the king's ambassador, Baron St Just, presented him with this vase and two biscuit porcelain figures of Ceres and Hera as a token of the gratitude of the people of Saxony.

Documents in the archives of the State Porcelain Manufactory in Meissen and in the State Archives of Saxony in Dresden show that the vase was commissioned by the Saxon government in June 1814 specifically for Ackermann. It was painted by Heinrich Gotthelf Schaufuss (1760-1838) after a design by Johann David Schubert (1761-1822), and was probably completed by June 1815.

This vase could be regarded as a memorial to the close political and cultural relations between Britain and Saxony during the early nineteenth century, ties which were strengthened in 1816 by the marriage of Prince Leopold, Duke of Saxony and Prince of Saxe-Coburg Saalfeld, to Prince Charlotte, the heir presumptive to the English throne. The frieze on the side of the vase shows the Emperor Trajan (AD 98-117) instituting his alimenta for child support after a relief on the Arch of Constantine. The subject, taken from a well-documented episode in Roman history, also depicted on the Arch of Trajan at Benevento, but unusual in later art, is an expression of the high moral tone inherent in neoclassicism. It was selected as a tribute to the charitable activities of the recipient of the vase, Rudolph Ackermann (1764-1834), the London publisher, and proprietor of the famous Repository of the Arts in the Strand. 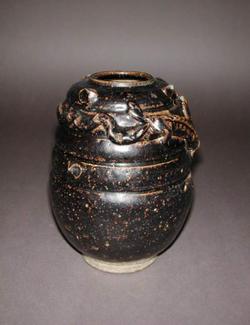 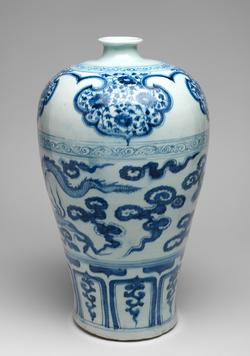 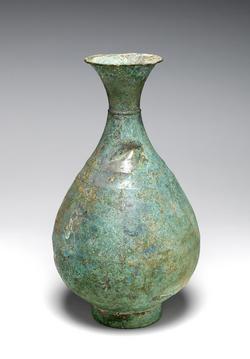 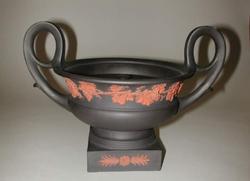