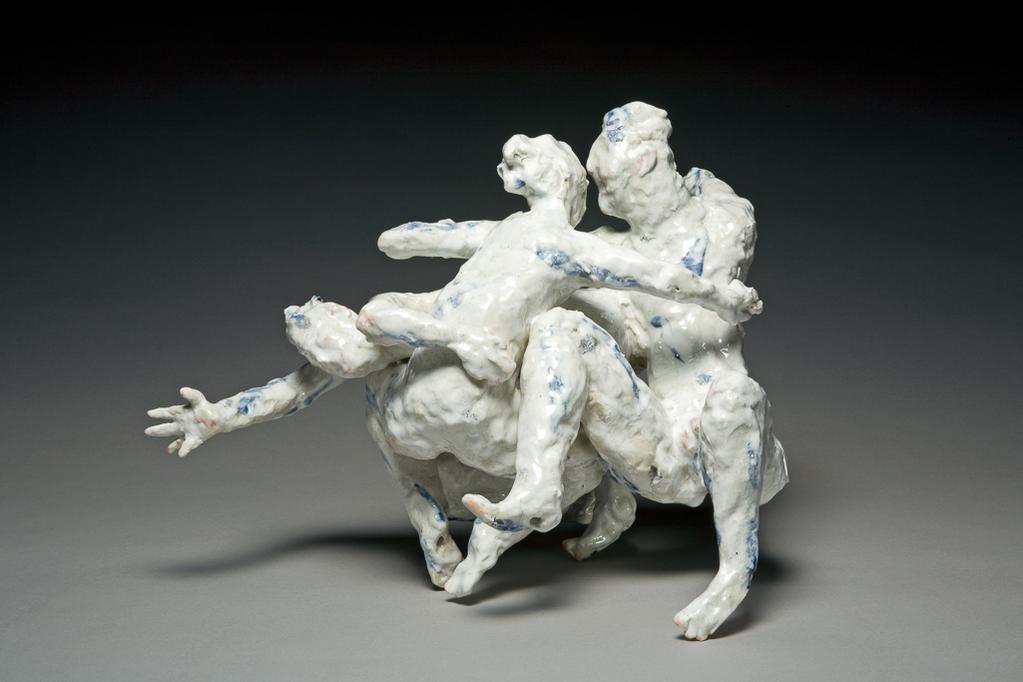 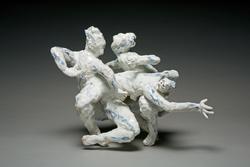 Group of three figures, porcelain with semi-opaque white glaze, painted in blue, and pinkish-red. Three nude figures, a man, a woman, and a man with a boar-like head, each tickling the waist of the one in front, in a tangled continuous group supported on the toes of one of each figure's feet. The man leans back, and has his left arm behind his back; the woman leans forward towards him with her left arm bent up, and the other outstretched, and the boar-headed man leans right forward so that his back is almost flat.

Text from object entry in A. Game (2016) ‘Contemporary British Crafts: The Goodison Gift to the Fitzwilliam Museum’. London: Philip Wilson Publishers: ‘Each piece seems to contain an internal fight, a clashing of gentility and violence, of soft and hard, sensitivity and wantonness. I tend to think that this is partly a result of Flynn’s long-standing interest in the 18th century, which gave us at the same time Meissen, Fragonard, Fuseli, and Goya.’ Paul Greenhalgh, Director, Sainsbury Centre for Visual Arts, University of East Anglia 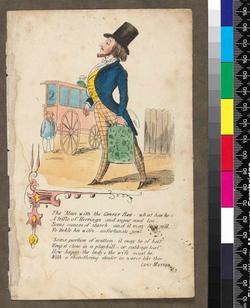