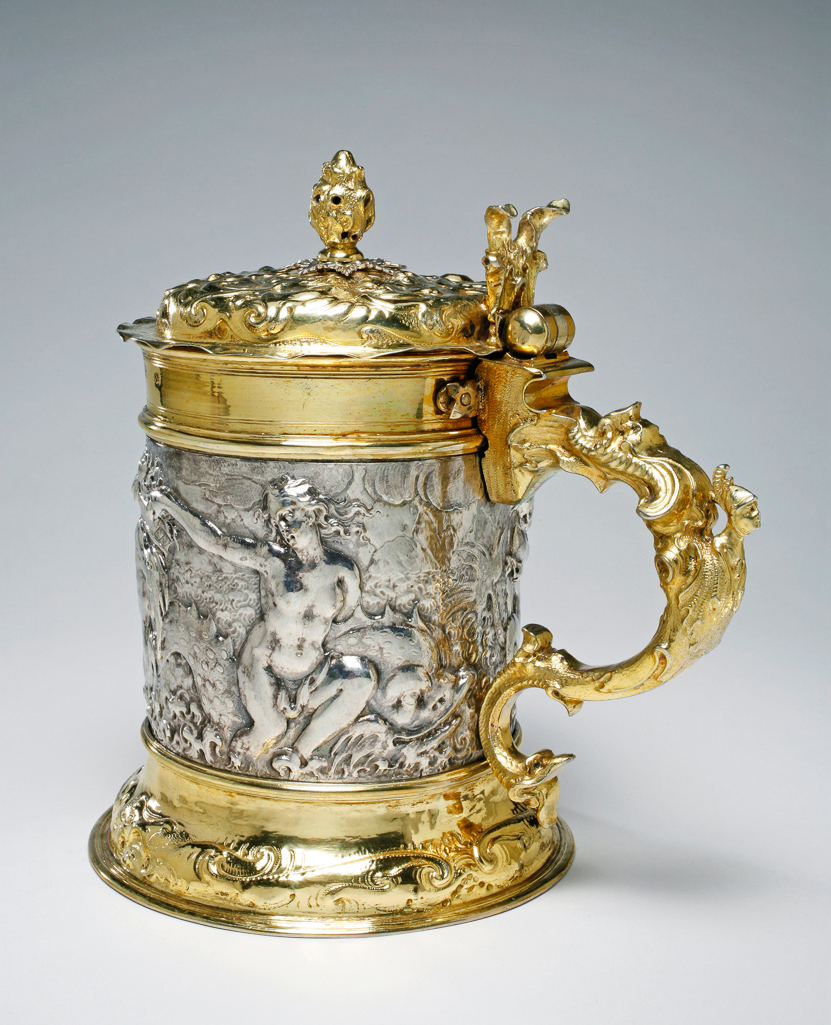 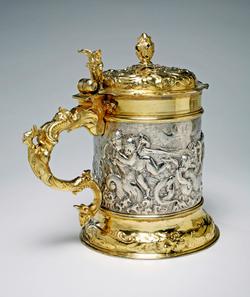 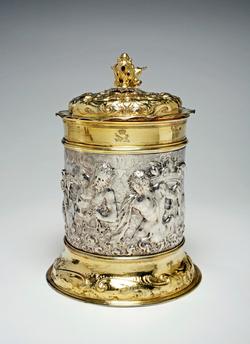 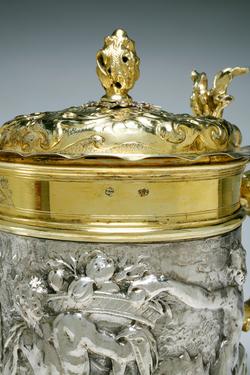 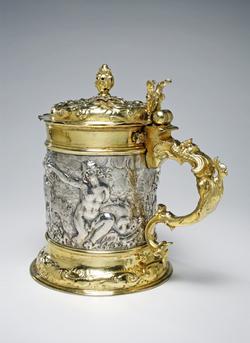 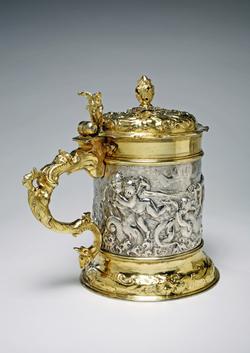 Silver, parcel-gilt; cylindrical body of silver embossed with ornate marine scene; the cover, foot and handle of silver-gilt decorated in the auricular style.

Silver, parcel-gilt, embossed, chased and engraved. The silver cyclindrial body is heavily embossed and chased with maidens riding sea monsters, a marine deity, a fawn carrying a basket of fruit and flowers, a cherub and a baby. There is an inner body of silver-gilt and the mounts, cover and handle are also silver-gilt. The slightly domed spreading circular foot is embossed with scrolls resembling waves. The plain neck mount has two applied moulded bands. The cover is slightly domed with a plain, slightly wavy edge. The centre of the cover is embossed and chased with an auricular style pattern of scrolls. The silver-gilt auricular knop stands on a caylix of silver stiff leaves. The ornate double scroll handle is cast with a serpent's head terminal and warrior's head thumb rest. The thumb-piece is bifucated and cast in the auricular style. Three crests are engraved at the front of the neck mount: a Marquess's coronet over over a martlet on a coronet (Temple), and a bust facing to left (Brydges).

History note: Sir Richard Temple-Nugent-Brydges-Chandos-Greville, later 1st Duke of Buckingham; by descent to the 3rd Duke of Buckingham. Sold on the 19th day of the Stowe House sale, 7 September 1848, lot 649; bought by Town and Emmanuel. Charles Brinsley Marlay (1831-1912) , by whom bequeathed

History note: Bought by Town and Emmanuel from the Stowe House sale for £42.0.10. 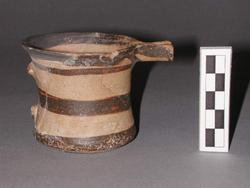 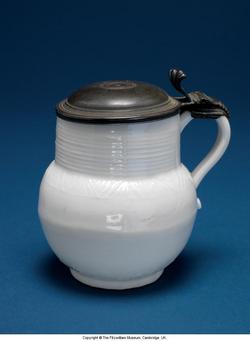 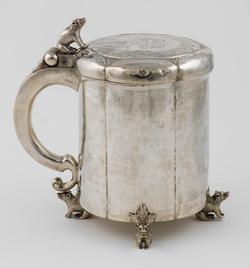 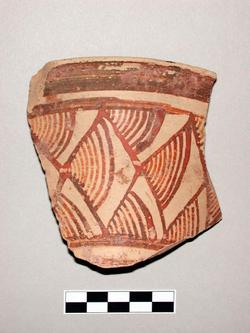