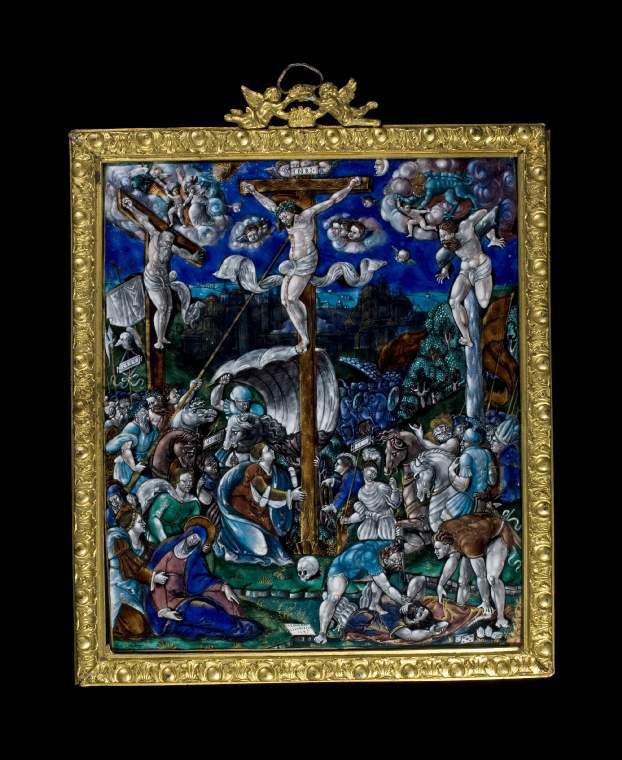 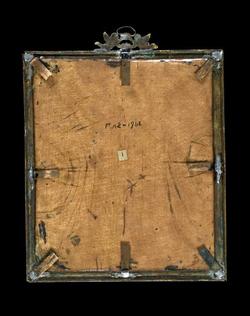 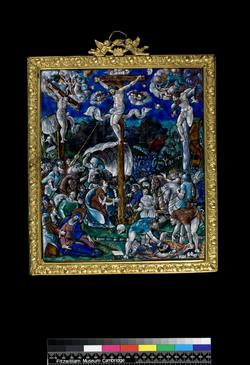 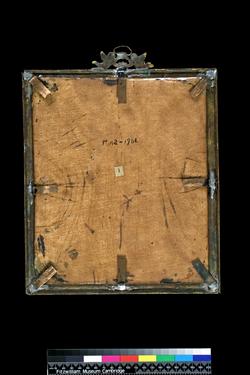 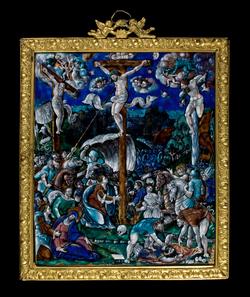 Christ hangs on the Cross with a titulus inscribed ‘INRI’ in black. Blood streams from his wounds, and he wears a green crown of thorns, and a white loin cloth which billows out on either side of the Cross. Above there are four cherubs' heads, and, on the left the sun, and on the right, the crescent moon with a face. Lower down on each side there is a group of three cherubs' heads amid clouds. The blue sky is scattered with tiny gold stars. The repentant sinner, St Disma, hangs peacefully on a cross on the left. His soul is shown above his cross as a small nude figure being lifted to heaven by two angels. The urepentant sinner hangs contortedly on a rustic cross on the right. His soul is shown above being seized by a green devil. On each side of the Cross, there is a crowd with three horsemen on the left and two on the right. One on the left, St Longinus, spears Christ’s side, and another holds a billowing flag. On the extreme left is a man holds a standard with a helmet below, and, on a panel beneath it, the date ‘1536’ in black. Closer to the Cross a youth holding a pole with a panel inscribed ‘.VENI’. On the right of the Cross a man holds a pole with a tabella ansata initialled ‘LL.’. St Mary Magdalene kneels at the foot of the Cross which has a skull on the grass in front of it. In the left foreground, the swooning Virgin Mary is supported by Mary (the mother of James?) and St John. In the foreground to right are three men fighting over Christ’s garment, and in the lower right corner, two playing cards, and three dice on the ground. A panel at bottom centre, is signed ‘LEONARDVS/ LEMOVICVS/.1536’.In the landscape background there are is a large dark blue town or palace, a column of soldiers, and on the right, bushy turquoise trees. Gilding is used to outline and shade the costume, for the poles and standards, and the graining on the wood of the central Cross. The cast gilt-metal frame, is decorated with acanthus leaves alternating with circular cabochon-like motifs, and has at top centre two winged putti holding a coronet over a ducal crown (?). The panel is held in position on the back by flat copper strips soldered to the frame.

In 1986 Madeleine Marcheix, when discussing a later oval Crucifixion by Léonard Limosin, in the Musée de l'Évêché, Limoges (inv. 857-4426) accepted this plaque as characteristic of his work during the period 1535-40, before he adopted a more overtly Mannerist style. Since then doubts have been raised about its authenticity because of the existence of other analogous Crucifixion plaques initialled or signed by him. The closest, iconographically, was formerly in the Alfred Pringsheim and Marczell von Nemes collections, and is now in the Nelson Atkins Museum Kansas City (inv.no. 31-106) . It is dated 1535 and 1536 and initialled LL., and is very slightly larger at 24.66 x 21.27 cm. It differs from the Fitzwilliam’s placque in lacking the cherub’s heads above and below the arms of the Cross. Another is in the Martin D’Arcy Gallery of Art, Loyala University, Chicago. See Documentation. The plaque was in the collection of the Duke of Marlborough before 1862, but it is not known if it was one of the enamels given to the 4th Duke and Duchess of Marlborough in 1793 by a Mr Samuel Spalding.

Inscription present: rectangular paper label printed in the centre with '1' 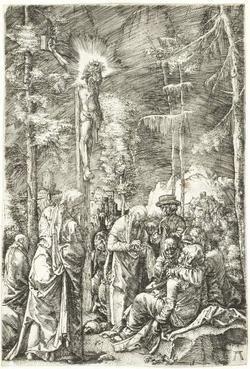 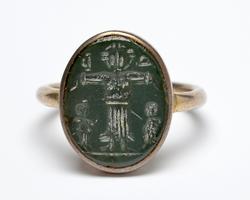 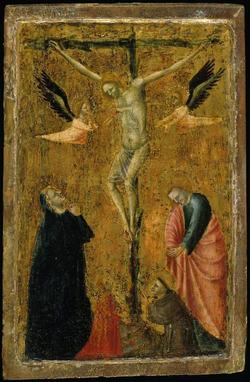 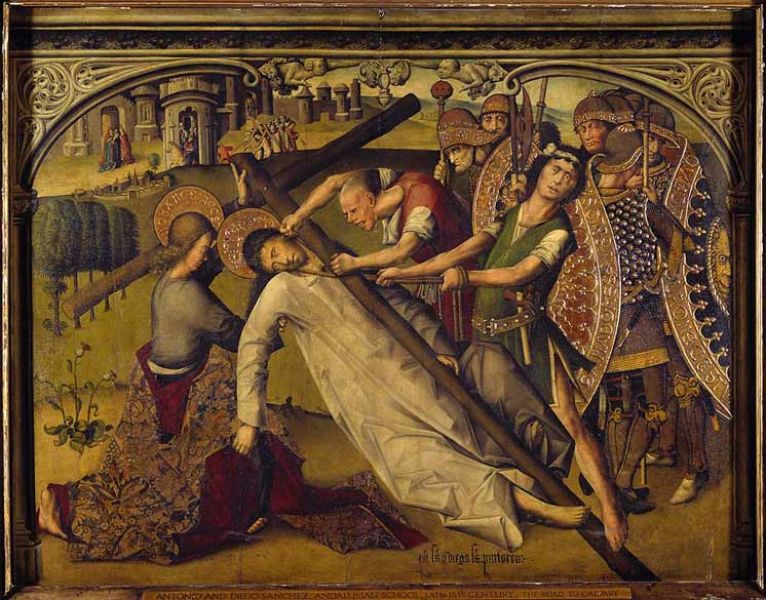